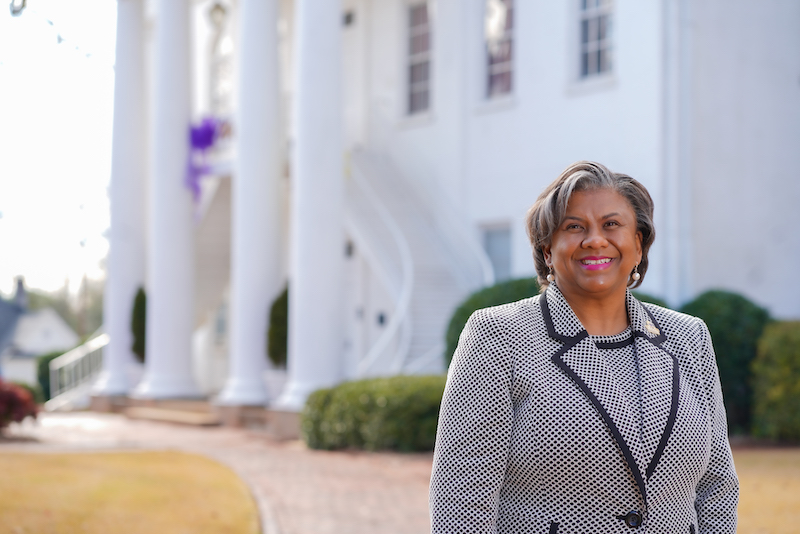 Cynthia Todd is the first Black woman to serve on the UM Board of Trustees. (Contributed)

MONTEVALLO – Alabama Gov. Kay Ivey has appointed Cynthia Todd to serve on the University of Montevallo Board of Trustees. Todd is the first Black woman to serve as a UM trustee.

“I appreciate you serving in this capacity, and I am confident you will render valuable service to the citizens of Alabama,” Ivey said in a letter addressed to Todd.

“It is an absolute honor and privilege to be appointed by Gov. Ivy to the University of Montevallo Board of Trustees,” Todd said. “In this capacity, I commit to serving with honesty and integrity as done in other leadership roles previously held. I look forward to collaborating with this outstanding group of leaders in making impactful decisions for the University of Montevallo.”

Todd, a native of Calera who resides in Pelham, received her bachelor’s degree in business administration and management from UM in 1988. Before her trustee appointment, she served in several roles with the University of Montevallo National Alumni Association from 2006 to 2022.

Todd has had a lengthy and distinguished career in corporate America. On Oct. 1, after 13 years of service, she retired as the operations manager of Blue Cross and Blue Shield of Alabama. She also worked as a manager at Protective Life in Birmingham for more than 20 years.

During her time as a student at UM, Todd served as president of the Alpha Kappa Psi professional business fraternity, was an active member of the Inspirational Voices of Christ, the African American Society and Omicron Delta Kappa National Honor Society. She received several honors, including Senior Elite, Who’s Who Among Students in American Universities and Colleges, Golson Scholars Seminar, The Wall Street Journal Annual Achievement Award, the John A. House Award and The United States Achievement Academy National Collegiate Award.

In addition to her degree at Montevallo, Todd holds a master’s degree in non-profit, public and organizational management from Birmingham-Southern College.