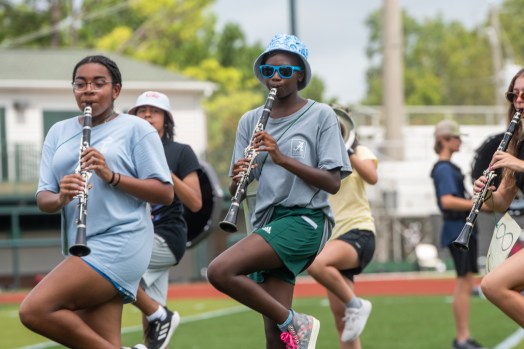 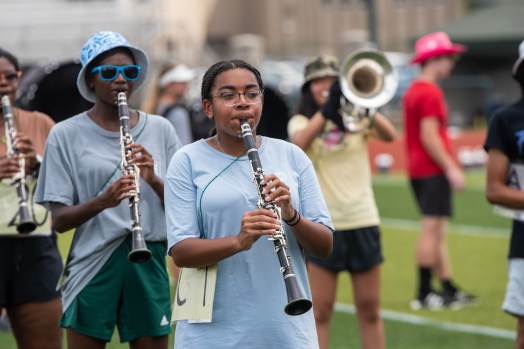 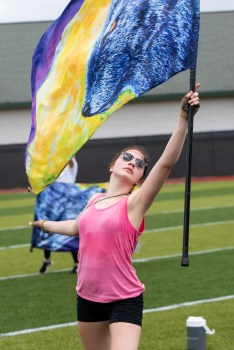 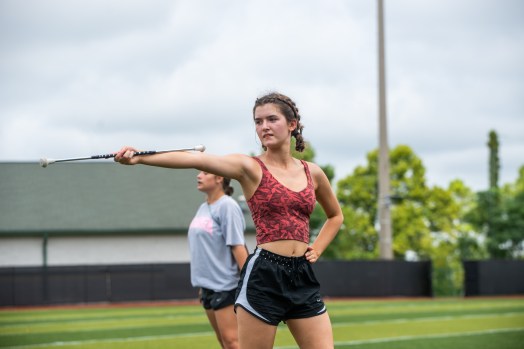 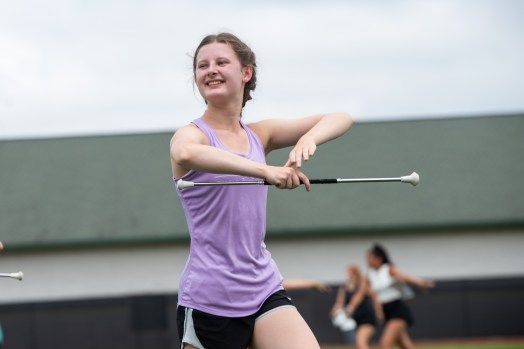 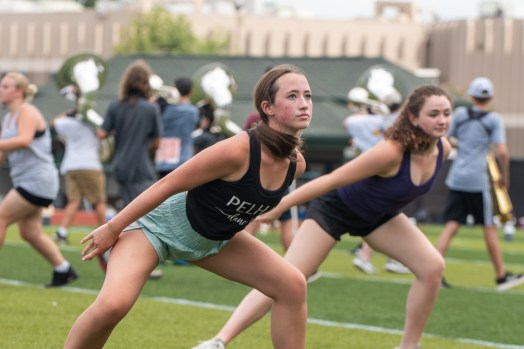 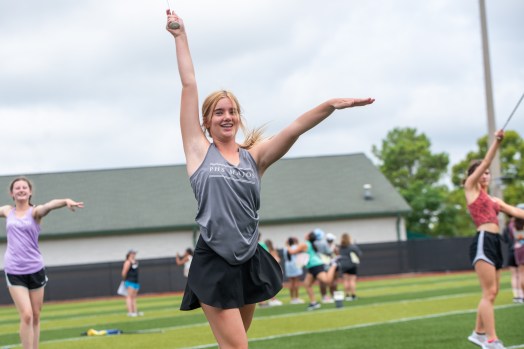 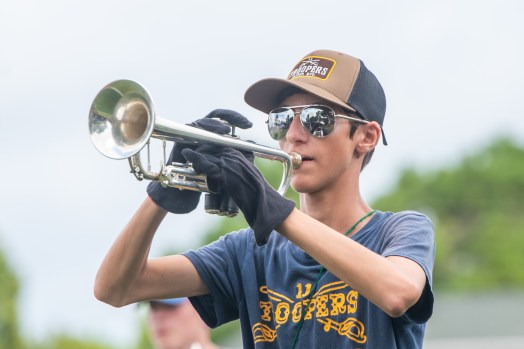 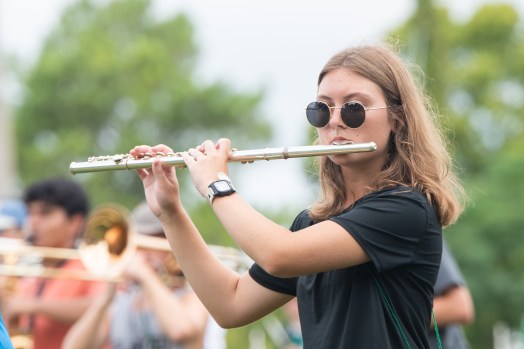 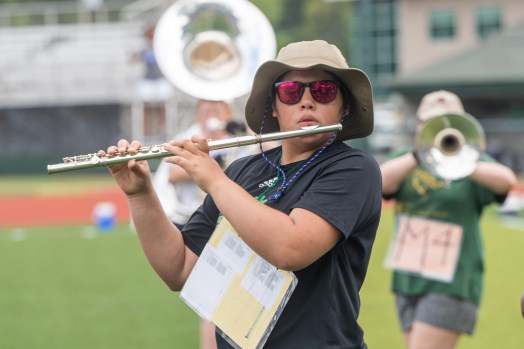 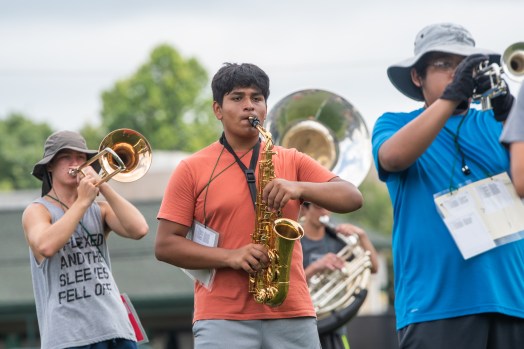 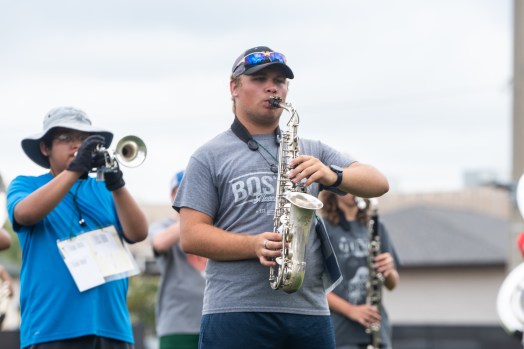 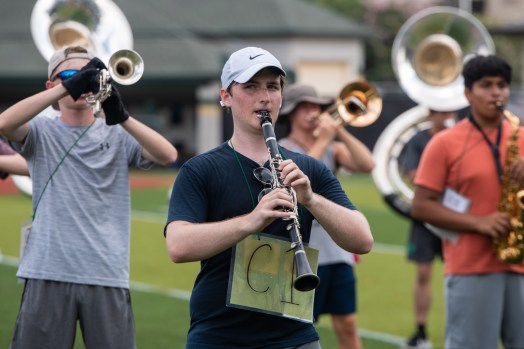 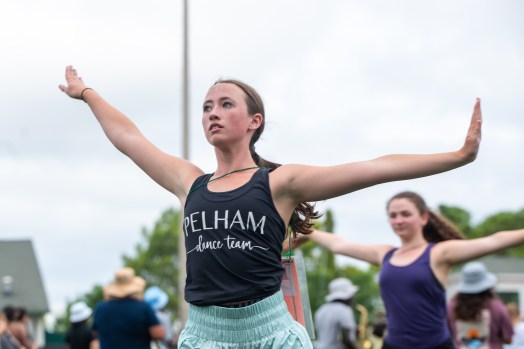 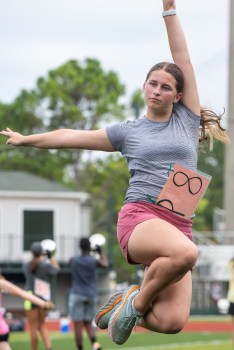 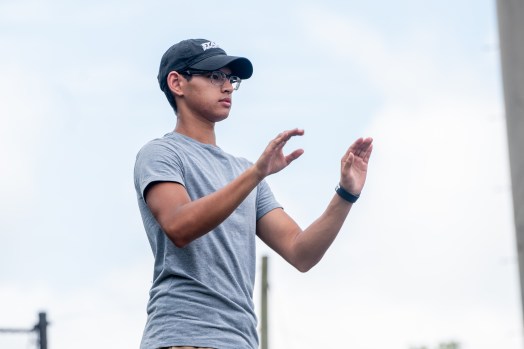 PELHAM – The high temperature was 88 degrees on Tuesday, Aug. 2, but the students of Pelham High School’s band program didn’t seem to mind. As they filed into formation to rehearse for their upcoming program, all of the students seemed more than happy to enjoy the sunshine and their new field and training facility.

“It’s really nice to not have to have the students practice in the hot parking lot,” said Pelham’s band director Justin Ward, laughing.

The students have been practicing for three weeks now, with the first two weeks running all day Monday through Friday. Ward said the first week is spent bringing in all components of the show to get the students acclimated to the program chosen for the upcoming season.

This year’s show is a story called “Little Red,” a different version of the classic tale “Little Red Riding Hood” with corresponding music to each scene. Ward said the band will carry out the story throughout the eight-minute halftime show. The program contains thematic elements such as music from “Into the Woods” by Stephen Sondheim and a more unique symphonic version of “Hungry Like the Wolf” by Duran Duran. Additionally, they also have a ballad in the middle called “Golden Slumbers” by The Beatles that was covered by Dua Lipa. The last number is “El Tango De Roxanne” from Moulin Rouge which wraps up the story and falls on a sort of dance with death as Little Red runs from the wolf.

Ward said this program is special because it allows the students to be part of the theatrics and be in the story as opposed to simply marching and playing their instruments.

“All of our students are involved in many of the fine arts, and they seem to gravitate towards something that’s a little more complex and allows them to really explore more theatrics and dance than just the music side of things,” he said.

Ward said they begin planning the program in December of the previous year to give them enough time to formulate the visual and thematic opportunities available before they have the students come in for band camp. The story comes first, then as they piece the different elements of the story together, they decide what music fits to the scene. The program will be performed at half time shows throughout the season and will also be the production they take to competitions in October.

“My favorite thing about the show is that the students just really love the music,” Ward said. “They really love the story and they’re having fun doing the choreography and dealing with the unique props, like a number of the kids are carrying lanterns and we have props that allude to the woods and grandmother’s house. They’re having a great time.”

Ward has been with the Pelham band program for 12 years, and in that time he has seen countless students come through and take part in the program, and he said each year stands out in its own unique way.

“Entering a new season, there’s always a little bit of trepidation with the freshmen, and that’s always really interesting to see that juxtaposed to the seniors who have gotten comfortable with their environment and they’ve done this many times,” he said. “But it’s really interesting, fascinating and gratifying to see the journey where someone starts and to see them grow and progress throughout their high school career. I think this extracurricular activity helps teach them so many things and it helps them physically and mentally and emotionally grow up and mature.”

“There’s a different ceiling for each band,” Ward added. “There’s different challenges and just a different level of potential just because the makeup of the students is completely different every year. I think that’s what makes it so exciting to teach and excited to be part of the team.”