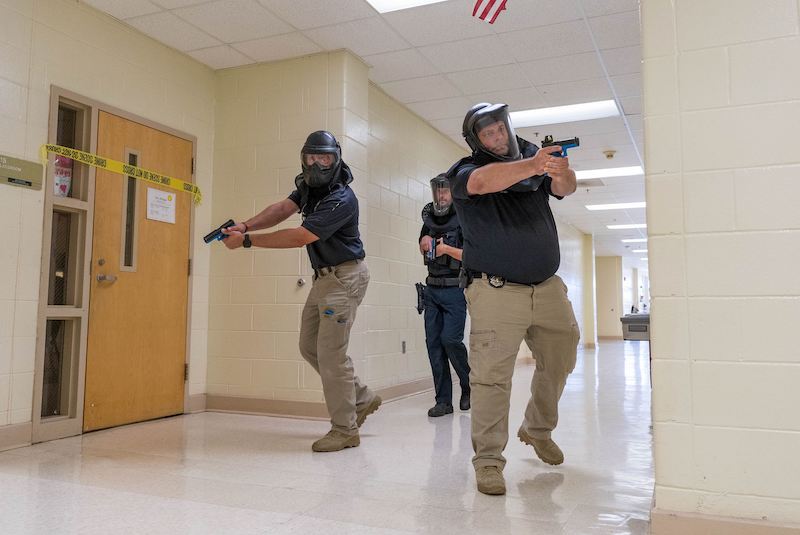 The training took place in the old Thompson Intermediate School building and focused on ways to respond to various scenarios in an emergency event.

“The training was focused on our patrol division (approximately 40 plus officers) as they are generally the first responders to an emergency event,” Alabaster Police Department Sgt. Jeremy Medlin said. Medlin is the training supervisor for the APD. “The primary focus of the training was working on integrating our fire department into the scenarios so that each agency could understand the other agency’s role in an active shooter event.”

While this type of training is nothing new for each department, this particular training allowed both agencies to work together.

“We regularly conduct various training, such as building clearing, firearms training and emergency operations that focus on skills that would be utilized in an active shooter event,” Medlin said. “This particular training was conducted inside a portion of an Alabaster City Schools building giving us an environment similar to our current school buildings. The scenarios we trained on were focused specifically on an event at our schools, which is going to help us be better prepared should we have to use this training in a real-life scenario.”