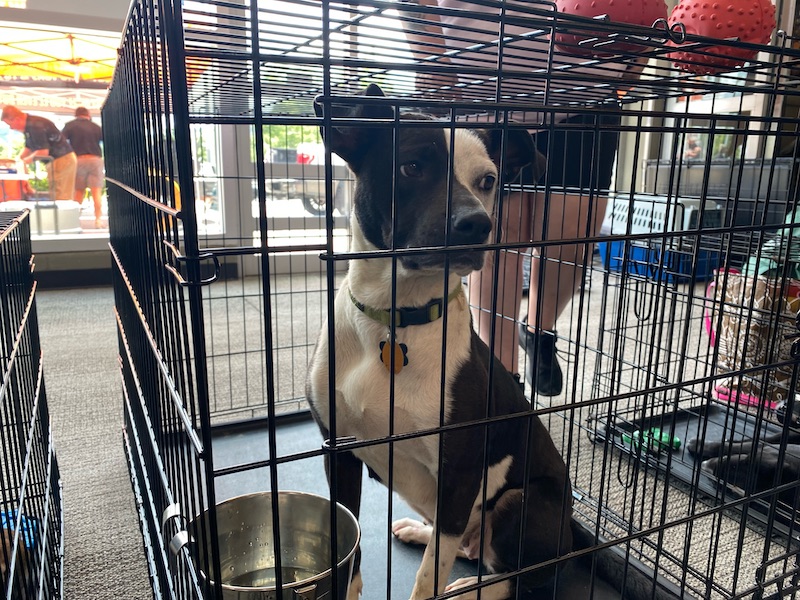 The nonprofit foster-based animal rescue, Two by Two Animal Rescue, which began in Helena, has spread its connections across the state to take in more than 400 animals. (Reporter Photo/Michelle Love)

Shelby County’s local nonprofit Two by Two Animal Rescue has been busier than usual the past several months. The foster-based organization, which started in Helena, currently has more than 400 animals, dogs and cats, that are being cared for by fosters across the state.

Two by Two’s Executive Director Sonya King, is also the founder of the organization, and she, along with her designated fosters, have been working tirelessly to make sure every animal who comes into their possession is cared for.

“One thing that I want the community to be aware of is we are a nonprofit rescue,” King said. “We don’t get government funding, but we are absolutely trying to take as many animals in the community as possible.”

On July 27, the Greater Birmingham Humane Society announced it was suspending adoptions to deal with an influx of the canine influenza virus. The suspension has led to the majority of surrendered or abandoned animals being taken to Two by Two, but, according to King, it’s not just GBHS that’s sending animals their way.

“We’re filling the gap as much as we can for the Greater Birmingham Humane Society, also Shelby Humane, who is full, Chilton county is full and they’re literally putting on their Facebook, ‘Please don’t dump your dogs, try Two by Two Animal Rescue,’” King said.

She added they’re receiving calls for help from all over the state and even some calls from out of state.

“We’re having people in Georgia and Mississippi call us and say, ‘Can you please help us?’ and of course we say yes,” she said.

King said one of the major reasons behind so many animals being surrendered or found homeless is because of the economy.

“We have had people say they are up against choosing serious medical care and feeding their dogs,” she said. “What are you going to do in that situation? What can you do? It’s not just the gas prices are high and there’s a crisis in the grocery stores, it’s all of that together that trickles down and affects whether people are spaying and neutering their pets.”

While donations are always welcome and appreciated, King said the influx of animals has made donations even more vital to the organization’s survival. They’re also asking for more people to help provide foster homes.

Two by Two pays for medical expenses, food and other nurturing items needed to foster an animal. They also take care of the pet’s marketing and the administrative side of things. They frequently hold adoption events at pet stores, and they do meet-and-greets any time during the week for those interested in adopting a dog or cat. King also encourages fostering to decide if you want to adopt a dog.

Those who are concerned about fostering should know there is no homing requirement associated with fostering. King said all they’re looking for are responsible people who will love and care for the animals until they can find their forever home.

King added they will also match fosters with animals that meet their specific needs.

“We’ve had people that are like, ‘I need a couch potato dog,’ or ‘I love to go running so I need a high energy dog,’ and we will absolutely match you with a dog that fits that criteria,” she said. “We just want the animals to experience love and attention because so many of them have not had that.”

King said as long as they have the funds to take care of the animal’s medical expenses, they will never turn down an animal.

“Our priority is the animals,” King said. “They can’t fight for themselves so we need to fight for them. Our motto is ‘No more bad days,’ and we mean it.”

For more information or to donate to Two by Two, visit their Facebook page or their website at Twobytworescue.com.