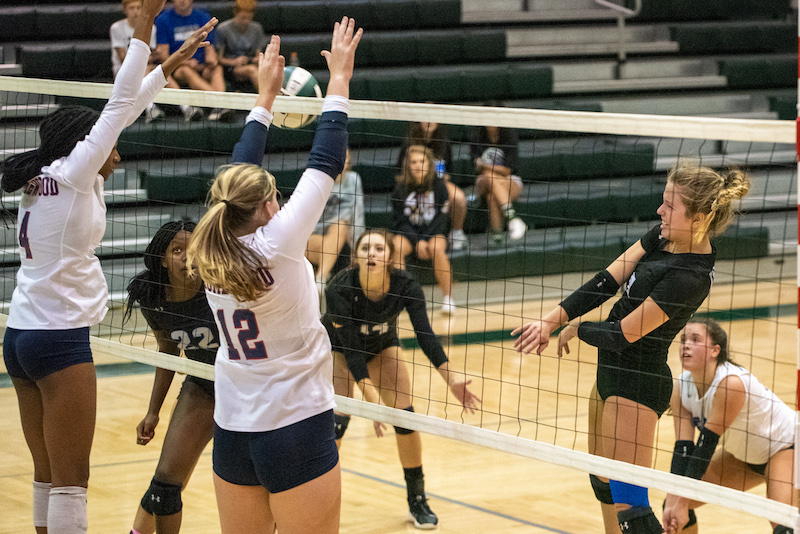 Despite a leap up to Class 7A and into a difficult region, the Chelsea Hornets have optimism ahead of the 2022 volleyball season. (File)

CHELSEA – Jamie Gill returned to the helm of the Chelsea volleyball program last year to replace Jessica Pickett, but she was quickly presented with a major challenge—one of the most difficult Class 6A area in the state.

Now, she will face another new challenge ahead of the 2022 season—a leap up to the 7A classification. Not just that, it’s one of the most difficult areas again with defending state champ Spain Park leading the pack.

The Hornets won their first 10 matches of the year last season before ultimately facing off against powerhouse teams Homewood and Mountain Brook, who both made it to the state semifinals in 2021.

Now, Chelsea moves to Class 7A where a new challenge awaits, but postseason success isn’t too far in the rearview mirror for Chelsea as they emerged from the 2019 super regional and made the state tournament quarterfinals under Pickett.

The undertaking Gill will have to shoulder in a bigger classification will obviously be more difficult, but a productive offseason and returning leadership will aid the team as she encourages them to trust the process of building a competitive program.

“We attended two different camps this summer, had a few team bonding days that included hanging by the pool and some fun activities at a local farmshe said. “We participated in the Power League at Hoover with a third-place finish, a tournament in Guntersville where both our JV and varsity teams got first place and a few scrimmages.”

Gill believes Pohlmann and her senior class have great potential as they make their 7A debut.

“I love the leadership and talent in our senior class,” Gill said. “We have key players at almost every position that have solid technique and high volleyball IQ.”

Madison Moore, Dani Sulenski, Sydney Laye and Ava Morris will anchor the senior class along with Pohlmann, but Gill believes several underclassmen will help contribute to the club’s depth as the season progresses.

Kaleigh Hall and Reagan Sartin will be two other sophomores to keep an eye on as players who could take major steps forward this season.

Gill has also added to her coaching staff in the offseason, which she hopes will aid in continuing her transition back to head coach.

“We have a new assistant coach, Cathy Loggins, who has great experience and will be very valuable in helping us succeed,” Gill said. “Last year was a transition year with me coming in as a new coach in the program, so I’m looking forward to my players and I getting to know each other better and having a higher level of trust with each other. It’s never easy that first year, especially following a great coach.”

Despite the new challenges and opponents, Gill believes her team has what it takes to compete right away.

“Ultimately, we want to win state or at the least go deep in the state tournament,” she said. “This is a huge feat especially for a team just now moving into a higher classification, but we have great talent and I believe in my team and the talent we have.”

The Hornets will rely heavily on that talent, student-athlete leadership and their coaching staff’s ability to make it all come together and make a big jump in the second year of Gill’s system.