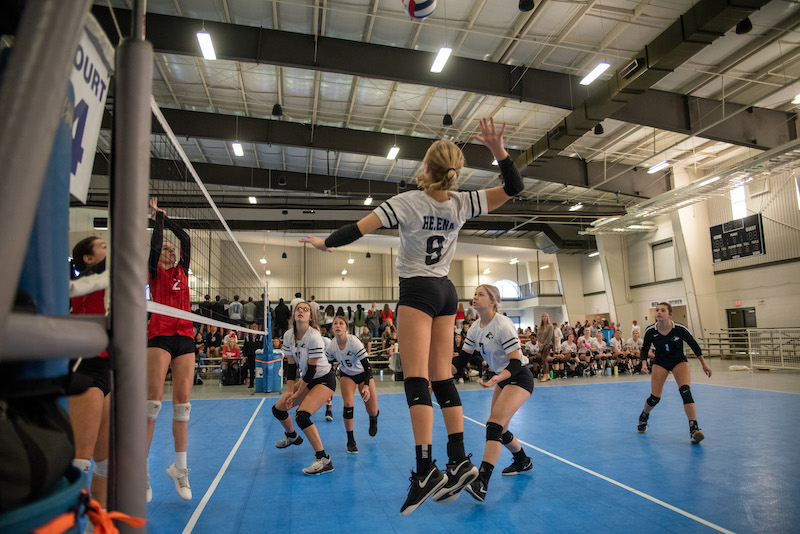 Faby Clark has taken over for Amanda Lewis as the next head coach of the Helena volleyball program, and she returns a strong cast of players during her first season. (File)

A native of Brazil, Clark moved seven hours away to play year-round for a club at just 14 years of age. She went on to move and change organizations three more times until the age of 19 at which point she had to play professionally or attempt to go to another country.

“It was at this point that an opportunity was presented to me to attend Miami Dade Community College,” Clark said. “In 1999, I took a leap of faith and moved to the United States to attend and play at Miami Dade where I took ESL classes.”

Her teams went on to win two state championships and a national championship, earning Clark a scholarship at the University of Montevallo where she finished her collegiate career and began her life here in Alabama.

After coaching club ball in Hoover and assisting at Prattville, Clark landed at Helena and has been coaching volleyball and teaching Spanish for several years.

As a young coach taking over a young program that graduated just one senior last year, Clark is getting her feet wet along with many of her players.

“Everything is new,” she said. “All the coaches are new. At this point, it’s just me and coach Lauren O’Sullivan, who I’m so grateful to have because we have had the same coaches/mentors and we have coached for the same club team. So our drills and thoughts are aligned and it’s more of a partnership in co-coaching than anything else.”

Clark’s Huskies are brimming with returning potential after landing four underclassmen on the 2021 All-County second team.

Presley Lively, Addison Hines, Allie Graydon and Addison Dockery will all be counted on to help advance a program further in the postseason after two regional appearances the last two years.

It’s a surprising accomplishment considering Graydon is the only rising senior of the group.

“We have several underclassmen,” Clark said. “They all are hardworking and they have talent and great sportsmanship. I am excited to see them continue to grow as players and as young women. The chemistry is amazing with these players. I love how together they look and their constant pursuit for excellence.”

Clark also believes her senior class will provide the leadership the team needs to put together a successful season.

“They love the game, and they care for each other and their teammates,” she said. “I am excited to see them in action, and I hope that they make memories to reminisce about for years to come.”

Clark took over for Amanda Lewis in June, but has been to several of the team’s play dates and tournaments in the spring and summer. The Huskies have also been training together in CrossFit sessions in the offseason several times a week.

The first-year head coach is impressed with the dedication, but she also wants to instill vital parts of the cerebral game to her players.

“I am big on preparing physically, but also mentally,” she said. “The mental toughness game is huge under pressure. I want them to win in their minds and learn how to deal with difficult situations in practice, so when they are in those difficult game situations, they can stay focused and think positively and strategically to be able to execute what it’s asked of them without fear.”

While the possibilities of a young, capable squad are exciting, Clark will focus on the core principles of her system in year one. Success for many student-athletes is determined by the way they lead their lives after they leave the court.

“Our goal is to get better on the court daily and to have great sportsmanship on and off the court where we can show respect, integrity, honesty, fairness, and leadership to ourselves and those in our team as well as our opponents,” Clark said.