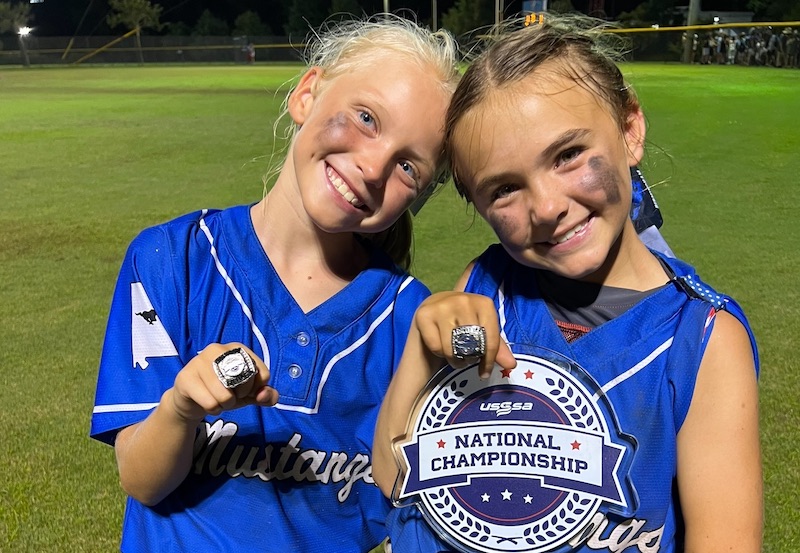 Alayna Rose and McKenzie Stone both play on the Birmingham Mustangs 8U softball team. The championship was held in Fort Walton, FL, and the girls battled and beat some of the best teams in the Southeast. Teams the Birmingham Mustangs went up against included the Louisiana Outlaws Select, the Georgia A2B Outlaws, Kentucky Crome, Oklahoma Demarini Aces and Arkansas Thunder. They went up against team Tennessee Fury on their fourth game of the day, but did not complete a win.

However, the girls said they were ecstatic to go up against such high-profile teams.

“It was tough playing against some of the best teams, but we played our best, and it was fun,” Stone said.

“I was really excited,” Rose said. “I came into the tournament wanting to play my hardest, and I was ready to play all the teams. I just knew we could make it to the championship.”

Stone’s father and the team’s coach Stephen Stone said words can’t describe how proud he is of the team’s hard work and dedication.

“Knowing how much this team has worked, sweat and balled through the heat and freezing temperatures the past two years and finally seeing it pay off makes me feel honored to be part of their adventure,” he said. “This is an event in their lives that they will remember forever.”