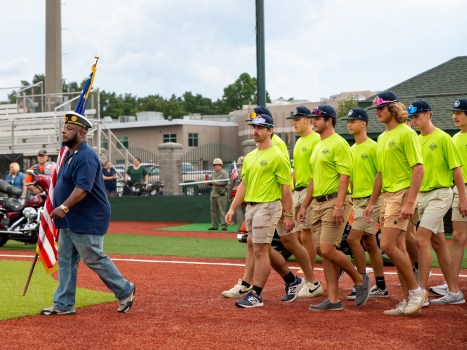 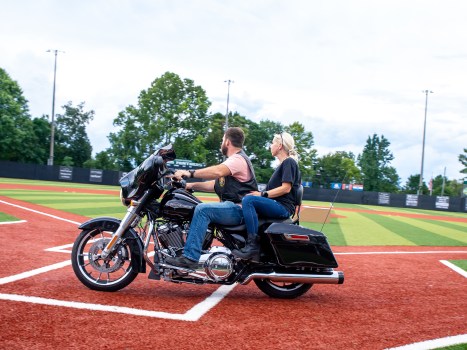 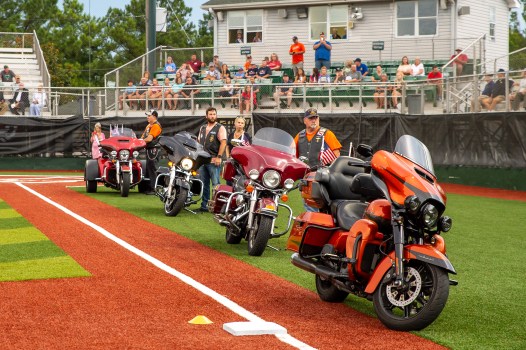 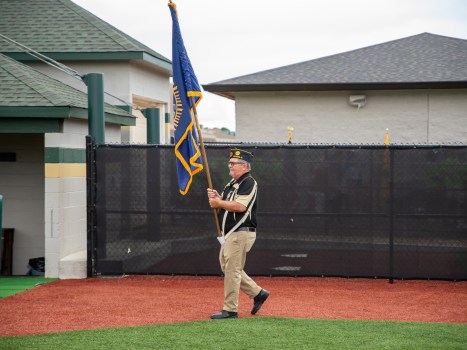 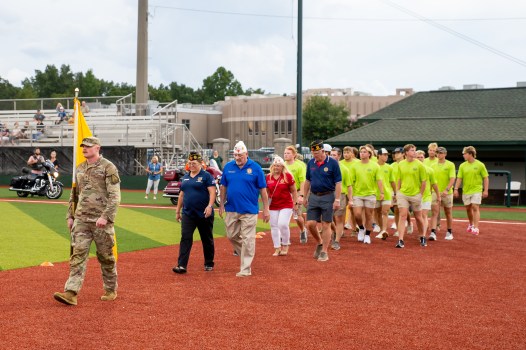 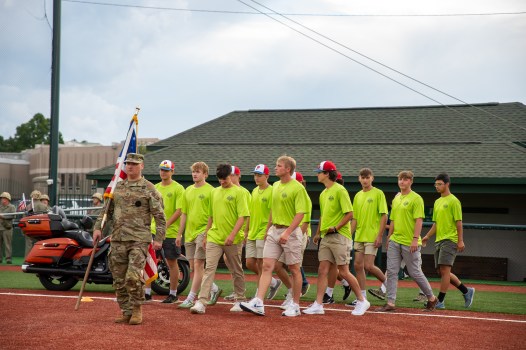 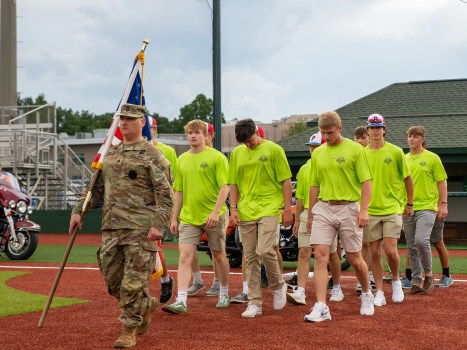 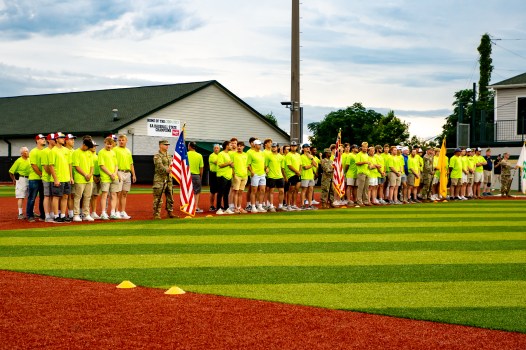 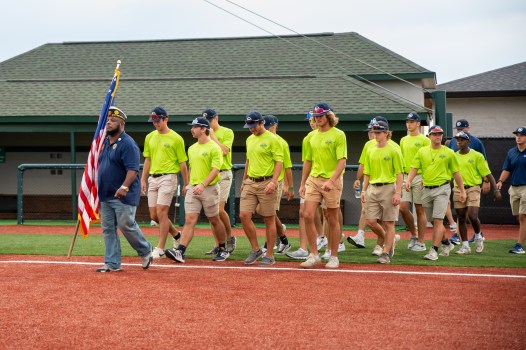 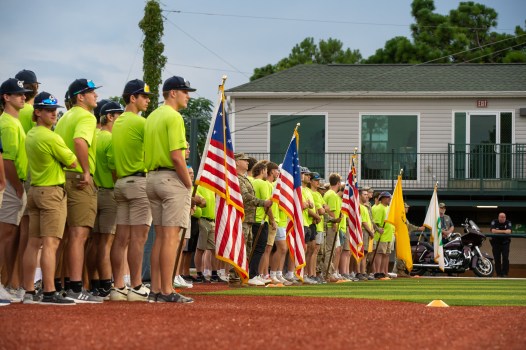 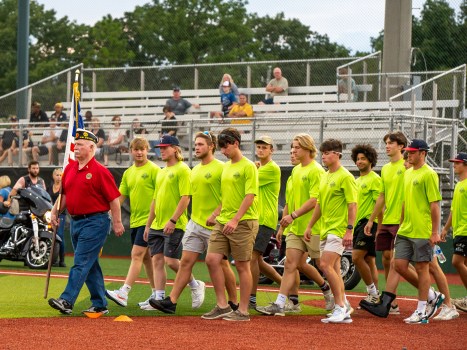 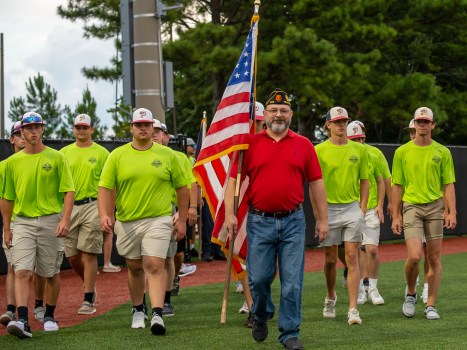 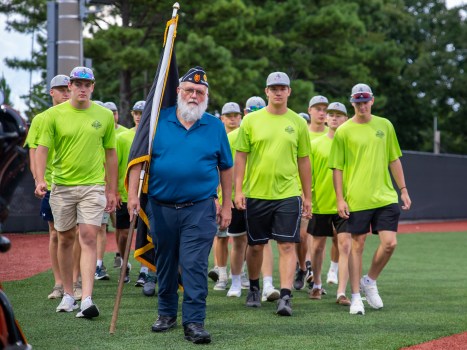 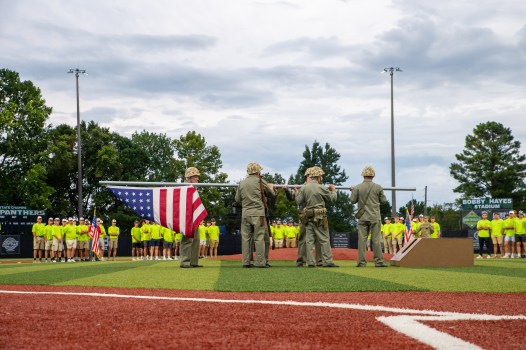 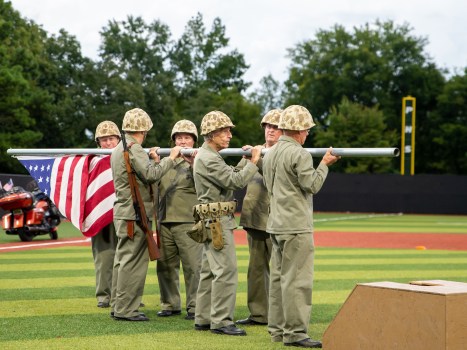 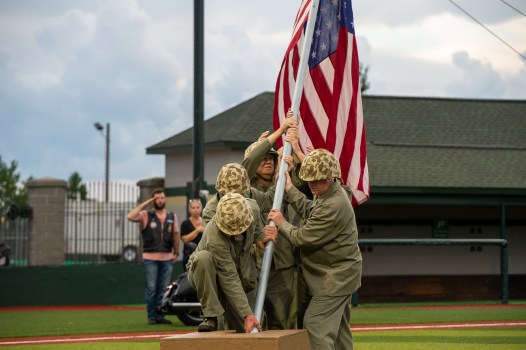 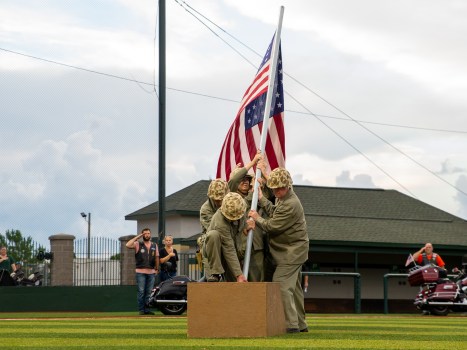 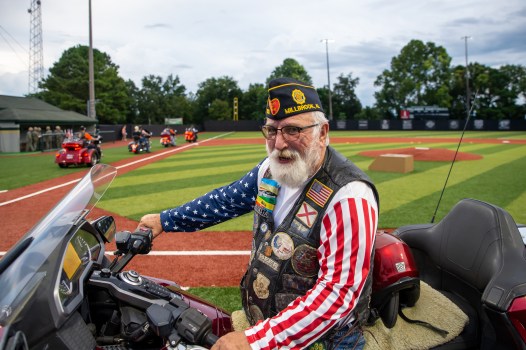 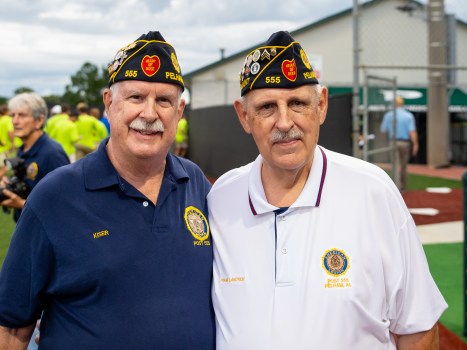 PELHAM – The air was thick with humidity on Sunday, Aug. 7 as people shouted in the stands at Bobby Hayes Stadium at Pelham High School.

The field served as the host of the 2022 American Legion Mid-South Regional Baseball Tournament from Aug. 2-7, and that Sunday everyone was in rousing spirits as they watched the baseball game unfold.

The tournament is a week-long event that brings in multiple teams across the U.S. to play baseball while simultaneously honoring U.S. veterans, and this was the second consecutive year Pelham has hosted the event.

The tournament featured players under the age of 19 from seven Mid-South Region American Legion championship teams which include Alabama, Arkansas, Kansas, Louisiana, Mississippi, Missouri, Oklahoma and the Post 555 team from Shelby County. The Regional winner will advance to the American Legion World Series at Keeter Stadium in Shelby, NC from Aug. 11-16.

Throughout the week, hundreds of people have come out to the stadium to watch the teams play. Alan Phillips, the director of American Legion Baseball, said the response surrounding the tournament has been incredibly encouraging.

“The mayor was here for a few games, and we’ve had several state representatives, one council member from Pelham, and we actually had the mayor of Alabaster here as well,” Phillips said. “The comments about Pelham High School and Pelham as a whole have been so kind and so uplifting.”

This year, the Legion held a raffle to award a disabled veteran a “Freedom Chair,” which is an all-terrain 6×6 wheelchair. The winner of the chair was veteran Alex Schwarzenburger, who was wounded in combat in Afghanistan by enemy fire and explosives while serving as an Army Ranger. He was wounded in both legs, his torso and other injuries resulting in 100 percent disability from the Veteran Administration. Schwarzenberger was awarded the Silver Star and the Purple Heart for his service.

Sunday was a particularly special day as it was not only the Championship game, but also National Purple Heart Day, a day set aside to honor those who have been awarded a Purple Heart in the military. Phillips said the timing was fitting, and the tournament is just one of the ways the Legion tries to bring the community together to honor and recognize those who have fought for our country.

“Each day, every game that’s been played, we honor a Medal of Honor recipient from that particular state,” he said. “We have had quite a response, specifically from our residents who have been here, we are absolutely honored by our country and the men and women who put their lives on the line for our country and our freedoms.”

The opening ceremony took place Tuesday, Aug. 2 at 7 p.m. and featured Legion Riders, active-duty military, first responders, a fly-over and a Parade of Flags ceremony. Rep. Kenneth Paschal said the opening ceremony set the tone for the tournament and reminded everyone that the overall theme is that American Legion Baseball “is more than just a game.”

“The first impression says it all,” Paschal said. “The opening ceremony was not just patriotic in nature, but the fact that everyone I’ve spoken to on the other teams, players, coaches and parents, they said it was the first time they’ve seen a presentation like that going through the history of our flags. It was educational for everyone, and several of the parents expressed how meaningful it was.”

Pelham coach Sean Anderson said it was hard to put into words what the opportunity for Pelham to host the tournament means for the community.

“For us as a program, it’s huge,” Anderson said. “You’re talking about how the entire Southern mid-United States is now seeing pictures of our facility and how things are being run. So, for us as a community as a whole and a high school, it’s so big – the recognition.”

Anderson said it was particularly touching to see how the players impact the veterans who came out to the games.

“To see the veterans out here and the joy they get out of these young guys coming out and playing baseball and listening to the veterans and their stories, you can’t put it into words,” he said. “It’s a great honor to put that on and have them be a part of it.”