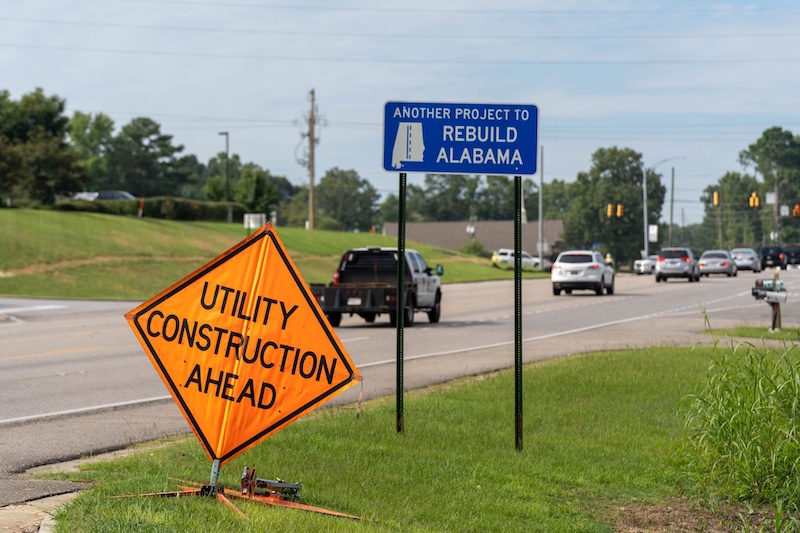 Work has officially begun on phase one of the Hwy 119 widening project. The two-phase project will widen the road to include four lanes and a middle turn lane. (File)

ALABASTER – Work officially began on phase one of the Hwy 119 widening project this week.

The work is being conducted between Fulton Springs Road and Hwy 12 and part of a continued upgrade to the city’s major highway.

The two-phase project will widen the road to include four lanes and a middle turn lane.

City Public Information Officer Neal Wagner said the city was incredibly excited to see the grading/milling work starting on the section of Hwy 119 recently, which indicates the actual paving part is not too far off.

The project is being managed by ALDOT, and should take about 18 months to complete.

“We expect there will naturally be some traffic delays along that stretch of Highway 119 while crews are working to widen the road, but the end result will definitely be worth it,” Wagner said. “Once completed, this will add much-needed lane capacity on 119 from Fulton Springs Road to Highway 12, which should go a long way toward relieving traffic congestion in that area.”

The city is currently working with ALDOT to secure funding for phase two of the project between Hwy 12 and Veterans Park.

The particular area of the city experiences heavy congestion due to residential and business growth, and the area serves as a major outlet to Montevallo and Calera, which are also both seeing population growth.

The city asked for the public’s patience while the project is being completed.