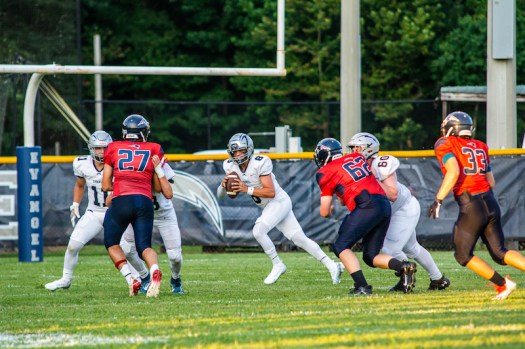 The Evangel Lightning opened the season with a win against Meadowview on Friday night, Aug. 12 on their home field. (For the Reporter/Markee Canada) 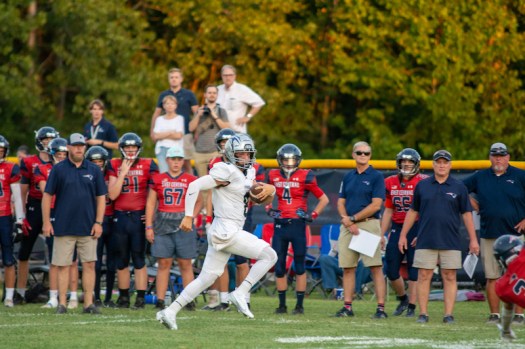 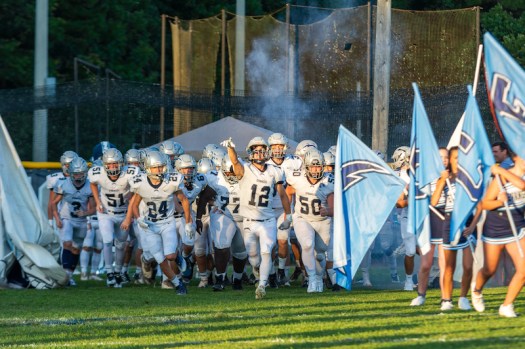 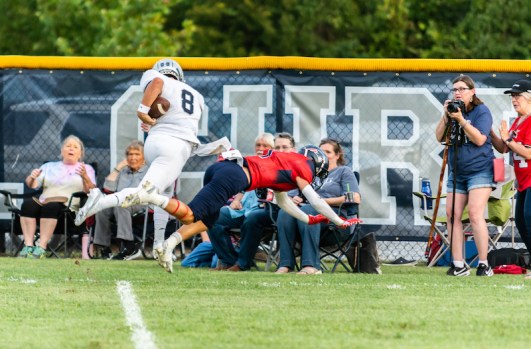 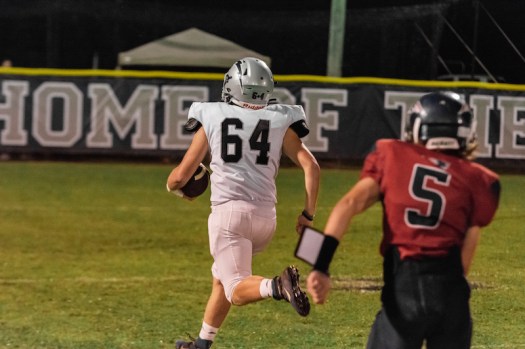 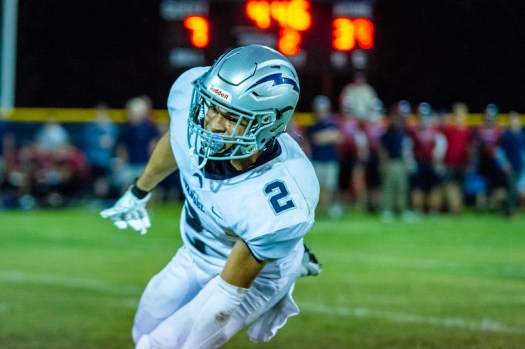 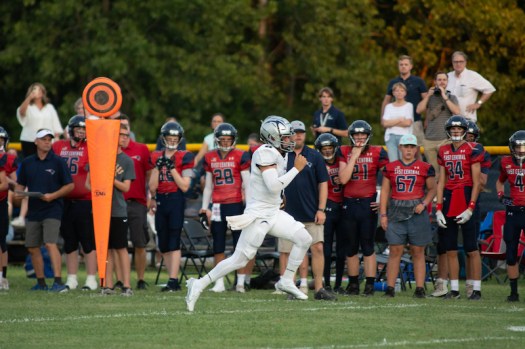 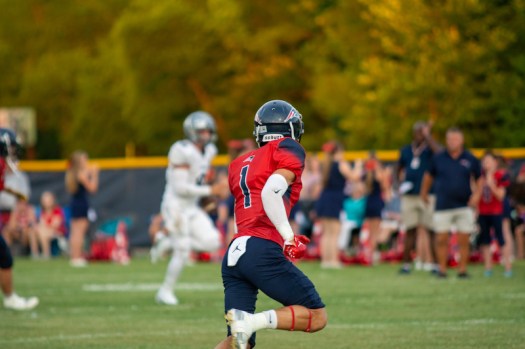 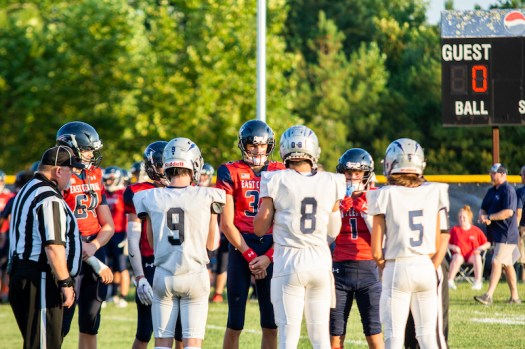 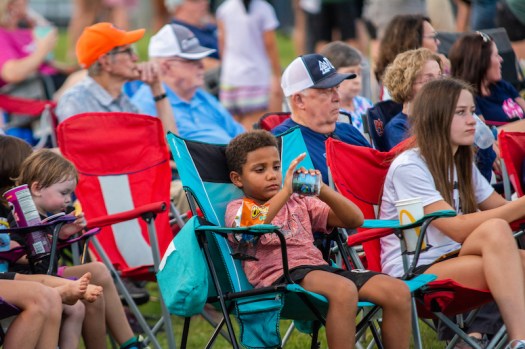 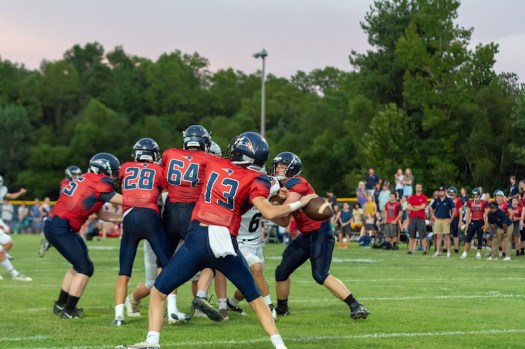 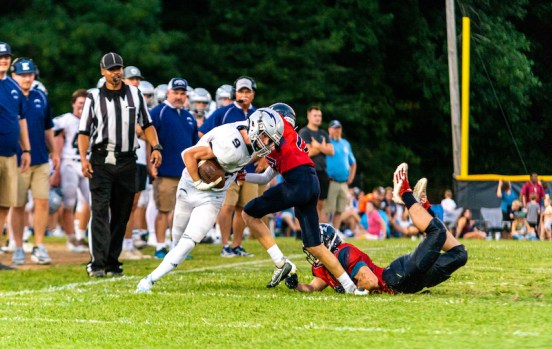 ALABASTER – The Evangel Christian Lightning started down the road to a fifth straight NHSA 8-Man National Championship with a 65-13 win at home over the East Central Homeschool Patriots on Friday, Aug. 12, but head coach Tim Smith stressed it was just the first step of a long journey back to the top.

“Yeah, it’s what we just told them, we won but there’s a lot we’ve got to work on,” Smith said. “There’s some things we’ve got to clean up and fix a little bit.”

After a first drive three-and-out for East Central, Evangel only needed two plays to set up Hunter Atkins for a 52-yard touchdown reception to take a 6-0 lead.

The next play, East Central returner Marshall Fox turned on the jets to run the ball all the way down the right sideline for a kick return touchdown, which put the Patriots up 7-6 after the extra point.

From there, it was a story of Lightning touchdowns and Patriots turnovers. East Central lost the ball four times throughout the first half off two fumbles and two interceptions. Evangel went on to score eight touchdowns in that span, which sparked 53 unanswered points.

Atkins led the way for the Lightning in the first half with four rushing touchdowns, including a 53-yard scoring run.

The Patriots did string together a couple promising drives, but it took until there were five minutes left in the game for East Central to find the end zone on offense. The Lightning looked like the stronger team in every aspect of the game, scoring touchdowns on offense, defense and special teams.

Hudson McCracken scored a pick-six midway through the third quarter, and Caleb Austin returned a kickoff for a touchdown with five minutes left in the game to close out the scoring for the Lightning in a 65-13 win.

After the game, Smith shared the praise across his team for their performance.

Now 1-0 for the seventh season in a row, Evangel will continue its opening homestand by hosting against Meadowview Christian next Friday as they head into five straight non-region games.