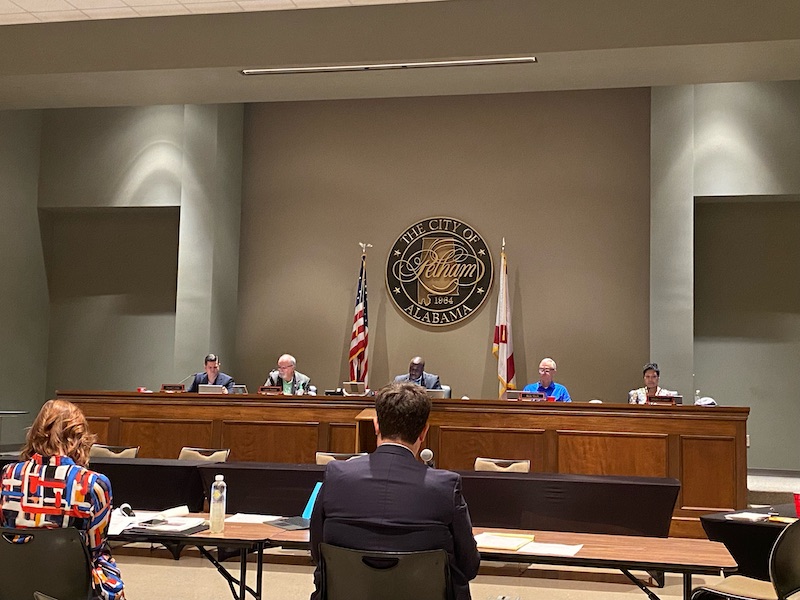 PELHAM – The city of Pelham held a public hearing at its regularly scheduled meeting on Monday, Aug. 15 in regards to amending two zoning ordinances.

“City staff saw a need to strengthen the Corridor Overlay District ordinance to continue to achieve the goals of improving the corridors’ appearance which is important for economic vitality,” said Sherri Proctor, a Planning and Zoning administrator.

The current overlay ordinance references the individual zoning ordinance sections on signage, landscaping and parking which Proctor said they felt did not do enough to achieve the intent of the corridor overlay district.

“The revisions the Council adopted now include additional requirements to reduce clutter from excessive signage, to increase areas for landscaping that will lessen the impact of parking areas and to reduce the amount of parking viewed from the corridors and put more emphasis on structures,” she said.

Amendments to the Corridor Overlay District include the following:

Amendments to the B-2 General Business District include:

“In conjunction with the Corridor Overlay amendments, we revised the B-2 district to eliminate certain uses that are inappropriate for the district,” Proctor said. “The specified uses are allowed in the more intense districts, so they are not eliminated entirely. Since the B-2 district is prevalent along the corridors, we felt that intense uses such as home repair/building trades, warehousing and major vehicle repair were not appropriate along the corridors.”

The Council moved to vote for an immediate vote regarding the amendments, and passed unanimously.

“I want to thank Sherri and her team for the insight on these two ordinances that we passed tonight,” Councilmember Rick Wash said. “We take a lot of pride in what we’re doing for the city, and we have a great vision moving forward. I think this is going to be something that benefits us down the road. This was a bit of housekeeping we’ve been wanting to address, so I want to thank all of them along with the planning commission for all of their hard work.”