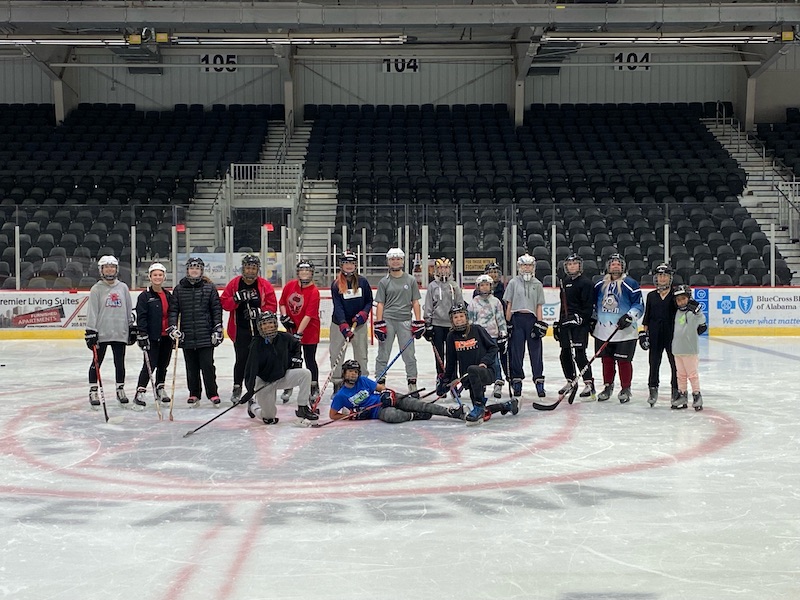 The event, as its name implies, was free and open to girls of all ages who may be interested in trying the sport.

Josh Harris, the Pelham Ice Arena’s hockey director, said he wanted to hold an event specifically for girls after noticing the program had never focused on that niche before.

“We have Try Hockey for Youth twice a year, and this is the first one I’ve done with all girls only,” he said. “We figured, we have a lot of girls in the program who used to do the Try Hockey for Free, and a lot of them are intimidated to get out there with the older guys, so we thought this would be a great way to get more girls interested.”

The event had a big turnout with several girls at various ages and skill levels participating. Girls as young as 7 years old were out on the ice learning the basics of hitting the puck and how to aim for the net while older girls with more experience were skating around the rink doing twirls and fast passes.

“We have a lot of our youth program girls here helping out, a couple of our coaches as well,” Harris said. “They’re having a lot of fun.”

Mother Christian Poyner said ever since her daughter started playing hockey, she has noticed a huge spike in her self-esteem.

“This does wonders for their confidence,” Poyner said, smiling as she watched her daughter out on the ice. “I mean [my children] love it. We drive an hour up here for them to do things like this. It’s made them feel so good about themselves and really helped them build that confidence.”