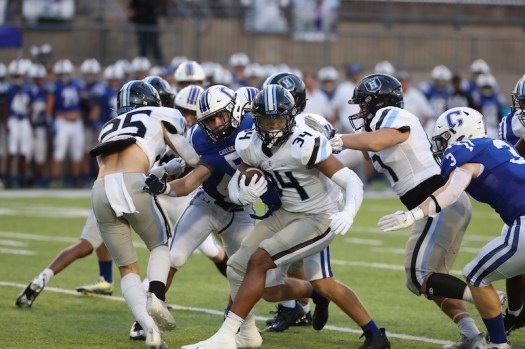 The Helena Huskies got a fast start from Jordan Washington and ultimately powered their way to a 28-6 opening-night win against county rival Chelsea in the AHSAA Kickoff Classic on Aug. 18. (For the Reporter/Cari Dean and Robert Dean) 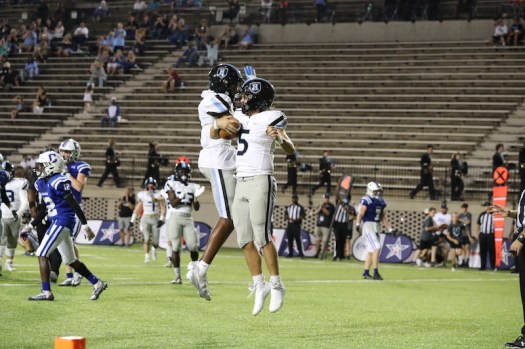 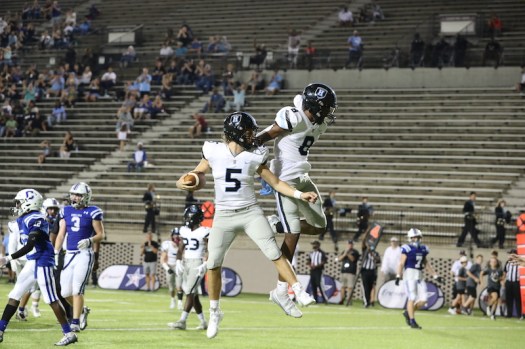 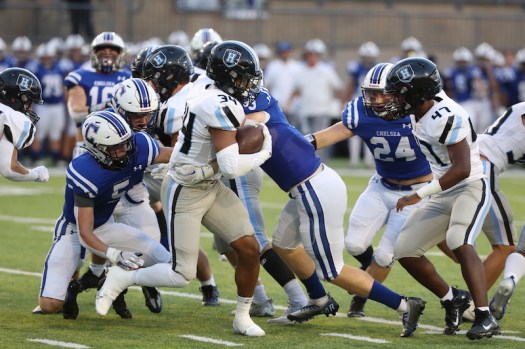 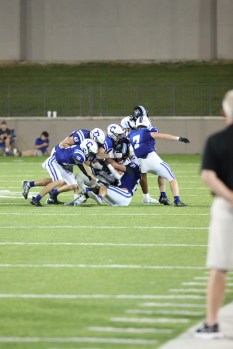 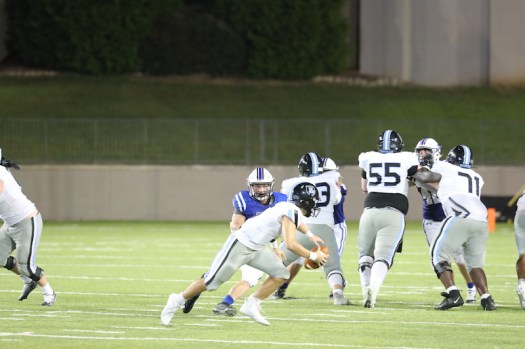 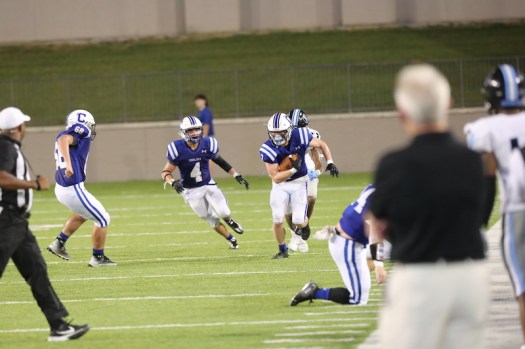 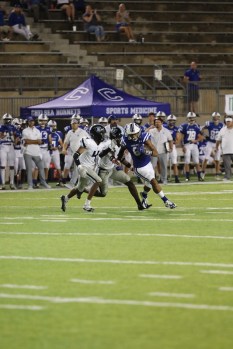 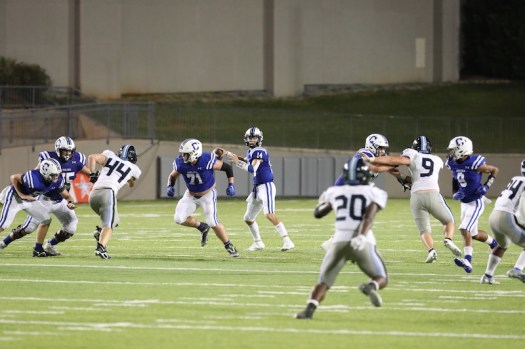 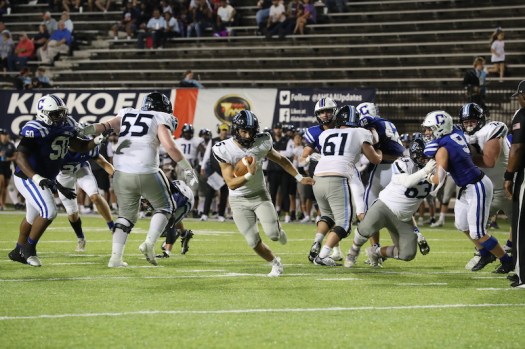 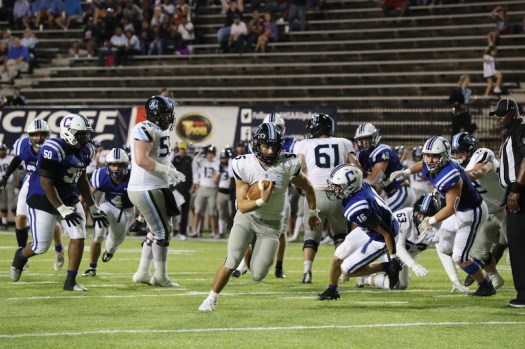 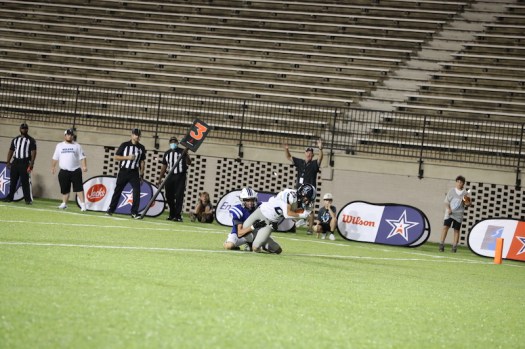 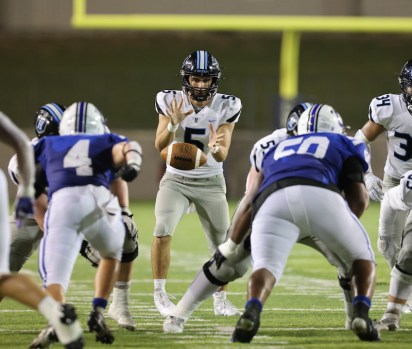 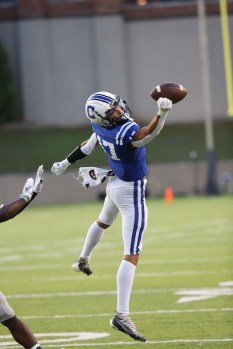 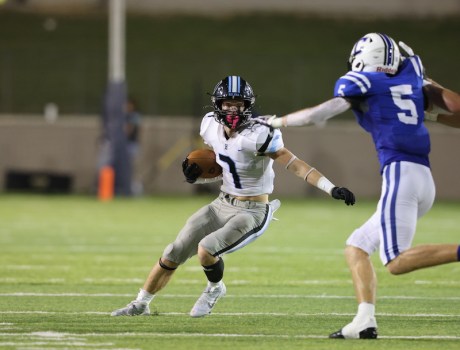 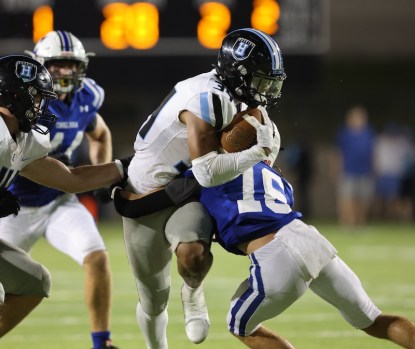 MONTGOMERY – The Helena Huskies ran out of the gate—literally—to start the 2022 high school football season on Friday night, Aug. 18 inside Montgomery’s Cramton Bowl.

Taking on county rival Chelsea, the Huskies got an 85-yard kickoff return from Jordan Washington on the opening kick to set up first-and-goal from the 2-yard line, eventually leading to a 7-0 advantage.

That was part of 28 unanswered points from Helena in the first three quarters, as the Huskies rolled to a 28-6 victory to open the season.

“I thought we started out real fast,” head coach Richie Busby said after the game. “Jordan got it going with the big kick return right there to start, which set the tone. We have a lot of young guys starting. We have some talent, but we’re young in a lot of places and replacing some key players on both sides of the ball, but tonight, playing a rival and for us to come out with a win, it can’t be more exciting.”

Looking to make a statement on the opening night following a big sophomore season, Washington shrugged off knee surgery in the offseason with the big return to kickstart a powerful night running the football.

He took the kickoff 85 yards down inside the Chelsea 10-yard line. Following a penalty, the Huskies had earned first-and-goal from the 2-yard line and quickly put together a one-play drive when Washington finished what he started with a 2-yard touchdown plunge.

“It was great. We blocked it well and I broke it, then we finished off the drive with the touchdown,” Washington said of the start. “The offensive line was great. It felt great to do that to start the season with my first two touches.”

Washington admitted that he was nervous entering the season after the offseason surgery, but having a strong start helped him see that he could be as strong as he was during last seasons’ 1,606-yard year.

“After knee surgery, I didn’t think I would be the same, but I’m back to who I was last season,” he said.

Washington went on to finish the game with 123 yards and two touchdowns on 25 carries. The majority of that came in the first half, as he helped the Huskies jump out to a 14-0 lead at the end of one and a 21-0 lead at the half.

The next drive for each team following Helena’s opening score came and went with no production, but Washington made sure that didn’t last long.

On Helena’s third drive of the night, after the defense forced a second consecutive Chelsea three-and-out, the Huskies put together a short four-play drive to add to the lead.

Helena started at the Hornets’ 38-yard line after a fumble on the punt, then put together a short pass from Dalton Lewellyn to Hunter Hale, a 6-yard run from Lewellyn, an 8-yard run Hale a 15-yard touchdown run from Washington to make it 14-0 with 4:40 to play in the opening quarter.

From there, the game started to look more like an opening-night game.

The two teams struggled with penalties, facing no less than third-and-12 at some point on their next two drives each.

With 7:16 left in the second quarter, however, Helena started to take advantage of the constant pressure on Chelsea’s defensive line.

The Huskies put together a nine-play drive that went 69 yards and ended with a 9-yard touchdown run from Lewellyn to make the score 21-0 with less than three minutes in the half.

That ultimately gave the Huskies a 21-point advantage at the half.

The Huskies came out of the break and tacked on another touchdown late in the third quarter when they went 84 yards on 11 plays in seven minutes with their first drive of the half.

The drive was capped off by a 9-yard touchdown pass from Lewellyn to Nathan Wade to make it 28-0 with 34 seconds left in the third quarter.

It was an important score, as Chelsea started the second half with a lengthy drive and started to show more confidence.

The Hornets eventually capitalized on their growing confidence with a strong drive from Emerson Russell to answer the Helena score.

He reeled off runs of 12 yards and 41 yards before taking the ball in for Chelsea’s first touchdown of the season from 9 yards out to help the Hornets cap off a quick drive to cut the deficit to 28-6 with 11:01 to play.

Helena, however, went on to take seven minutes off the clock with its next drive, and Chelsea never could recover, leading to the 28-6 win.

“We played good in the first quarter up front, but got a little lackadaisical up front after that and stalled on a couple of drives in the second quarter,” Busby said after the win. “But anytime you have a young team like this, getting a win against a rival and somebody we respect a lot and get it under our belt means a lot.”

Defensively, the Huskies were led by Kevin Pinkard with five tackles, while Walter Womack and Derrick Wilson each had three. Mason Johnson added 3.5.

Chelsea was led by Russell with 87 yards on the ground, while sophomore quarterback Carter Dotson finished with 79 passing yards on 9-for-22 passing. MJ Conrad led the Hornets with 31 receiving yards.

Chelsea was led by Cody Fortenberry defensively with eight tackles, while Chris McNeil and Owen Key each added six.

Helena will now travel to Buckhorn on Friday, Aug. 26, while Chelsea will travel to Calera.