Adams in command as Cornerstone cruises in opener 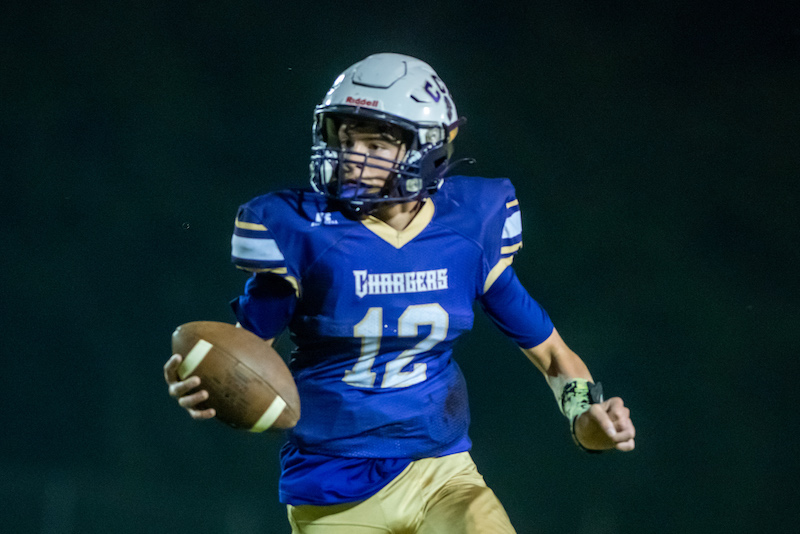 The Cornerstone Chargers started the 2022 season with a victory against Snook Academy on Friday, Aug. 19. (File)

COLUMBIANA ­– Cornerstone opened its 2022 season with a 38-20 win over Snook on Friday.

Coach James Lee said the Chargers were led by quarterback Zeke Adams, who is just a sophomore but started last year as a freshman and even saw playing time as an eighth grader.

“He knows how to make all the adjustments now,” Lee said. “It makes a huge difference.”

Playing 11-man football, the Chargers’ defense made the first big play of the game, stopping visiting Snook on a fourth down play to give the ball to the offense.

CCA took advantage, driving down the field and scoring on a long pass to Noah Schober for the game’s first touchdown.

Snook answered, but the Chargers pulled ahead for good at 14-6, and made it 20-6 before halftime.

The third quarter was all Chargers, as the hosts scored three times to put the game away with a 38-6 score going into the final frame.

In addition to the performances by Adams and the Cornerstone defense, Logan Lightsey also passed for a touchdown.

“It wasn’t a bad performance at all for the first game of the year,” Lee said.

Next, the Chargers face off with Coosa Valley Academy on Aug. 26.