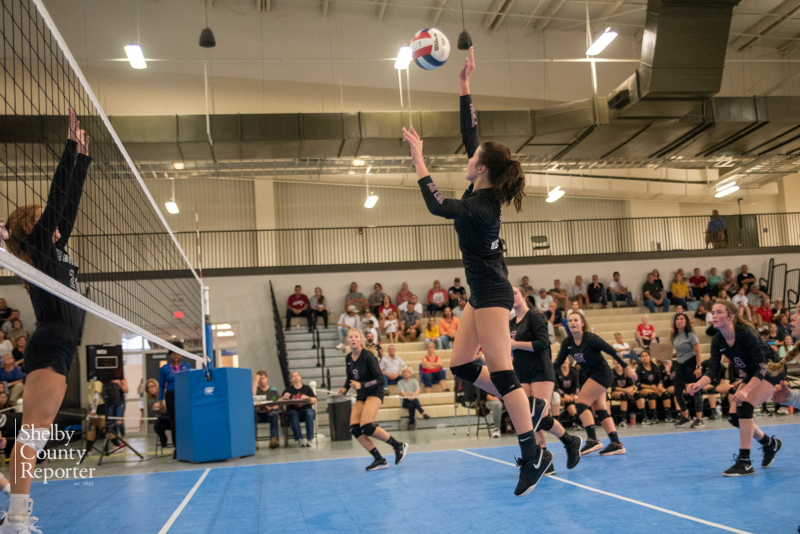 COLUMBIANA –The great thing about a new school year is the opportunity for new beginnings, and with new beginnings come obstacles.

However, the new varsity volleyball coach of the Wildcats, Haley King, embraces the challenges that come with the quickly approaching season.

Sports have been a long-time passion for King, as she played volleyball and basketball while growing up in her hometown of Montgomery, Alabama.

King isn’t new to the Shelby County athletic program. Shortly after graduating from the University of Alabama in 2015, King started teaching at Shelby County High School. She served as the junior varsity coach, until she and her husband returned to her hometown in 2019.

“Having the opportunity to coach was exciting,”  King said.

Taking over is never an easy task for a coach, but King strongly believes that she and the Wildcats are ready to take on anything this season that is served their way. “I’m really excited about the possibility of building a program here for volleyball,” King said when discussing the future potential the high school program possesses.

“We’ve always had girls that are really athletic and really want to learn to play the sport,” King said. “We have a real opportunity to make this a program for volleyball, not just something extra that the school offers.”

With her assistant coach, Breana Mahaffey, King is certain the team can achieve a successful season, but it isn’t just the talent the team will need to cultivate, it’s the relationship between the coaching staff and the players that is the most crucial aspect of creating a successful program.

Being a special education teacher at the school and having the opportunity to see her players every day has really helped King build trust between her and the team. “We want our girls to know that they’re cared for, but also that we have expectations, and we want them to meet those expectations,” Green said. “They have to know that you care about them first.”

Tensions are always at their highest at the beginning of the school year, and this volleyball season at Shelby County High School is no different. However, King is certain that her team, along with the help of her coaching staff, can shake things up and serve up the best season yet.

Shelby County will hit the road this weekend as they take on Guntersville, Crossville, Dansville and Susan Moore high schools at a tournament.