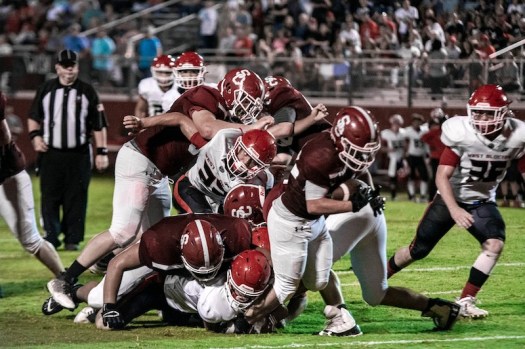 The Shelby County Wildcats walked away victorious on Friday night against West Blocton thanks to a physical presence. (For the Reporter/Markee Canada) 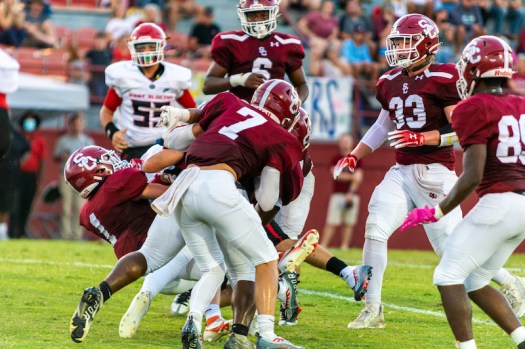 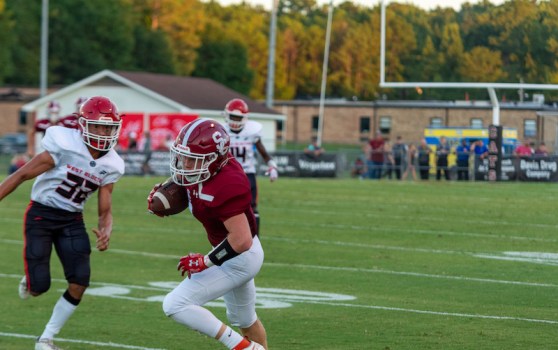 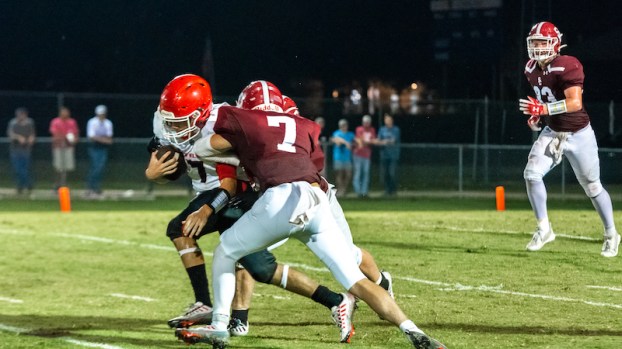 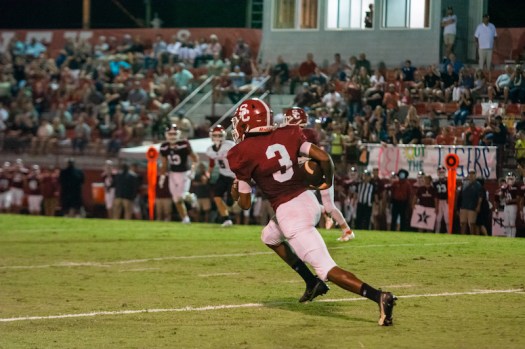 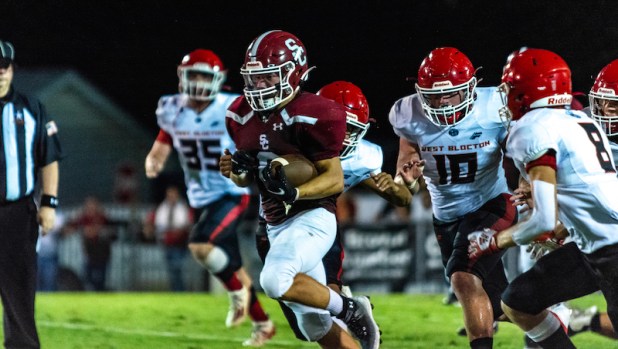 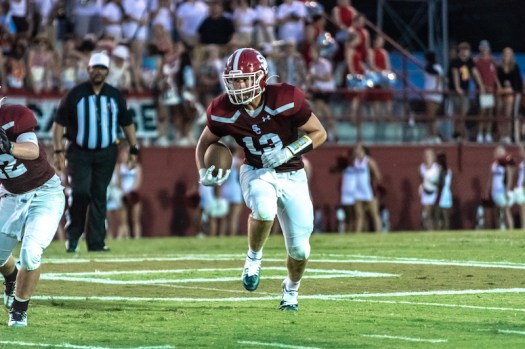 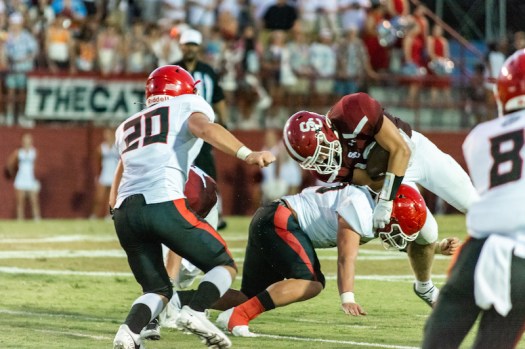 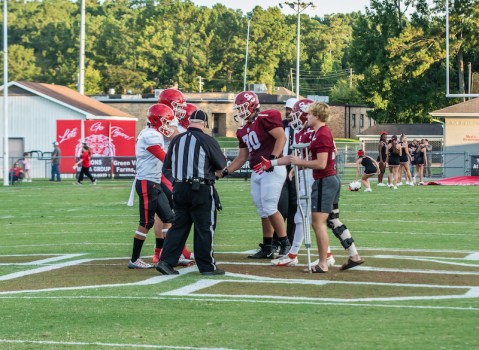 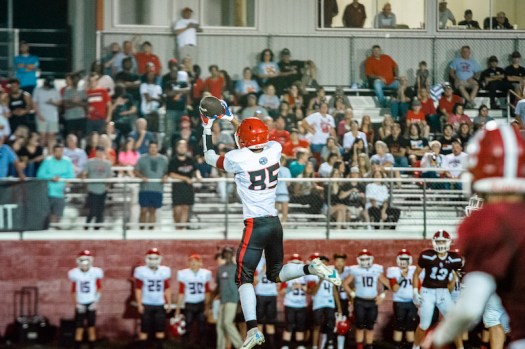 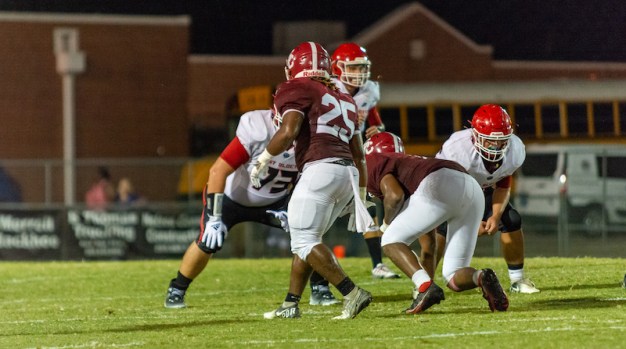 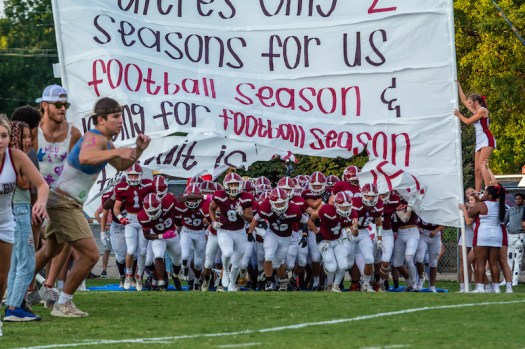 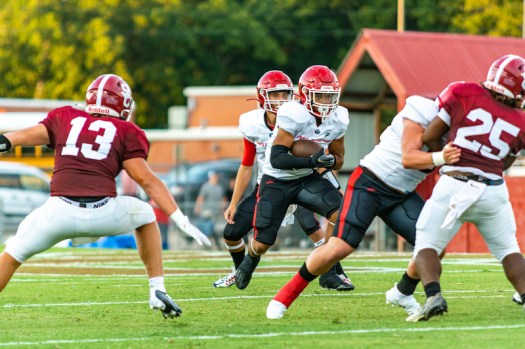 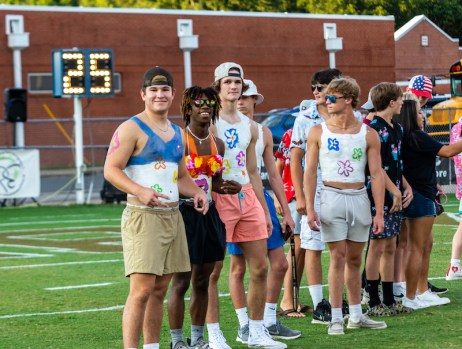 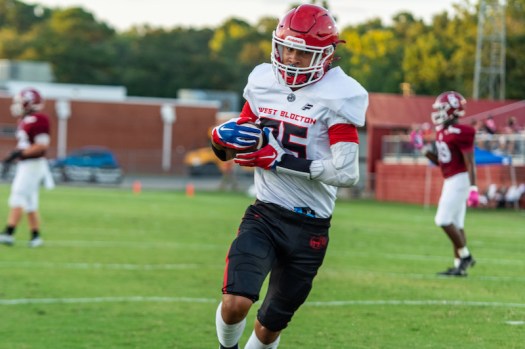 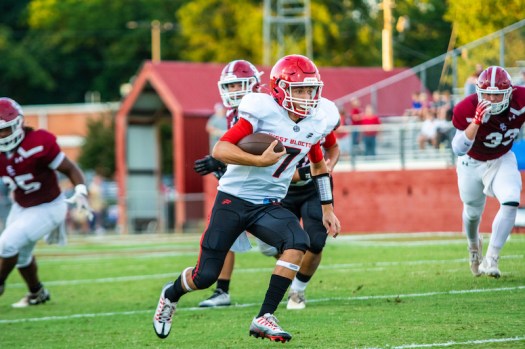 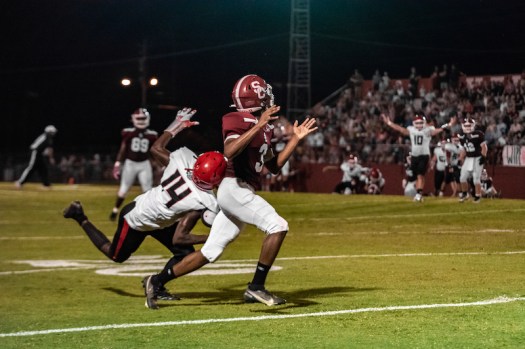 COLUMBIANA – There wasn’t a lot of offensive production in the opening game for the Shelby County Wildcats on Friday, Aug. 19, but there didn’t need to be thanks to a physical tone set by the defense.

The Wildcats took an early lead in the game and capped off a seven-point, 14-7 victory against West Blocton to open the season with a score early in the fourth quarter that became too much for the Tigers.

Senior athlete Carter Sheehan and freshman quarterback Ryan Sipes were a big reason for Shelby County’s success to start the season. The two playmakers for the Wildcats scored the team’s first touchdown in the victory and helped lead a balanced attack offensively that featured 93 passing yards and 40 rushing yards, while freshman Devan Alexander also made an early impact with the game-clinching touchdown in the fourth quarter.

It was the defense, however, that set the tone for the night with a physical effort, following up an impressive year a season ago.

On that side of the ball, the Wildcats got eight tackles from Bradley Horton to lead the way, while Dominique Woods added five tackles.

Those two were leaders of a team effort that kept the Tigers off the board until the final two minutes of the game.

Shelby County was able to strike first within the first seven minutes of the game when Sheehan carried the ball across the goal line for the opening score of the season and a 7-0 advantage.

Like many other early-season games, that was it until the fourth quarter.

As both offenses attempted to get their feet under them, the two defenses went blow-for-blow with one another through the third quarter.

Still up 7-0 to start the final quarter, the Wildcats were able to polish off their first successful drive since the opening quarter with Alexander’s first high school touchdown with 9:12 to play in the game.

With the way the defense was playing, that became enough to thwart off a late comeback attempt from West Blocton, who put up its first score of the game with 2:42 to play.

That, however, was the only time the Tigers found the end zone during the game as Shelby County picked up the seven-point victory.

The Wildcats will now hit the road looking for redemption in a battle with Montevallo on Friday, Aug. 26.