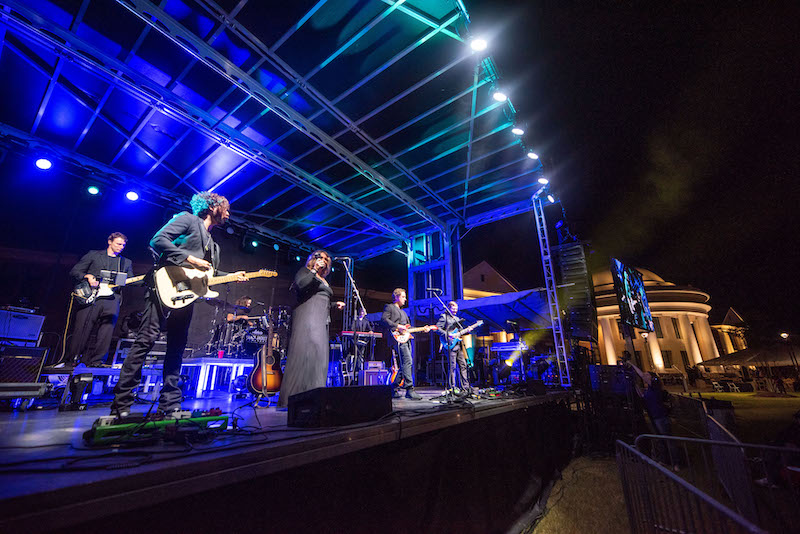 The Alabaster Arts Council released the official lineup for the Alabaster Jubilee #2. The lineup consists of three bands with local ties. (File)

The event will begin at 3 p.m. on Saturday, Oct. 22, at the green space around the old Siluria water tower, on the grounds of Alabaster’s municipal complex at 1953 Municipal Way. The fall event will feature a regional music lineup along with local food trucks.

“With Alabaster Jubilee #2, we are presenting this event as it’s intended to be going forward,” Adam Moseley, president of the Alabaster Arts Council, said. “It gives the community an opportunity to gather for some incredible music and great food from local vendors. We are very focused on bringing some unique music to Alabaster.”

At 5 p.m. The M-80s, a rock tribute to the music of the 1980s that plays all over the Southeast, will take the stage. This is the first show in Alabaster for The M-80s in almost a decade. Alabaster resident Michael Weidenbach plays bass, with Larry Gambrill on drums, Jenni Mote on lead vocals, Mike Tucker on guitar and Alabaster’s Jamie Cole on keys.

Rounding out the concert is John Paul White, who will perform at 7 p.m. White lives in Florence, Alabama. He has cultivated his career in Nashville for two decades, first as a songwriter for a major publisher, then as half of The Civil Wars, a groundbreaking duo that won four Grammy Awards.

Food trucks will be on site throughout the event.

“We encourage those attending the event to support our local food vendors,” Camille Herron, Arts Council vice president, said. “We thank our sponsors, Central State Bank, Coca-Cola and the city of Alabaster. We couldn’t make this happen without them.”

Central State Bank, Coca-Cola and the city of Alabaster are among the sponsors for the event. “The city is a proud sponsor of Alabaster Jubilee #2,” Jamie Cole, City Council member in Alabaster’s Ward 5 and Arts Council vice president said. “We are proud to host the event at our Municipal Complex, which will be its home going forward. We want to focus this year on music with local and Alabama ties, and we’re excited to announce the concert lineup.”

Visitors can find more information about the event at Alabastercityfest.com/jubilee.