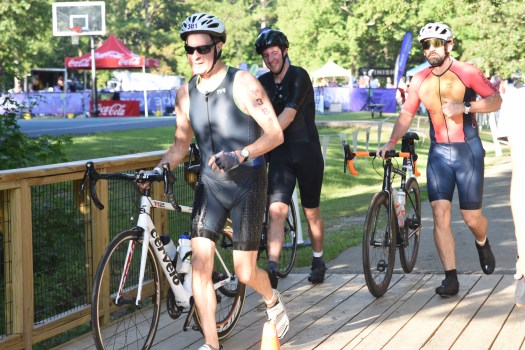 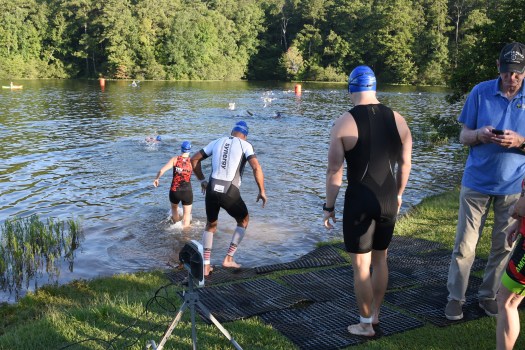 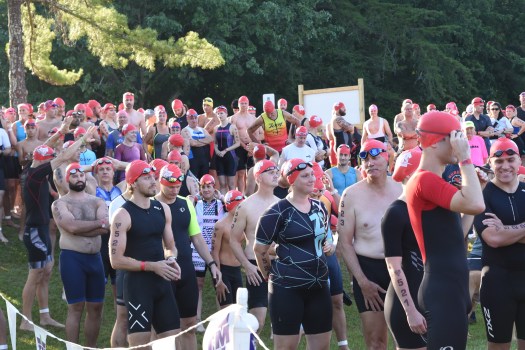 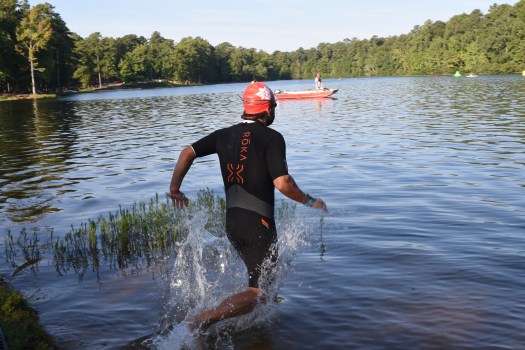 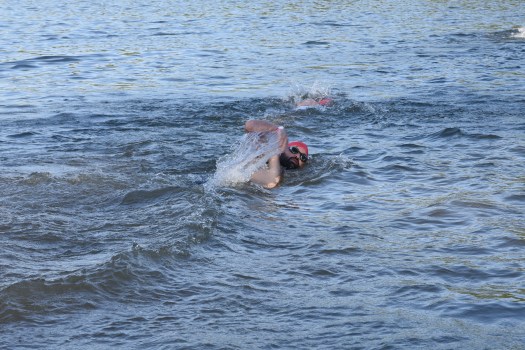 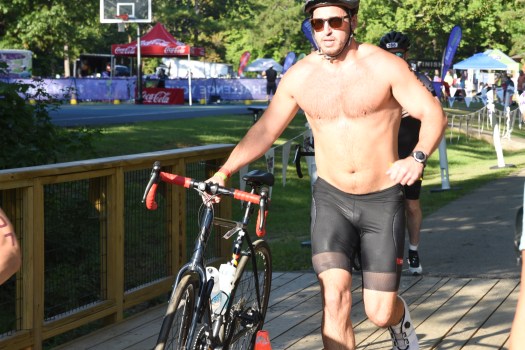 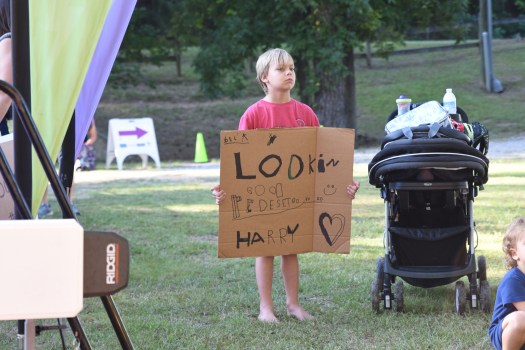 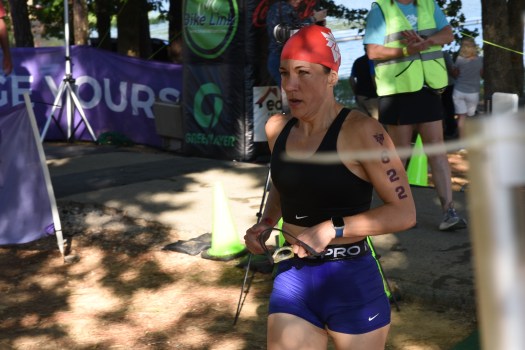 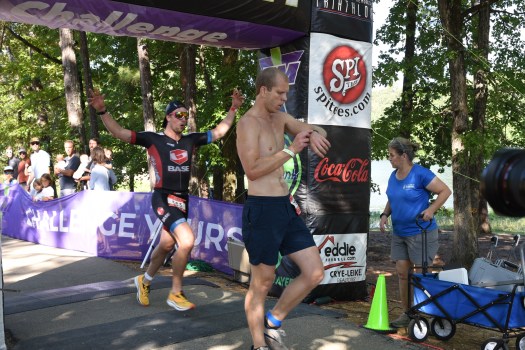 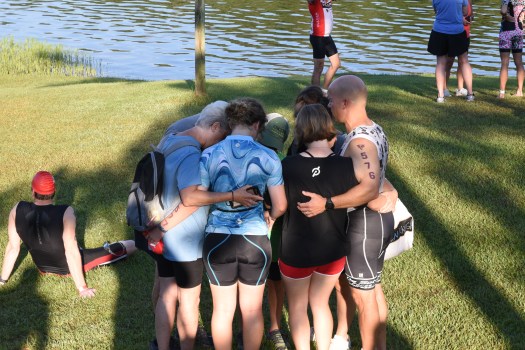 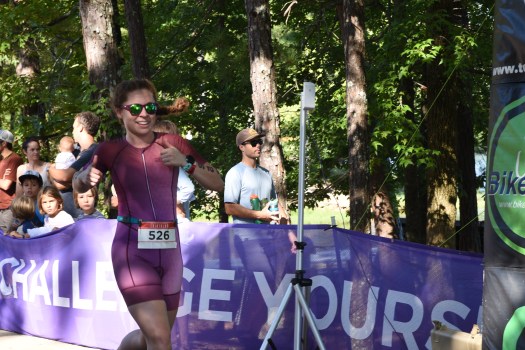 PELHAM – Over 400 triathlon enthusiasts lined up bright and early on the shores of the Oak Mountain State Park Beach on Saturday morning, Aug. 13 to participate in the 37th annual Buster Britton Memorial Triathlon.

The triathletes first jumped into the cold waters of the OMSP lake to swim in either a 1,200 or 400 yard swim, then hopping on their bikes for either the 24 or 12 mile bike trail race to finally end with either a 5.5 or three mile run which led them to the finish line.

The racers competed while being cheered on by friends and family members, some of which brought encouraging signs. After the race, everyone was treated to a special lunch catered by Full Moon BBQ.

Faye Yates, the CEO and race director for Team Magic, said this year’s race grew by over 10 percent from 2021.

“We are super excited to report that almost 25 percent of the 436 racers were doing their first triathlon,” Yates said. “Working with Oak Mountain State Park, the city of Pelham and Shelby County to keep this wonderful tradition not only alive, but growing, is so rewarding. This partnership is why this race is the oldest continuously held triathlon managed by Team Magic and one of the oldest triathlons in the country. The memorial to Buster Britton, a local endurance enthusiast that lit the triathlon fire in Alabama, makes it that much more special.”