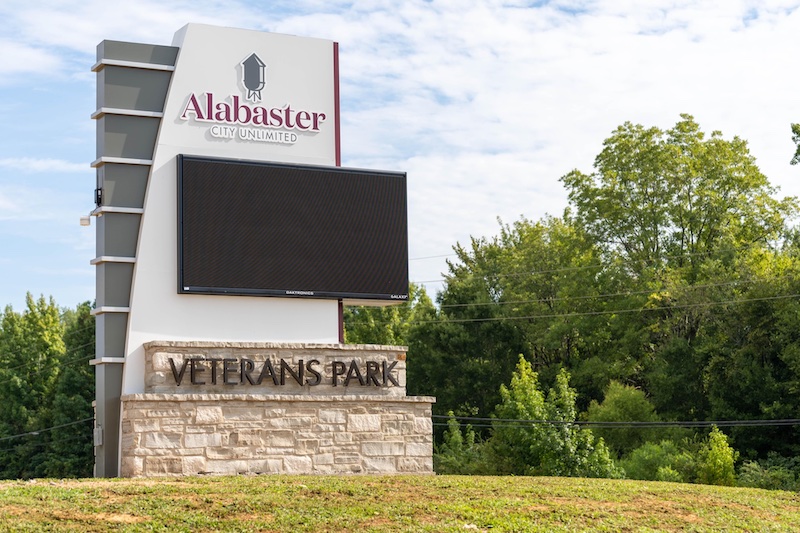 The new sign at Veterans Park in Alabaster is set to premiere its new electronic message board on Thursday, Sept. 1. (File)

ALABASTER – The new welcome sign at Veterans Park in Alabaster is now complete, with the new message board expected to turn on Thursday, Sept. 1.

City Public Information Officer Neal Wagner said the electronic message board, which is a large part of the newly built sign, is currently undergoing a few final networking steps before being officially activated.

“Veterans Park has been around for many years now, but it never had a proper welcome sign until now,” Wagner said. “The park is one of the crown jewels of Alabaster and recently received a major field and parking addition. We wanted to add an attractive and informative sign that matches the quality of the park.”

“We will also use it to help promote special events happening elsewhere in the city like CityFest and Fall Fest,” Wagner said. “It will be a great tool for the city to add to its public communication efforts.”

Current Mayor Scott Brakefield has been instrumental in continuing the developments at the park.