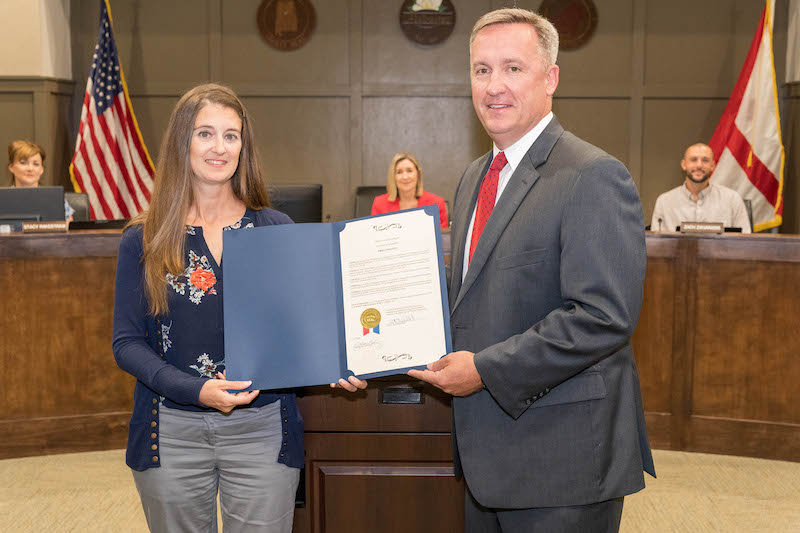 Mayor Scott Brakefield declared the week of Sept. 4-10 as National Suicide Prevention Week in the city of Alabaster on Monday, Aug. 22. (Contributed/Neal Wagner)

ALABASTER – Alabaster Mayor Scott Brakefield officially proclaimed the week of Sept. 4-10 as National Suicide Prevention Week in the city of Alabaster during the City Council meeting on Monday, Aug. 22.

Brakefield presented the proclamation to Amber Henderson from the Alabama Chapter of the American Foundation for Suicide Prevention, which is dedicated to helping those affected by or struggling with suicide through research, education, advocacy and other resources.

“Whereas in 2020, suicide was the 13th leading cause of death, 793 people died by suicide in the state of Alabama,” Brakefield read from the proclamation. “Whereas over 90 percent of the people who die by suicide, have diagnosable and treatable mental health conditions, although often that condition was not recognized or treated.”

Alabaster’s Public Relations Manager Neal Wagner said the city appreciates everything the Foundation and other local resources do to combat suicide in the community.