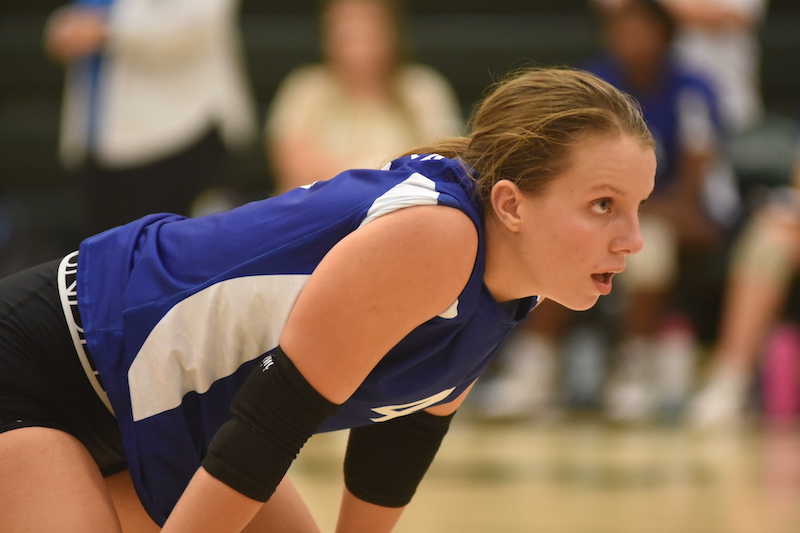 CHELSEA –Fall might be the time of year when the weather begins to cool down, but Chelsea High School’s volleyball team is starting the fall sports season hot with starting off with not one, but two wins.

Thursday, August 18, the Hornets started their first season as a 7A class team with a tri-match against Helena and Hoover High School. The Hornets went 2-0 against their competitors on Helena’s court.

Outside Hitter and Defensive Specialist, Emma Pohlmann played a strong game against the Hoover Buccaneers with 7 kills, 1 error, and 14 attack attempts. Pohlman was the clear frontrunner in kills in the first match of the evening. She started off her senior season leading with 7 digs.

Alongside Pohlmann, Dani Sulenski, Madison Moore, and Cara Belcher were also crucial players in the Hornet’s success against the Huskies.

Sulenski led in hitting percentage, while Moore’s 13 assists and contributed 2 aces helped cultivate the team’s victory against their first opponent. Belcher had the highest number of aces among her teammates.

In the Hornet’s matchup against the Helena Huskies, Lauren Buchanan led in aces with 3. Buchanan tied with Pohlmann with five digs. Pohlmann carried the game with 10 kills and Moore led with 12 assists.

With two wins under their belt to start off the new season in a new class, Chelsea’s volleyball team is clearly off to a good start. Chelsea hits the road Tuesday, August 23 to Pelham to take on the Panthers.