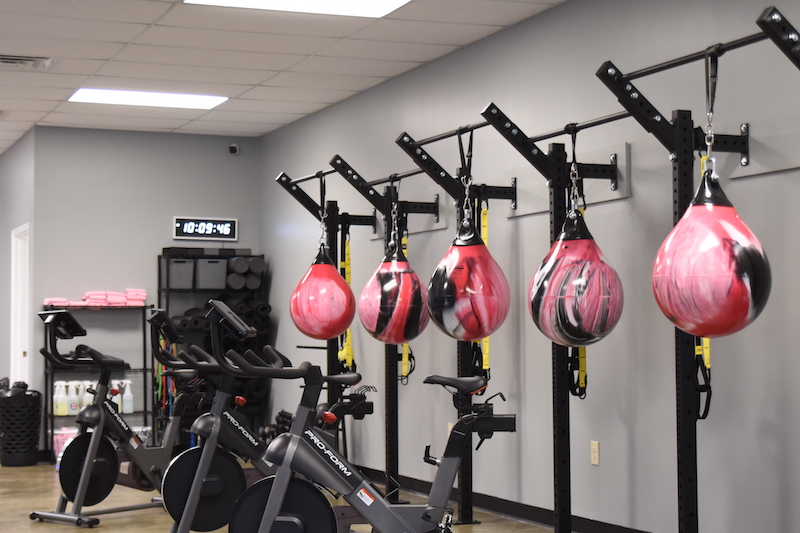 Body by Brii, a female only fitness studio in Chelsea, has expanded their space to next door. (Staff Photo/Noah Wortham)

CHELSEA– Body by Brii, a female only fitness studio in Chelsea, has expanded their space to next door.

Named Studio B, the new space next door opened in July and is where the business holds many of their specialty classes.

“It’s been great, we actually outgrew the space we were in,” Owner and personal trainer Brii Verbitski said. “It’s darker in there, (a) different atmosphere.”

Some of the classes in the new area include boxing, TRX and a spin class.

“(We) wanted to offer some classes that are not offered in the Chelsea area,” Verbitski said.

Between studio and online, Body by Brii offers over 250 classes a month.

“It really came about knowing the number and seeing the classes we did offer,” she said. “(It) drove us to say ‘Okay, let’s expand… open another space, where we can then have more classes, broaden our range of classes.’”

“It’s something that no other gym around here offers,” Verbitski said. “There’s not another boxing class that is in a dark setting, (with) loud music.”