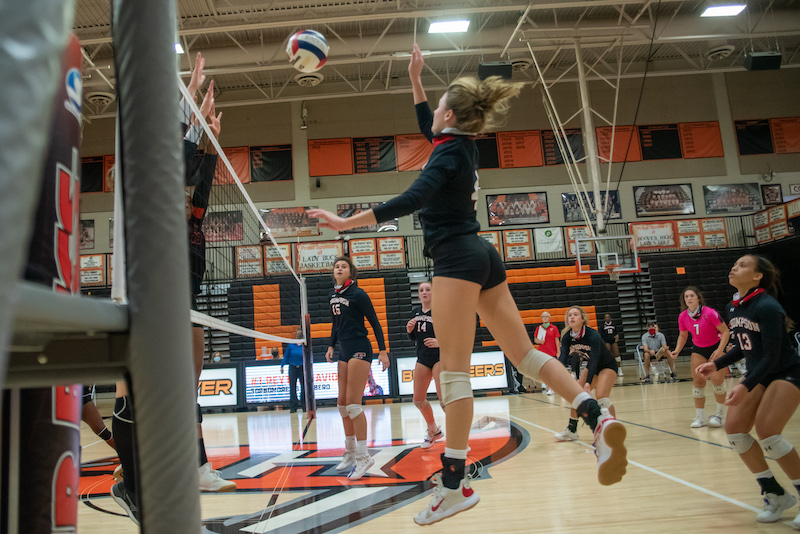 Oak Mountain's volleyball team started their season with a win against Bayside Academy at home on Thursday, Aug. 18. (File)

A major factor in the team’s serve receive rating of 1.8 was libero, Makayla Ragland with a rating of 1.94. Ragland also led with 32 digs out of the 82 the team had in the match against Bayside

Junior, Lauren Schuessler, had a big night having made 20 out of the 39 assists of the match. In addition to Schuessler’s assists, the settler contributed 5 out of the 10 aces of the evening.

Another junior who took part in the Lady Eagles’ success in their opener was the opposite, Ella Pierce. Pierce had four major blocks against their opponent, securing the first win of their first match of the season.

With a win to start off the season, the Oak Mountain Lady Eagles take on Hoover High School on Tuesday, August 23 in Hoover.