Panthers kickoff their season with a tri-match against St. Paul’s and Vestavia Hills 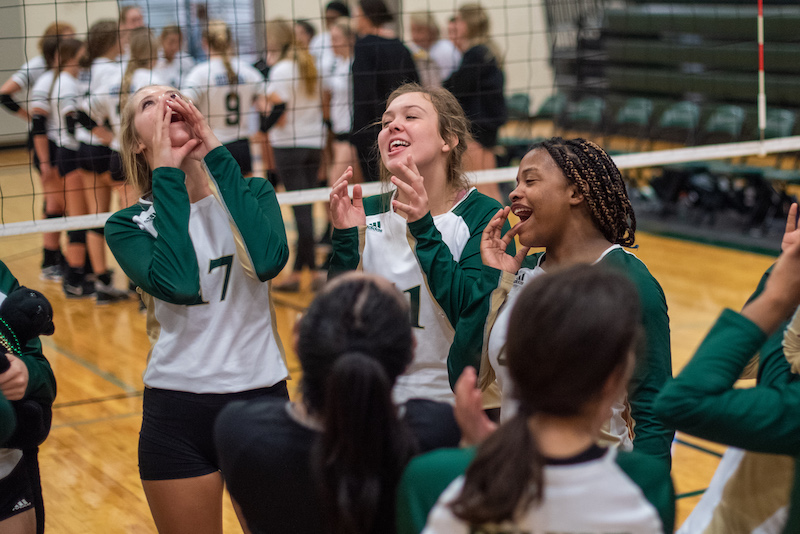 Panthers volleyball team starts their season 1-1 in the evening of Thursday, Aug. 18, during their first tri-match of the season. (File)

PELHAM- With school having already started this month, it wouldn’t be fall without volleyball kicking off the fall 2022 season. While other fall sports are affected by this less than perfect tail end of summer weather, Pelham high school’s volleyball team remains unaffected by the inconsistent weather as they started their season 1-1.

The Pelham Panthers opened their busy weekend early on Thursday, Aug 18, with a tri-match against Vestavia Hills and St. Paul’s. The Panthers beat St. Paul’s 2-1 in their second match of the night but lost to Vestavia Hills 2-1.

Pelham fell to Vestavia Hills in their first match of the evening. The Panthers had a close game against their opponent, losing the first set and winning the second set by just a few points. However, they lost in the final set with Vestavia Hills winning 15-10.

The night turned for the Panthers when they won their second match of the evening defeating St. Paul’s. Although the Panthers fell short to St. Paul’s in the first set of the game by a couple of points, they secured their win in the last two manages with a 3 to 4-point lead.

The Pelham Panthers return to the courts on Tuesday, Aug. 23 against the Chelsea Hornets at home.