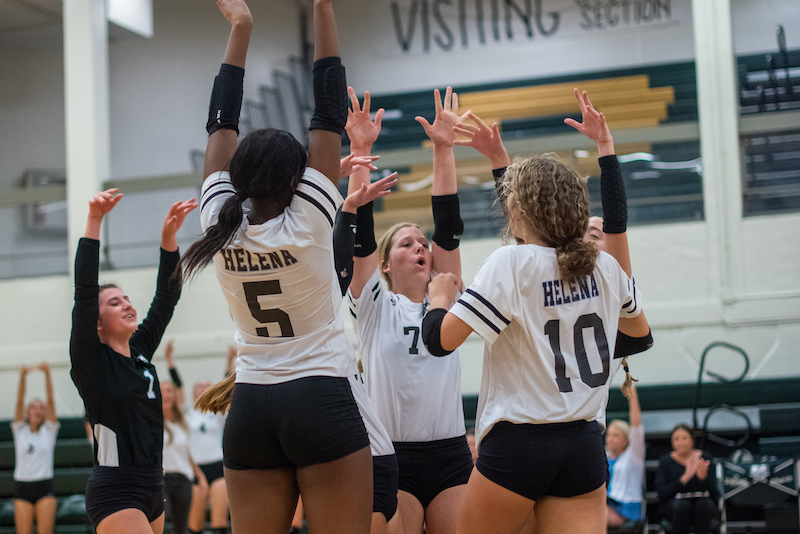 2021 Juanita Boddie overall winner, the Spain Park Jaguars were 7-2 over the weekend. The returning champs beat schools such as Enterprise, Buckhorn, Daphne, Wetumpka, Mountain Brook, Sparkman, and Briarcrest during the 2022 tournament.

Throughout the two-day tournament, several senior members of the team had some strong plays. Emily Breazeale had the highest number of kills for the Jaguars leading with 90 over the weekend. In addition to her kills, Breazeale had 17 digs and 5 blocks.

Freshman and newcomer to Spain Park’s participation in the annual tournament, Megan Ingersoll, was a major contribution to the Jaguar’s success over the weekend. The 9th grader had 49 kills, 15 digs 5 aces, and 3 blocks.

Although the 2021 champs fell short to the overall winner, Brandon high school, they secured their spot as second overall with Briarcrest tied with Bob Jones trailing behind them in third place.

Pelham had a long day during the second day of the tournament winning 4 out of the six matches they played on Saturday, August 20. The Panther lost two close matches against Briarcrest and Baylor. However, Pelham secured the 23rd spot overall by defeating Westminster Christian, Grissom, Daphne, and Collierville.

Helena high school’s Huskies came in 41st place in the two-day tournament held at the Finely Center in Hoover. The Huskies fell short in a close match against St. Paul’s scoring 25-21 and 25-20 in each set. During the second day of the tournament, Helena was defeated by Cherokee Bluff and Mountain Brook in two difficult matches.

With one tournament under their belts to kick off their first weekend of the season, Spain Park, Pelham, and Helena all hit the road on Thursday, August 25, to take on Hoover, Hillcrest, and Mountain Brook.