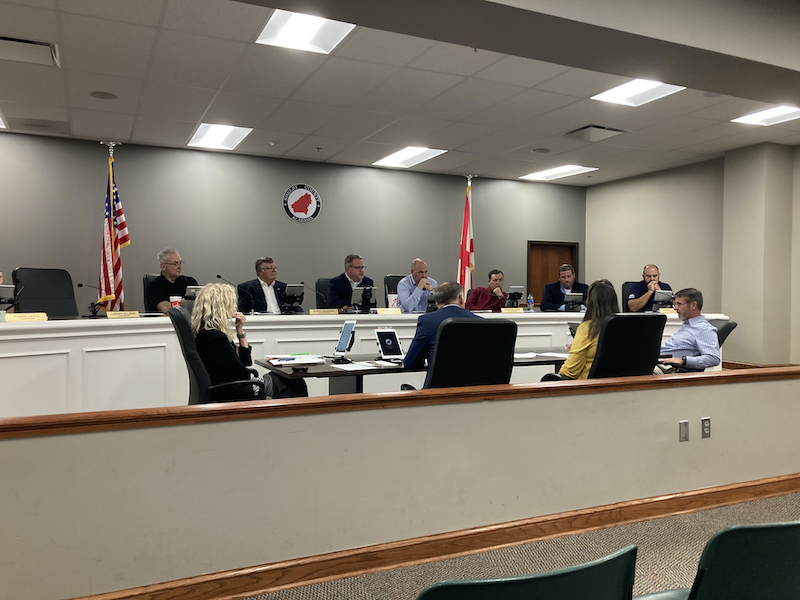 COLUMBIANA– The Shelby County Commission approved an emergency response plan update, gave permission for the sale of beer and table wine at a Chuck E. Cheese restaurant and heard a report from the county manager during a meeting on Monday, Aug. 22.

The Federal Emergency Management Agency changed guidance in September 2021, and the Emergency Operation Plan was updated this year.

“There was a complete revamp,” EMA Supervisor Michael Asdel said. “We put it before our local Emergency Preparedness Committee, which was comprised of all our stakeholders, voted on it (and) got it approved.”

County Manager Chad Scroggins commented on the issue after the Commission approved the update.

“This is not a standard update,” he said. “The old format is now this new FEMA format, so Mike and the team had to update the whole thing.”

The Shelby County Commission also approved the sale of beer and table wine for a Chuck E. Cheese Restaurant located on U.S. 280.

County Manager Chad Scroggins gave a report on finance, facilities and services during the meeting.

He said they have several projects getting closer to completion and that the field and track project is trying to make its deadline.

“The primary thing that we’ve been doing internally is associated with budget, we did (the) budget, the funding in there to pay for our legal services and legal fees,” Scroggins said.

The meeting was adjourned after a final comment by Chairperson Kevin Morris.

“On behalf of the commission, I’d like to thank a lot of folks, just because you make all of our jobs a lot easier,” he said. “One of the things I know I always appreciate, and I think I can speak for the group is the professionalism of our staff in doing this.”