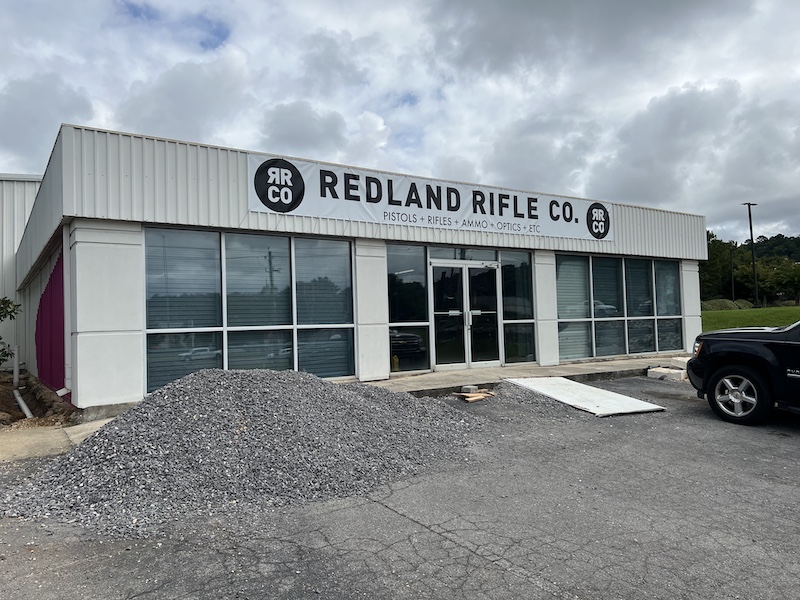 NORTH SHELBY– A new firearms dealer is coming to 280 later this year.

Named, Redland Rifle Co., the business hopes to provide a unique experience to its customers.

“We felt that over here, on this side of Hoover, there just wasn’t a lot of places that offered a robust and really complete lineup of products,” owner James (JD) Deer said. “A lot of places focus on being tactical, gunsmithing…whereas, we wanted to bring something a lot different.”

“(It’s like) if an apple store and a gun store had a baby,” he said. “The way we display our products is they are on the walls and not behind the counter.”

Those concerned about the safety of this display style do not need to worry as the firearms will be alarmed, tethered and trigger locked.

“You don’t have to ask us if you want to see a particular firearm, you can just pick it up,” Deer said.

Red Rifle Co. aims to have a large selection for its customers with between 300 and 500 different firearms.

“We’ll have a ton of firearms,” Deer said. “We will have optics, binoculars, accessories, cleaning gear, Holsters, tools (and) some parts.

There will be an entire wall dedicated to ammunition.

Another way the arms retailer aims to set itself apart is through its targeted customer base.

“Part of what we’re doing here is having a real good focus on women shooters and new firearms owners,” Deer said. “Our experience here will lend really well to folks that are not your traditional gun guys.”

Redland Rifle Co. is currently aiming to open in the second week of October.

“People are looking for great values, a great product, they want an experience,” Deer said. “I think people will appreciate the time and energy (and) thought that went into the store and what we’re trying to accomplish.”