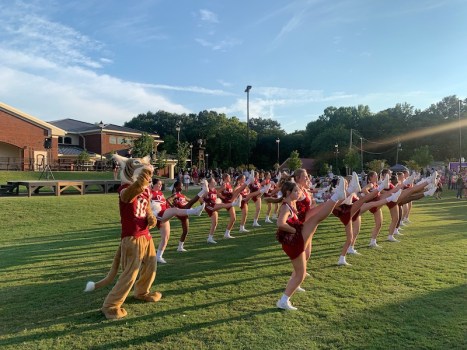 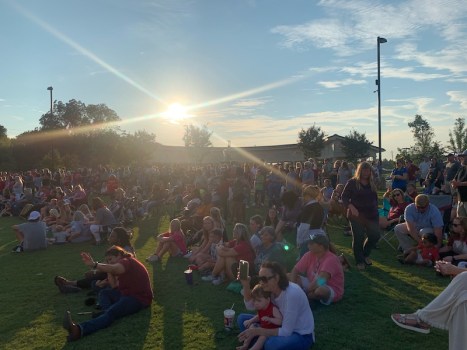 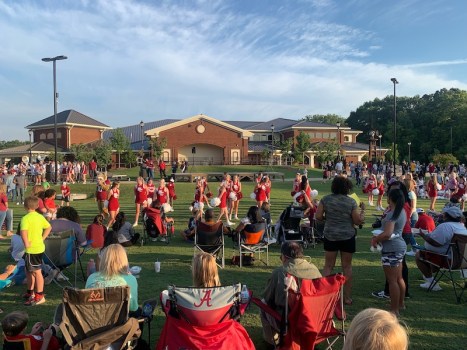 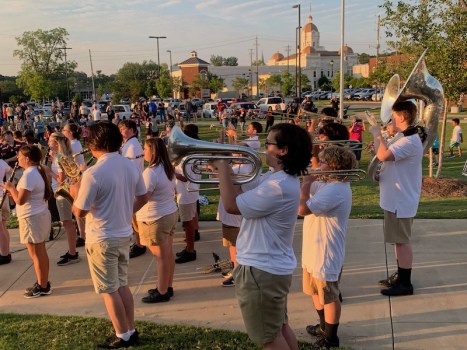 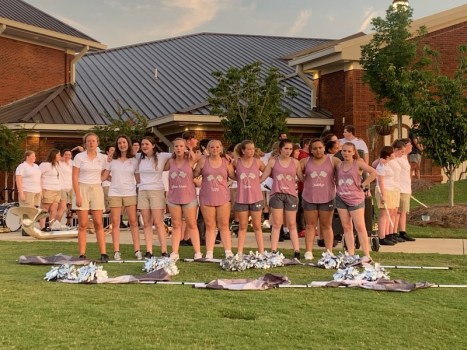 COLUMBIANA – As the saying in Columbiana goes, “Once a Wildcat, always a wildcat.” This is most true at the annual Community Pep Rally, traditionally held on Main Street.

This year, however, the pep rally was moved to Old Mill Square where it allowed fans to spread out, and gave the teams the ability to be visually seen in groups, but also as one student body all at one time. The effect was great and seemed to be well received in a community where traditions are important. Shelby County High School is not only the high school of the county seat but also the oldest high school in the county.

The evening started with a welcome from city Councilman, Ricky Ruston, who thanked everyone for coming out. Then, Maelyn Kirkland, captain of the cheerleading squad, was introduced as the 2022-23 reigning Miss SCHS, who by tradition, serves as the school hostess at various events each year.

Kirkland stepped up to her new position immediately by fulfilling her first obligation of the year, emceeing the event. One by one she introduced high school principal Kyle Dudley, middle school principal Dustin Smith and each coach and team for the fall sports lineup.

As the coaches for middle school and high school volleyball, cross country, cheerleading, band and football teams took the stage, they thanked supporters in the community, shared their goals for the new school year, and introduced seniors as leaders to the student body in their chosen sport. The cheerleaders led a crowd ready for the season in cheers between each team’s introduction.

Just before the introduction of the football team, the Pride of Shelby County band gave the fans a preview of its new halftime program, “Hero’s Don’t Need Capes,” led by sophomore drum major, Abby Nave. Band Director Matt Martindale, shared with the crowd that the program was a tribute to everyday local heroes such as first responders and others that protect and serve in our community every day.

The pep rally ended with senior Bobby Fryer, also known as Wiley the Wildcat the SCHS mascot, leading the students and fans in the singing of the school’s alma mater. The current student body linked arms and swayed back and forth as they sang the familiar song, alumni throughout the crowd could be heard singing as well.

The beautiful evening and new venue made for a night of spirit and community that helped kick off the season for the Shelby County Wildcats.