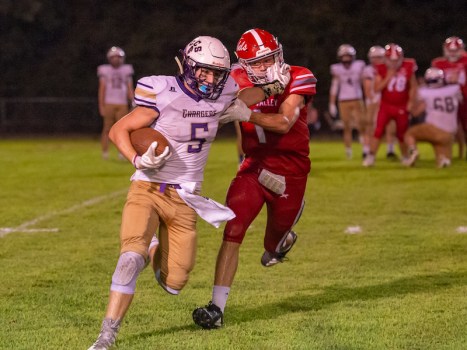 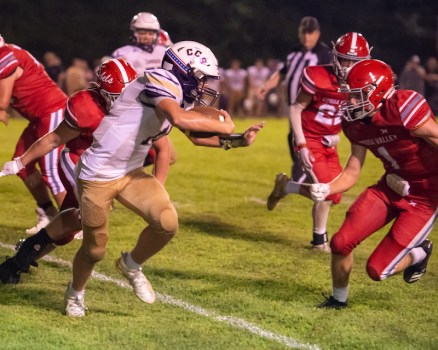 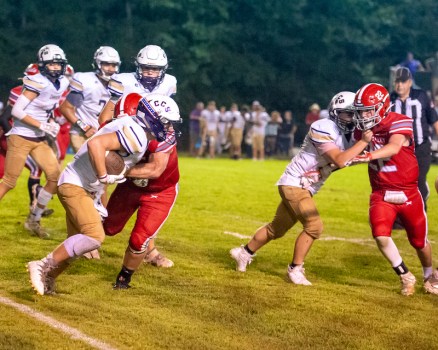 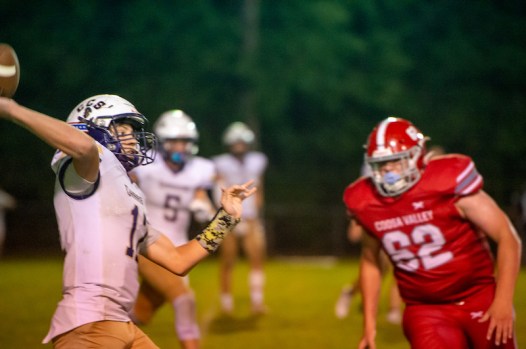 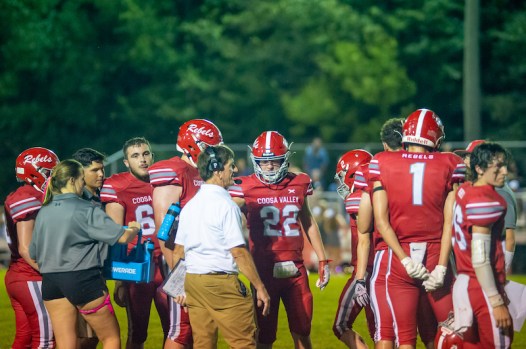 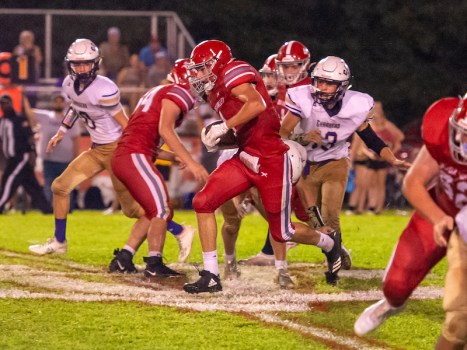 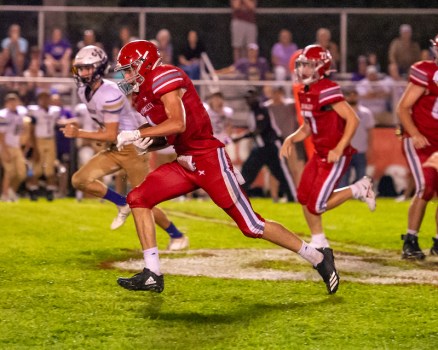 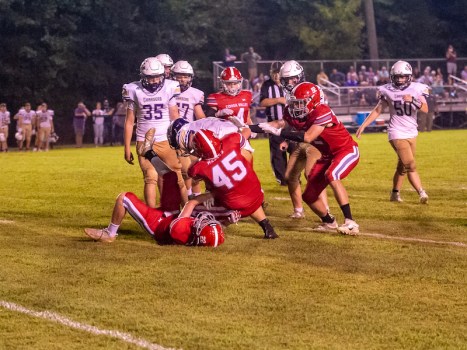 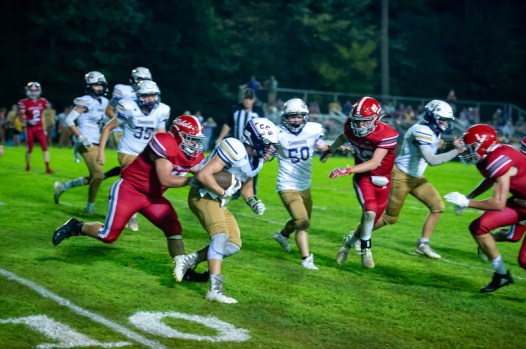 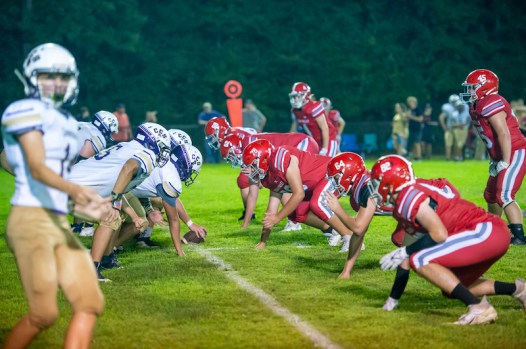 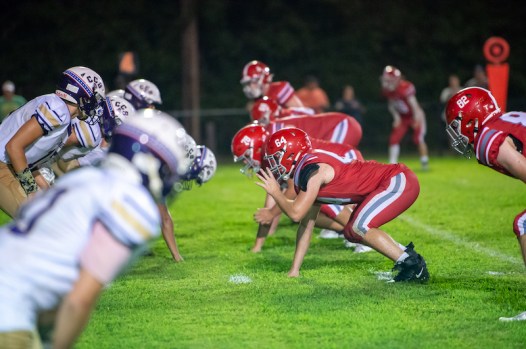 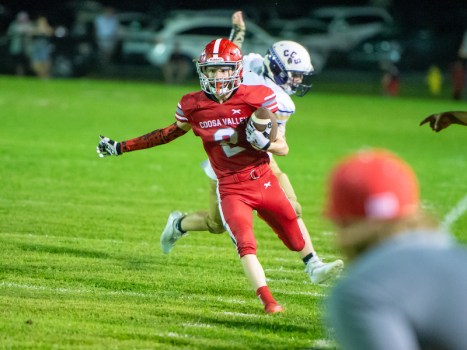 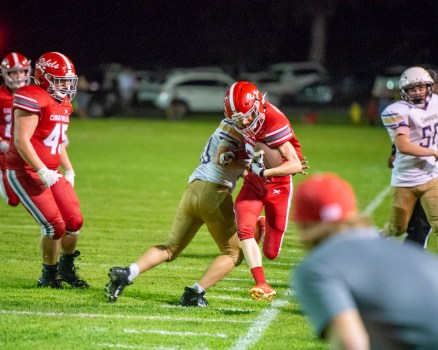 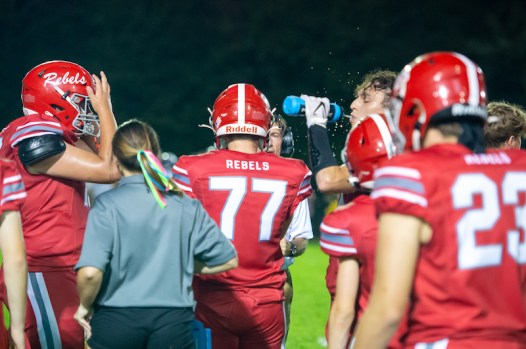 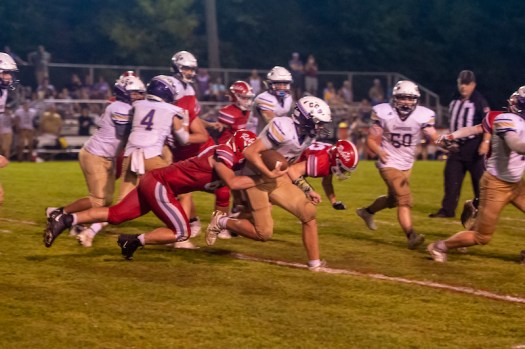 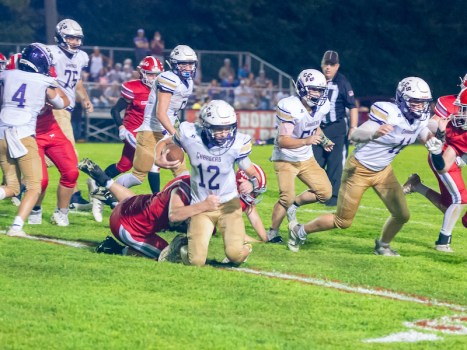 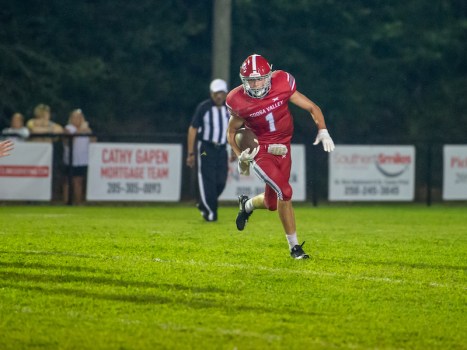 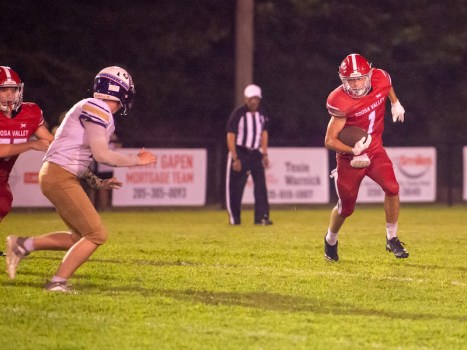 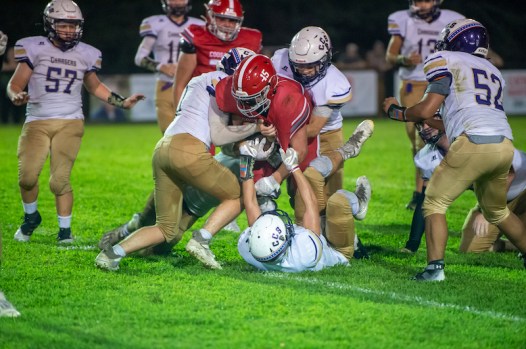 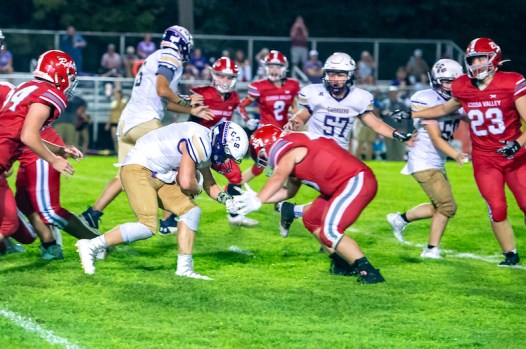 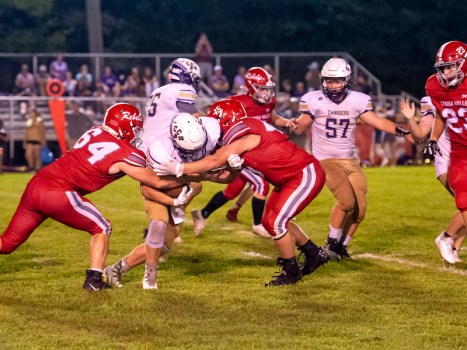 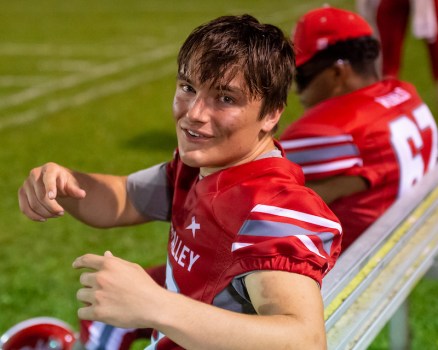 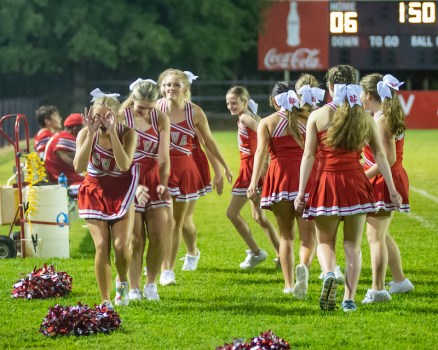 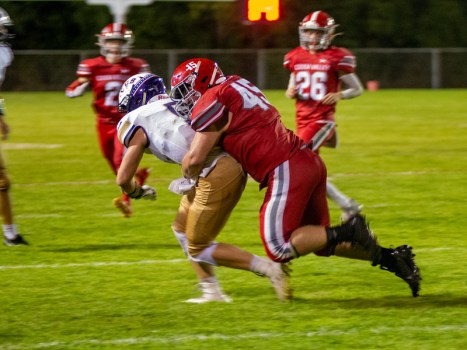 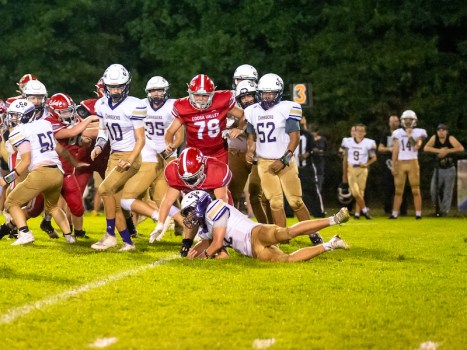 Zeke Adams passed to fellow sophomore Noah Schober for both of the Chargers’ touchdowns, one in the first quarter and another in the third quarter.

Adams also ran in both of the 2-point conversion attempts.

Jacob McGaha accounted for all of Coosa Valley’s points with a touchdown run of about 30 yards.

Four turnovers by Coosa Valley could have been the difference in the game.

Adams nabbed an interception for Cornerstone, and James Wilson recovered a fumble.

“Our defense grew up tonight,” Lee said. “I’m proud of this young group. This was a great win against a rival—a good hard-fought game by both teams.”

Caleb Boackle’s running allowed Cornerstone to keep the clock moving in the second half and grind out a win.

McGaha had about 80 yards rushing for the Rebels.

Coosa Valley’s defense was led by Levi Ponder, who accounted for a couple of sacks, and McGaha with several tackles.

Coosa Valley visits Lowndes on Sept. 2 for a region game, and Cornerstone will have the week off before visiting New Life Christian on Sept. 9.