Evangel picks up another shutout, now 3-0 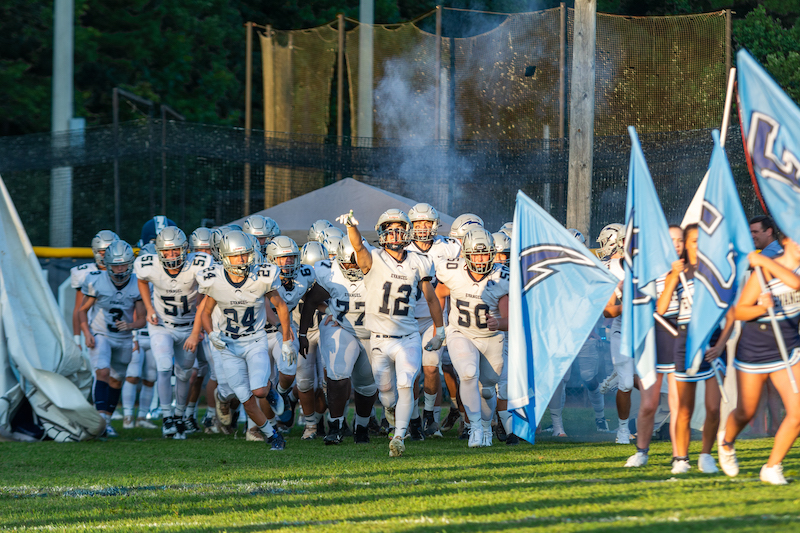 “Our defense to post two shutouts in a row is tough in 8-man football, I don’t care who you play,” said ECS Coach Tim Smith. “This was a good one. We really didn’t know what to think. A lot of people had told us they might be the team to beat in AISA. We got a head and kept our foot on it in the first half. We’re really excited about how hard they played.”

The Lightning tacked on 21 points in the second quarter to lead 39-0 at the half. Colton Dorough scored on a 9-yard touchdown run, Atkins scored from 4 yards out, and ECS added a 35-yard touchdown by backup QB Will Welch, who went on to play the rest of the game and led ECS with 108 yards on five carries. Atkins finished with 94 yards on 11 carries in the first half, while Whitfield was 6-of-12 passing for 141 yards and a touchdown.

Clay Stanton recorded a safety in the third quarter, and Welch completed a 3-yard touchdown pass to Joshua Looman in the fourth quarter to cap the scoring.

Kaden Jones led ECS with six tackles, while #6 and #32 had five apiece and Zane Barlow and Hyaden Black had four each. Cole Romano and Stanton each had a sack.

Evangel (3-0) has now out-scored its opponents 168-13 in its first three games. The Lightning will travel to Southern Prep Academy in Camp Hill on Sept. 2.