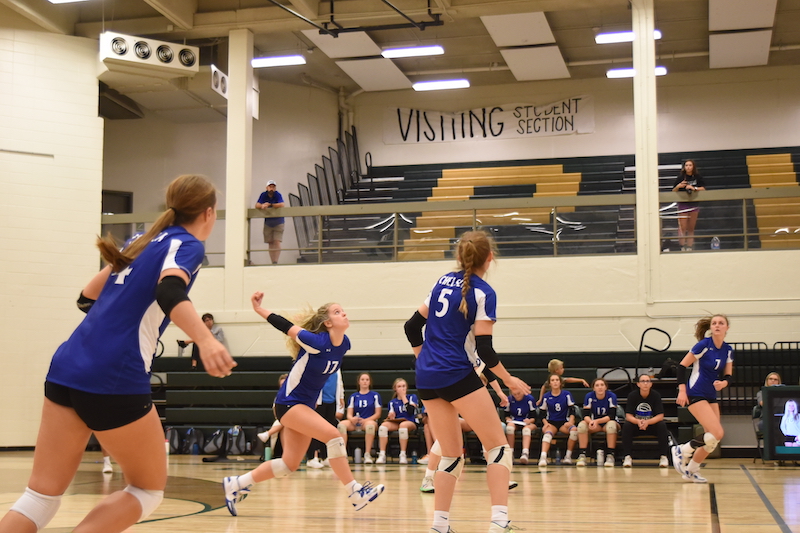 VESTAVIA HILLS– Chelsea High School’s volleyball team traveled to Vestavia Hills over the weekend of Aug. 25, to participate in their first volleyball tournament of the season as a 7A team. The Hornets went undefeated by beating Fairhope, Arab, Springville, Oxford, and Helena over the weekend.

The Hornets dominated the courts during the Vestavia Classic, having only lost one set the entire weekend in their final match against Arab. Chelsea had secured their title as the tournament overall winner with strong performances by Madison Moore, Emma Pohlmann, and Lauren Buchanan.

Senior, Moore had a huge weekend. The setter broke a personal record during the tournament, she broke 1,000 career assists. The 202 assists Moore made over the five matches led to the new record.

Defense specialist and outside hitter, Buchanan made major contributions to Chelsea’s success in the tournament. The sophomore led the Hornets with 93 kills and ten blocks, she also had 44 digs and 19 aces.

Pohlmann led the Hornet with 79 digs in their five matches. The senior outside hitter made 71 kills, 11 aces, and seven blocks.

It is safe to say that the newly 7A classified team is currently going strong on their winning streak. The Hornets have gone undefeated since their Tri-match on Thursday, Aug. 25, against Briarwood and Tuscaloosa County. Now 11-3 this season, Chelsea hits the road on Thursday, Sept. 1, as they take on the Hewitt-Trussville Huskies.