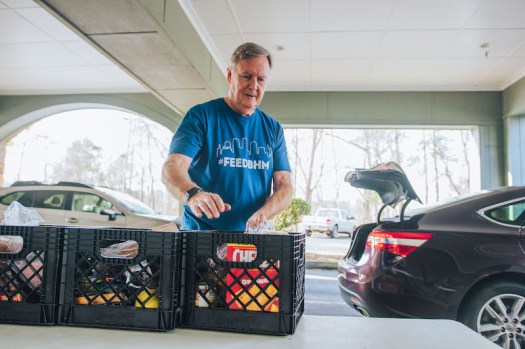 Grace Klein Community is a food ministry organization, founded by Jenny Waltman, that has been providing help to the citizens of the greater Birmingham area since 2009. (Contributed/Chuck Mullins) 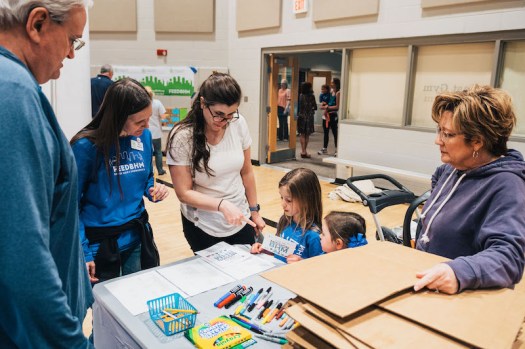 Grace Klein Community is a food ministry organization that has been providing help to the citizens of the greater Birmingham area since 2009.

The ministry was founded by Jenny Waltman and her family with the support of more than 50 committed volunteers.

“We started feeding the hungry because we realized we were not honoring God,” Waltman said. “Some people need to receive a box of food to realize Jesus loves them.”

Waltman explained the reasoning behind the organization’s name.

Grace Klein Community originally started by serving 58 families in October of 2009, and in April of 2010, it officially became an official 501c3 non-profit organization.

“As we continued to grow, we realized our nation is wasting a lot of food,” Waltman said.

40 percent of the food produced in America is thrown away, she said.

“We can solve the problem with food rescue,” Waltman said. “If we use that food that was being discarded, we can fill plates instead of landfills.”

Grace Klein Community began rescuing food in 2013 and piloted an app with Food Rescue U.S. in 2021.

In 2021 Grace Klein Community provided food support to 40 of the 67 Alabama counties through its more than 130 distribution partners.

“We can all agree on the importance of providing food to the hungry in our communities and our desire to love our neighbors through food support, brings us together in unity,” Waltman said. “Alabamians are naturally hospitable, creative and resourceful, plus we all appreciate good food shared around a table.”

Waltman is also the author of a book titled “God Chose the Wrong Person: Surrendering to his Plan, Not Mine.”

The book tells of her journey and why she believes God called her to do this work.

“So many times, we all feel so inadequate to the tasks set before us,” Waltman said. “God wants us to all know when we feel like the wrong person, he’s making us the right person.”

A pantry is available at Hope Mountain Church in Calera every Tuesday and Thursday from 1 to 3 p.m. with a drive-thru every first and third Saturday from 11 a.m. to 1 p.m.

Helping Hands Ministry in Harpersville is a food support site and they are open on Sundays from 4 to 5 p.m.

Amazing Grace Church in Alabaster is open for support every third Saturday from 9 to 11 a.m.

Those interested in helping can sign up as a “food rescue hero” at app.feedbhm.org or donate food via alert.feedbhm.org.

More information can be found on the ministry’s website at Gracekleincommunity.com.