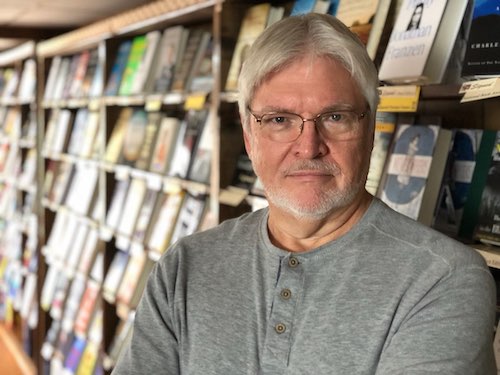 PELHAM– Don Keith is a Pelham based writer who has sold over 100,000 copies of his best-selling series Hunter Killer.

Former submarine skipper George Wallace served as a co-author to the series which follows the story of a US Navy SEAL team that is on mission in South America.

Keith said that both him and Wallace are very content with the reception that the book series has received.

“We’re thrilled our books have found a loyal audience and that so many people like the stories we tell,” Keith said. “I just feel fortunate that I get to tell these stories.”  The book was adapted into a major motion picture starring Gerard Butler, Gary Oldman, and Linda Cardellini.

Keith said he loves to give back to the greater Shelby County community.

“I’ve had the honor of doing several writer workshops for the North Shelby County library and for young writers for the Shelby County Board of Education,” Keith said.

Keith identifies as a southern writer and is grateful to reach his Alabama based audience and to have extended to other areas of the country as well.

“I think I write with a southern accent whether I intend to or not,” Keith said. “Sometimes one of my co-writers will say, ‘Don, that must be a bit of Alabama-ese there. We don’t say that up here.’ Plus, I think storytelling is a part of Southern culture.”

Keith said being a writer is a dream he has always had.

“I’ve wanted to be a writer since I realized you could string letters together and makes words and string words together and make sentences,” Keith said. “I’ve always loved storying and listening to stories. Especially ones that entertain, inspire, or otherwise affect someone emotionally.”

Keith has been writing and storytelling since the early 1990’s.

“I got serious about it when I worked for a media software company and was on the road with a laptop computer. I started writing a novel I had in my head. I wrote three more before I was able to find a publisher.” Keith said.

More information on Don Keith’s books, events and future projects can be found at Donkeith.com