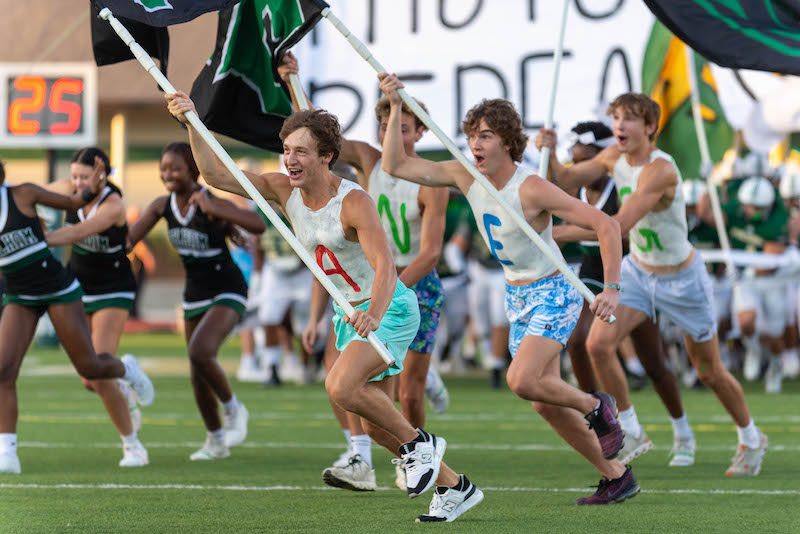 Fall is so much more than pumpkin spice season. Being a northerner (from the cold depths of Metro Detroit, Michigan), the fall season has always been my favorite time of year. The changing of the leaves, apple orchards, pumpkin patches, Halloween, and the list goes on. Since moving to Alabama four short years ago, I learned of a new kind of fall, a southern fall.

Filled with imported pumpkins, scorching 80-degree heat, and a lack of authentic apple cider. There are things I miss throughout the seasons. I miss crisp midwestern autumns but appreciate avoiding the frozen Northern winters. However, there is always one thing that both a northern and southern fall have in common, the return of football! Nothing is like football nights under the lights.

It is a comforting feeling to be in almost any football stadium because you know the tradition of fall football is still going strong. I love college football, but nothing compares to high school football. It’s nearly impossible to think back to high school without thinking of football, even if your high school team was as unsuccessful as my high school football team was. Despite the continued losses, all that mattered was the game against our biggest rival. Watching that rivalry game, seeing your classmates on the field, and being in the stands with your friends cheering was like no other feeling. The one thing mainstream movies seem to portray accurately is high school football.

With all the possibilities that a new season can bring, there is nothing that can beat the feeling of a fresh football season. And even though the weather does not give any indication that summer is gone and autumn is here, the return of the football nights under the lights is reassuring, proving that fall and football are finally upon us.