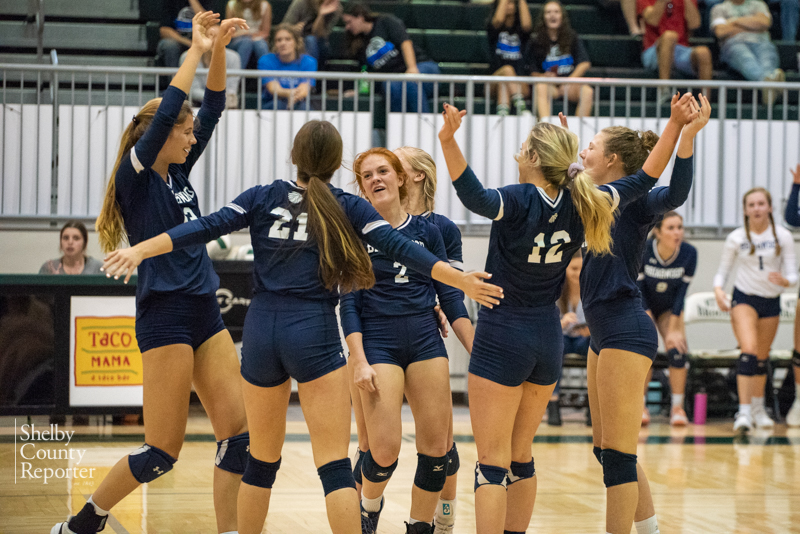 In their first matchup against Wilson, the Lion won both sets 25-18 and 25-22. Junior, Stella Helms led the Lions with 7 kills in the match. Junior, Emma Reid Frost served 3 aces, and seniors, Sigourney Bell and Bradford Latta had one solo block each.

Briarwood defeated St. Paul II 25-21 and 25-22 in their second match on Saturday. Helms led the Lions again with six kills. Both junior, Caroline Jones, and senior, Jolee Giadrosich served two aces each. And junior, Lindsey Bulter, and Latta had one solo block each.

In the fourth match of the tournament, Briarwood beat Lexington 25-18 and 25-19. Jones led the Lions with 11 digs and two aces. Helms had six kills and Giadrosich had 14 assists.

In Briarwood’s rematch against Lawerence County, the Lions defeated the devils 25-17 and 27-25. Junior, Lindsey Bulter led with seven kills, and Jones led with 14 digs in Briarwood’s last match of the evening. Giadrosich had served two aces and Latta had two solo blocks to secure Briarwood’s final win of the tournament.