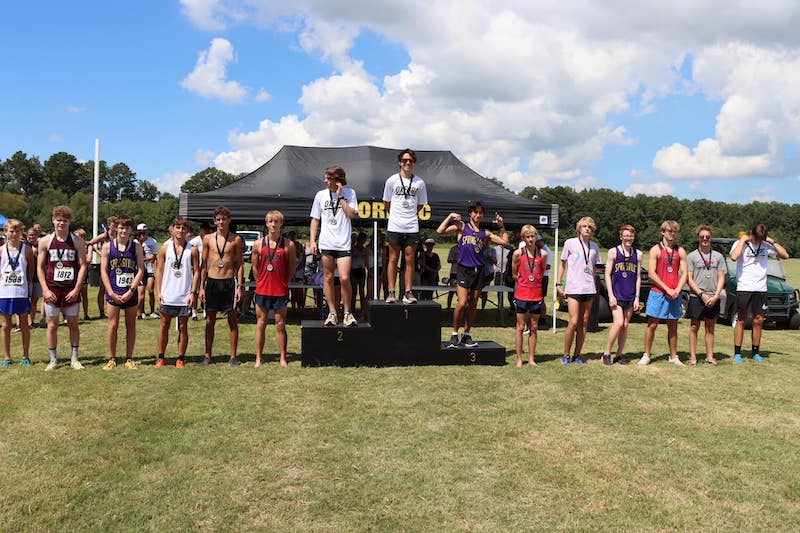 OXFORD–Oak Mountain’s cross country team participated in their first invitational on Saturday, Aug. 27. The Eagles started their season off strong at the Waffle House/Yellow Jacket Invitational placing first in both the girls and boys 5000-meter run.

The boy’s team averaged 18:46 on Saturday. Senior, Mathew Womack, and sophomore, John Shoemaker placed in the top five out of the over 50 runners who participated. Womack placed fourth overall with a time of 17:49:10 and Shoemaker placed fifth timing at 17:59:96.

The Lady Eagles averaged 22:20 in the invitational. Four members of the team placed in the top ten. Sophomore, Faith Scardino placed third with a time of 21:22:12.  Junior, Lauren Cole placed fifth with a time of 21:48:19.

Senior, Kate Wright, and sophomore, Brighton Bell had a good start to their season placing seventh and tenth for the Lady Eagles on Saturday. Wright placed seventh with a time of 22:10:15 and Bell placed tenth with a time of  22:54:02.

The Eagles take on their next meet in Alabaster at Veterans Park on Wednesday, Sept. 1, against Trussville-Hewitt and Thompson.