Briarwood wins in final minute for 2nd game in a row 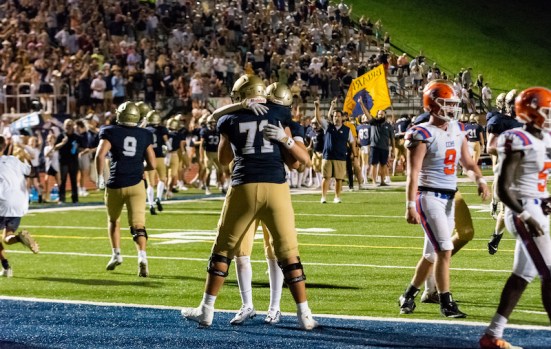 For the second week in a row, the Briarwood Lions put together a game-winning drive in the final minute to pick up a 36-29 win against Chilton County on Sept. 2. (For the Reporter/Markee Canada) 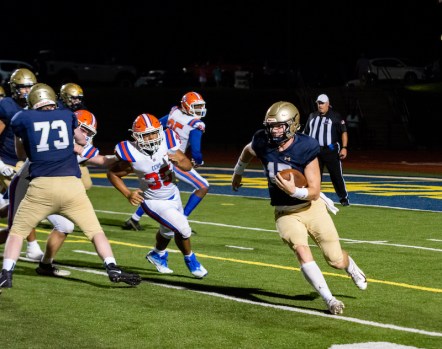 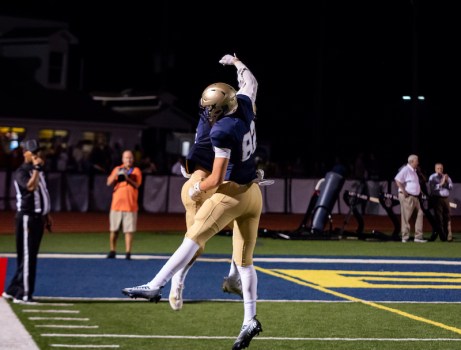 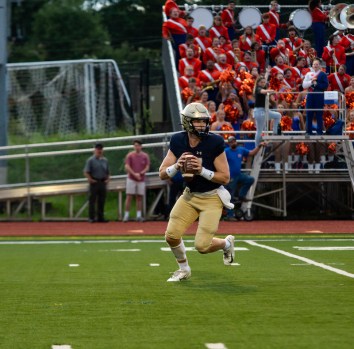 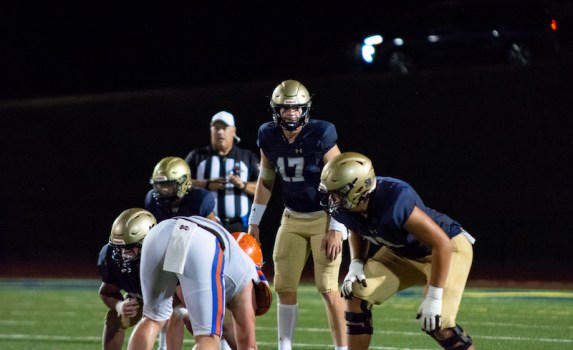 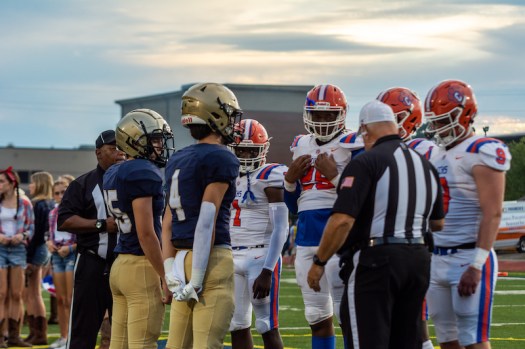 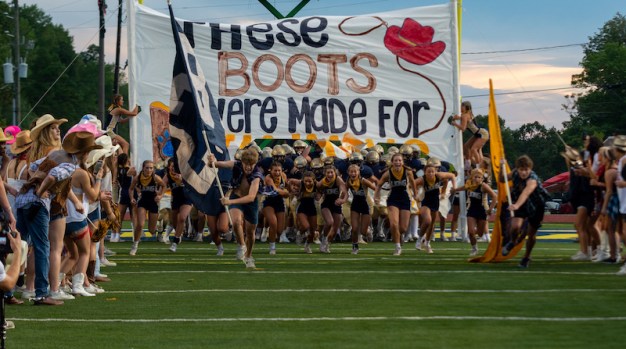 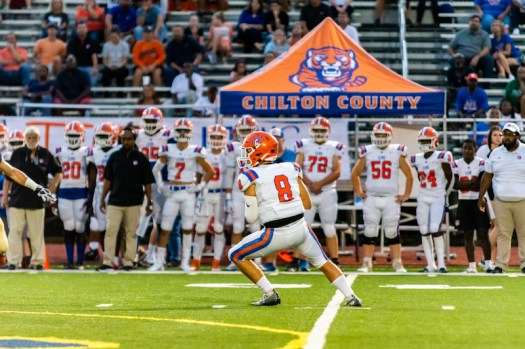 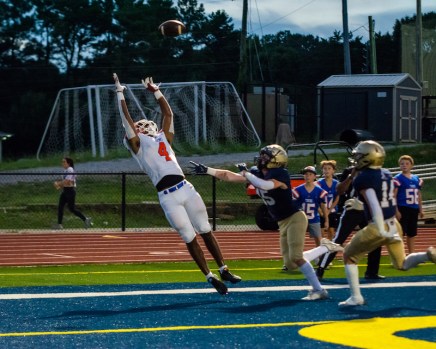 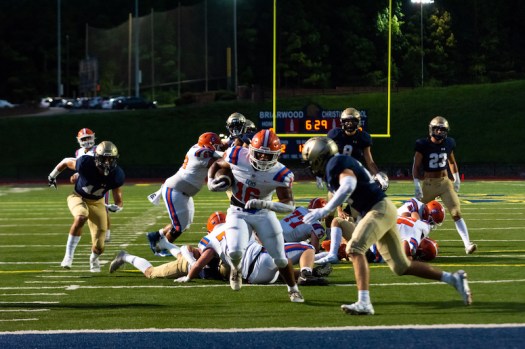 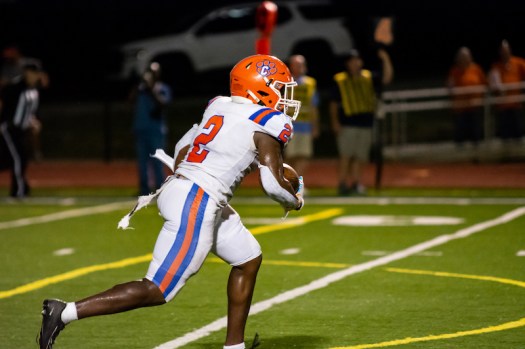 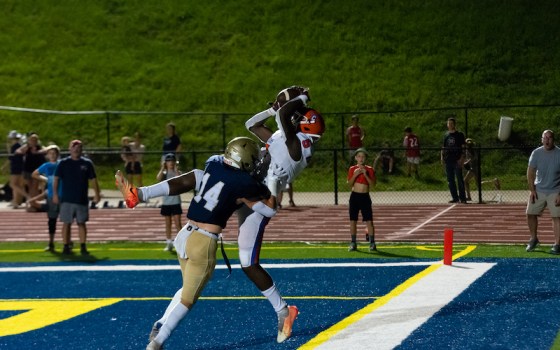 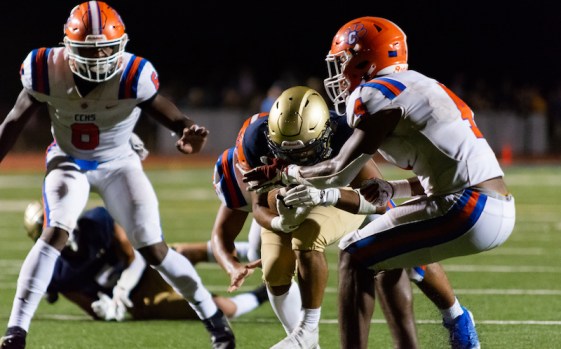 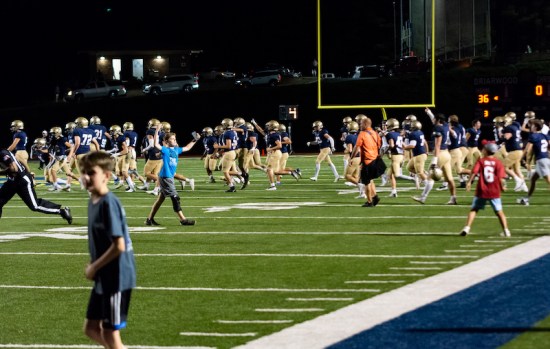 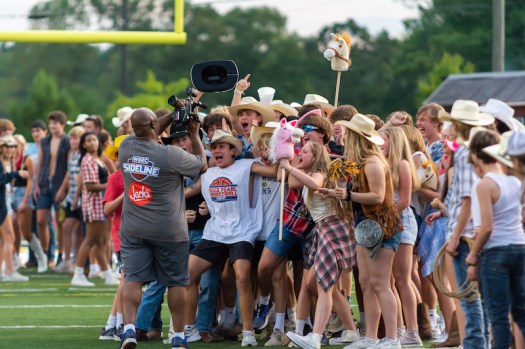 NORTH SHELBY – As if last week’s thrilling win for Briarwood wasn’t enough, the Lions tried their best to one up it a week later against Chilton County on Friday, Sept. 2.

One week after beating Spain Park 23-21 on the final play of the game, the Lions put together another remarkable final-minute victory after starting adversity in the face and walking away with a win.

In a back-and-forth battle with the Tigers to open region play, Briarwood fell behind 29-28 with a minute left in the matchup.

But in familiar territory, the Lions took away the lessons of falling behind 21-17 a week earlier with 1:02 to play and applied that to this week.

Confident in 5-star quarterback Christopher Vizzina leading them down the field again, the Lions didn’t hesitate putting together a very quick and flawless drive that was capped off with Vizzina plunging into the end zone with eight seconds left for what became a thrilling 36-29 victory.

It capped off another impressive showing for Vizzina, who finished with more than 300 total yards and four touchdowns in the win for the Lions, who are now 2-1 (1-0).

The victory also marked a special comeback for Briarwood, who struggled early in the matchup.

Chilton County was able to jump out to a 14-0 advantage in the first six minutes of the game.

The Tigers scored on Briarwood’s first possession of the game following a fumbled snap in the end zone on the punt to take a quick 7-0 advantage. Then, a few minutes later, they scored again on a 12-yard rushing touchdown to make it 14-0 with 6:25 left in the quarter.

That became the score at the end of the opening quarter, but the Lions started to get more comfortable on offense from there.

It started with a 42-yard touchdown pass from Vizzina to Beason to cut the deficit in half late in the second quarter.

Then, after the defense forced a quick stop, that duo connected again on a 13-yard touchdown with 2:16 left in the half to make it 14-14 going into the break.

In the second half, special teams helped spark another touchdown for the Lions when a blocked field goal eventually led to a short touchdown run from Vizzina to give Briarwood the lead at 21-14 with just less than four minutes left in the third quarter.

Chilton County, however, came back with a big play early in the fourth quarter to stay alive. On fourth down, a heaved up pass landed in the hands of the intended receiver just inside the back of the end zone for the game-tying touchdown with 9:27 to play.

It took less than three minutes for Briarwood to respond when Cooper Higgins powered in a short touchdown run to make it 28-21 with 6:50 to play.

Chilton County looked to be responding with a game-tying drive when the Tigers scored with a minute to play, but they then decided to go for two and converted on a reverse pass to make it 29-28.

Now trailing with a minute to play for the second week in a row, the Lions were put to the test.

They didn’t back down at all and went right down the field with comfort to steal the victory away from the Tigers and close out a 36-29 win.

Vizzina finished the game 13-of-28 for 221 yards with two touchdowns through the air, while he totaled 97 rushing yards and two additional touchdowns on 17 carries to lead the Lions’ offense. Evan Robson added 50 yards on six carries in the rushing attack, while Brady Waugh led Briarwood with 74 yards on four catches in the receiving game.

Beason had a big game as well with his two touchdowns, totaling 60 yards on three catches.

Briarwood will now travel to Pelham on Friday, Sept. 9 for another important region showdown.