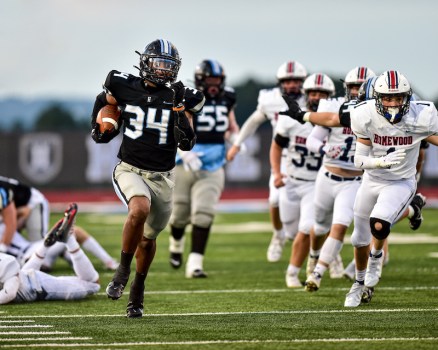 The Helena Huskies couldn’t overcome quick scoring spurts from Homewood in the second and fourth quarters of a region-opening game on Friday, Sept. 2, ultimately leading to a 24-15 loss. (For the Reporter/Jeremy Raines) 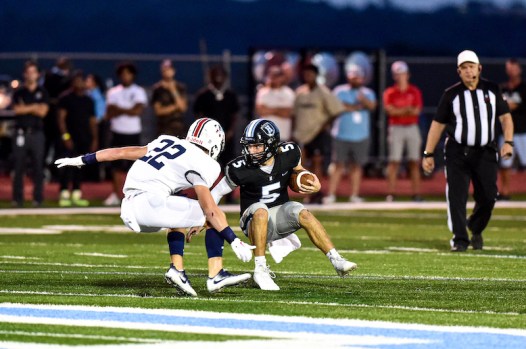 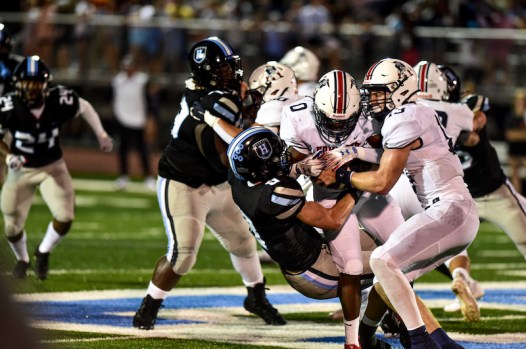 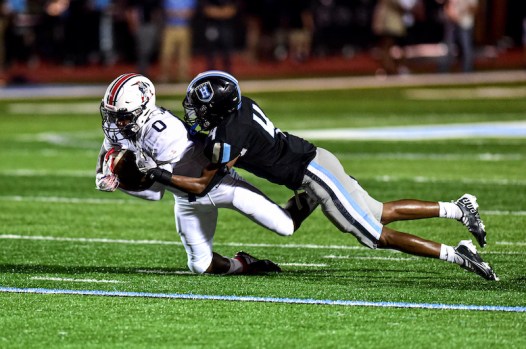 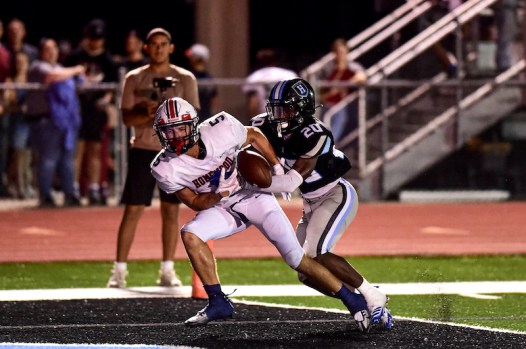 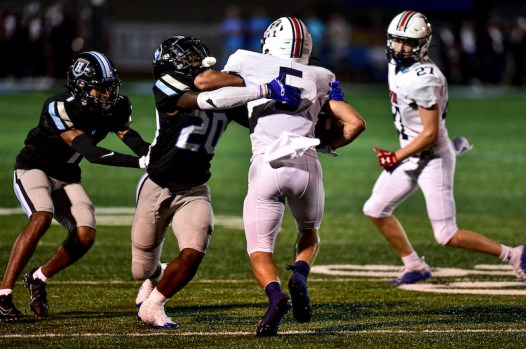 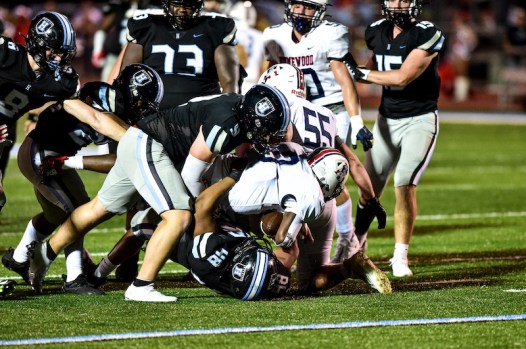 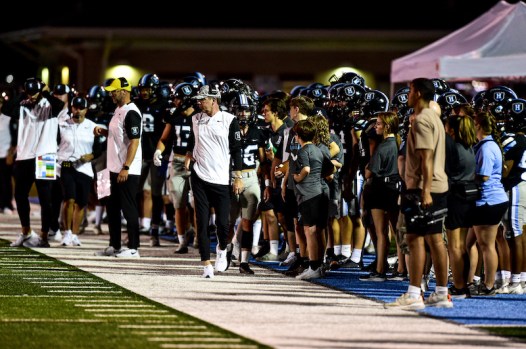 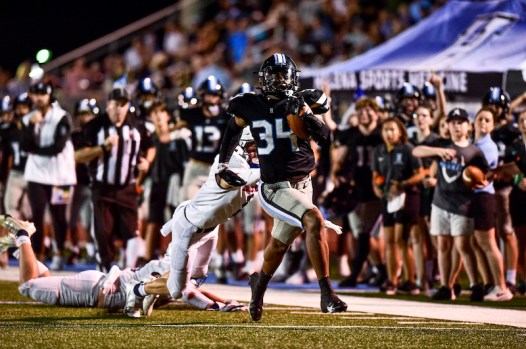 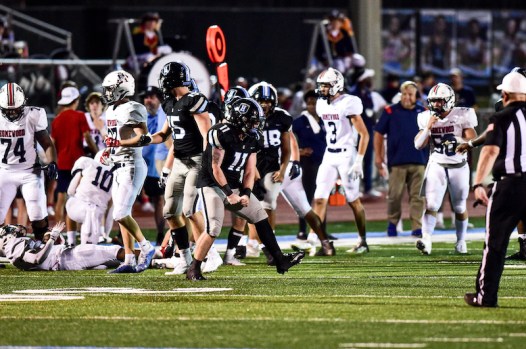 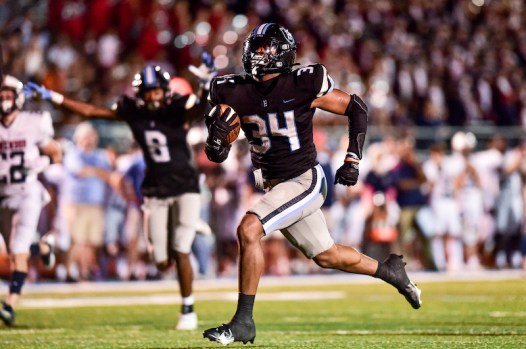 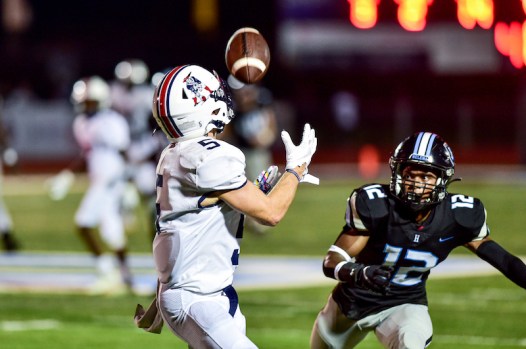 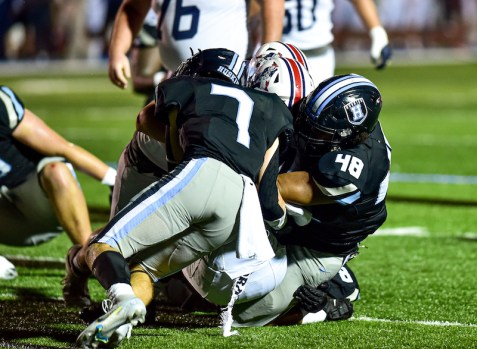 HELENA – Trailing 14-0 to start the second half of a big region opener against Homewood, the Helena Huskies put together a spirited effort in the third quarter that saw them score 15 unanswered to take a 15-14 lead.

Unfortunately for the Huskies, Homewood bounced back with a big series of events in the final period that ultimately made the difference in a 24-15 loss for Helena.

The Huskies entered the second half trailing 14-0 after a quick spurt from the Patriots late in the second quarter.

A defensive battle for the first 19 minutes of the game saw an outburst from Homewood late in the first half.

The Patriots converted on fourth-and-11 midway through the second quarter, eventually capitalizing with a touchdown run for a 7-0 advantage with 3:38 left in the half.

Then, after a defensive stand, Homewood got the ball back and put together another strong and quick drive. Sparked by a big pass play down the sideline, they got deep inside Helena territory in a hurry.

Less than 30 seconds later, the Patriots scored on a touchdown pass to take a 14-0 lead with three seconds left in the half, ultimately holding that advantage at the break.

As we’ve seen from Helena in recent years, however, the Huskies came out ready to roll in the second half.

The defense quickly forced a three-and-out, giving the ball back to the offense looking to finally get in sync.

Helena’s physical ground game finally paid off when Jordan Washington put Helena on the board with a touchdown run before then plunging in a 2-point conversion attempt to make it 14-8 with 6:35 to play in the third quarter.

The defense then stepped up again with an interception on the ensuing Homewood drive, giving it right back to Helena at the 28-yard line.

Shortly after, the Huskies faced fourth-and-1 at the Homewood 30-yard line. It was a no-brainer to go for it with their talented run game, and it paid off.

Washington busted through the line, broke a tackle at the second level and sprinted the rest of the way for a 30-yard touchdown to put Helena on top 15-14 with 2:19 left in the third quarter.

Now with all of the momentum entering the final quarter, it looked as if the Huskies were in good shape on their home field, but Homewood wasn’t ready to roll over.

The Patriots started the fourth quarter with a strong drive, but Helena did good to hold them to a field goal.

That put the Patriots back in front 17-15 with 8:13 left, but the Huskies had the confidence of scoring on consecutive drives offensively.

On the ensuing kickoff, however, a fumble gave the ball right back to Homewood at the 29-yard line.

Now a two-score game late in the fourth, it was too much for the Huskies to overcome. They turned it over on downs with 5:07 left and Homewood did a good job of milking the clock from there, not giving the Huskies another chance on offense.

Washinton set the tone for Helena with 185 yards and two touchdowns on 18 carries.

With the loss, Helena is now 2-1 overall and 0-1 in region play. The Huskies will now hit the road to take on Chilton County next week in another important region game.