Holtville too much for Shelby County in region opener 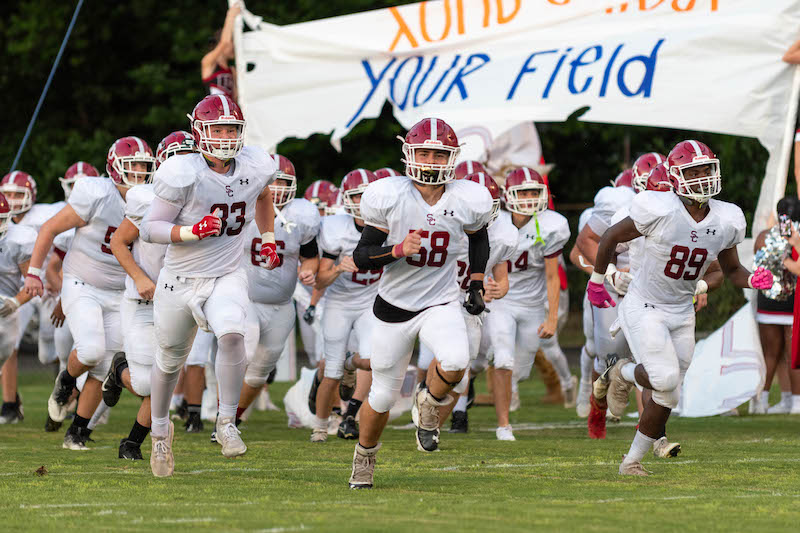 Shelby County fell short against Holtville on Friday night, Sept. 2 after a slow start to the game put them in an early hole and eventually led to a 34-13 loss. (File)

COLUMBIANA — The Shelby County Wildcats could not overcome a 0-28 deficit in the second half versus Holtville on Friday night, resulting in their first loss of the season, 34-13.

Shelby County coach Zeb Ellison said the young team made some early mistakes, but he called the second half a “bright spot.”

“We shot ourselves in the foot a couple of times,” Ellison said. “We did not play very good football in the first half; in the second half we came out and played hard. I was proud of our kids the way they fought and cleaned up some of our mistakes.”

The Holtville Bulldogs led by a touchdown at the end of the first quarter, but by halftime they had quadrupled their lead to 28.

It was Shelby County’s Carter Sheehan who scored a 14-yard touchdown run with about 8 minutes left in the third quarter to put the Wildcats on the board.

In the fourth, Dominic Woods recovered a Bulldog fumble in the end zone to give the Wildcats another touchdown. Following a missed PAT, the score was 13-28.

But the Bulldogs would stack on another score before ending the night with a decisive victory.

In all, Shelby County tallied 70 passing yards and 42 rushing yards. Defense leaders were Bradley Horton with 8 tackles and Cooper Pennington with 7 tackles.

Both teams have a 2-1 record going into their fourth week, as Shelby County is scheduled to play Jemison at home and Holtville prepares to face Selma on the road.