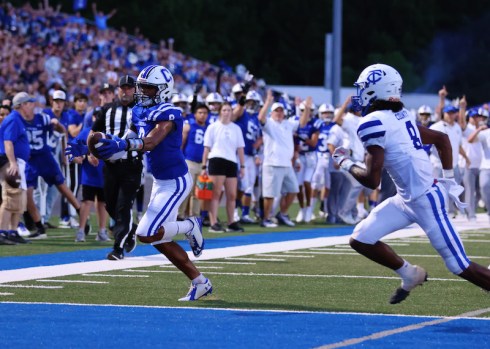 Chelsea fell to Tuscaloosa County 42-41 on Friday, Sept. 2, aft the Hornets missed a 2-point conversion attempt with 1:19 left to play. (For the Reporter/Cari Dean) 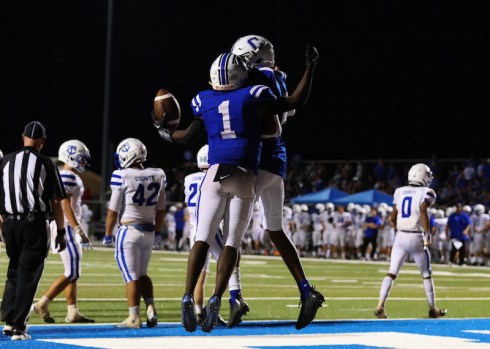 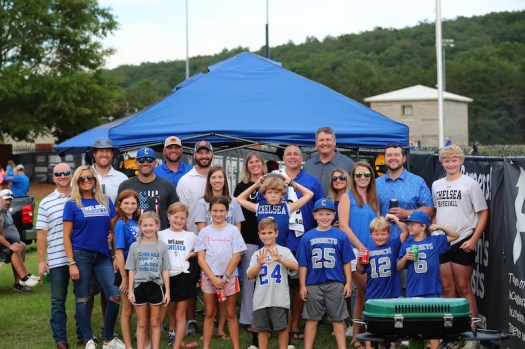 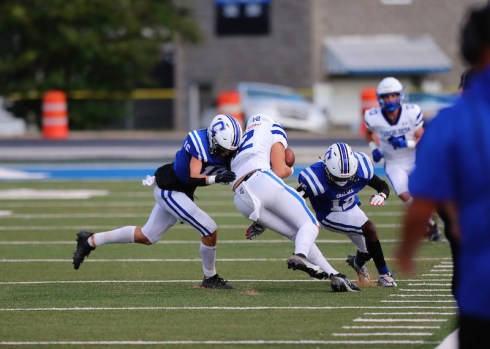 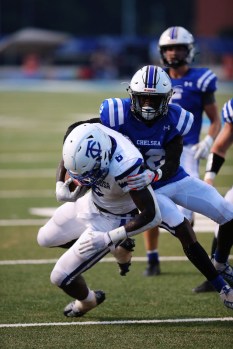 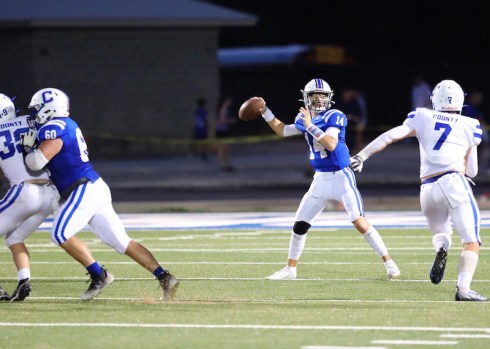 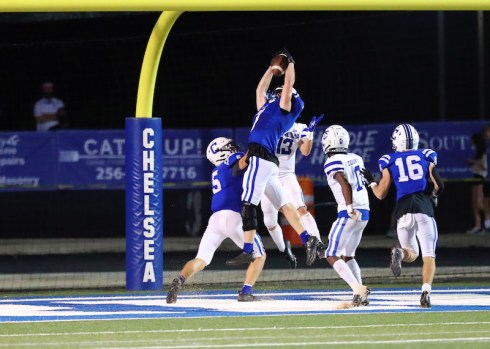 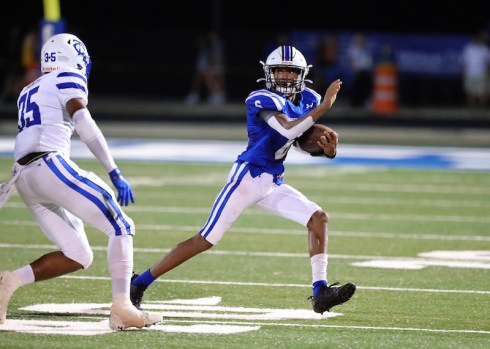 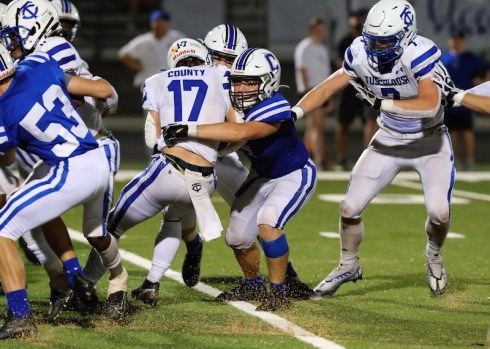 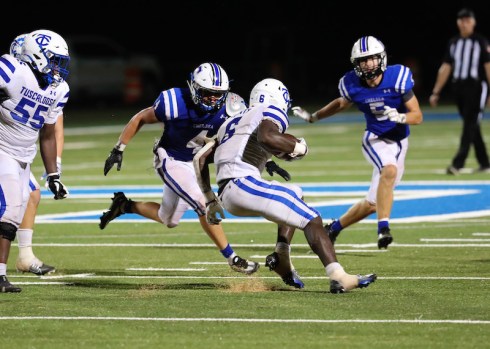 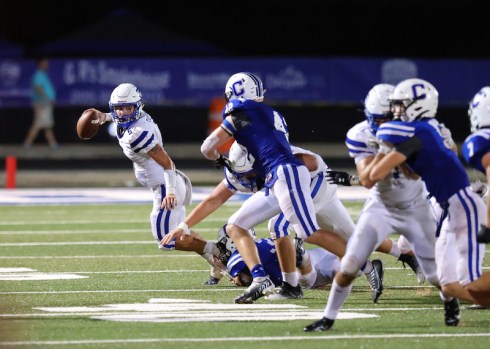 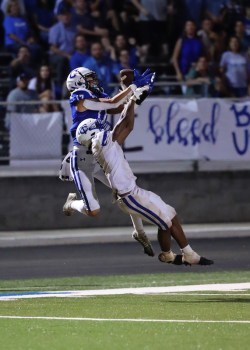 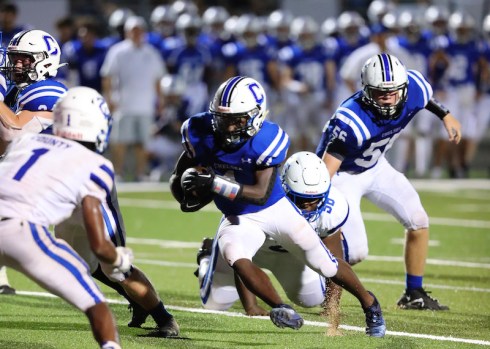 CHELSEA – On a special night at Chelsea High School, the outcome wasn’t the one the Hornets’ football team was hoping for, but they left no doubt they were going for the win and nothing short.

That was no more evident than in the final two minutes of a wild back-and-forth game between Chelsea and Tuscaloosa County on a night in which the Hornets were playing their first Class 7A, Region 3 game on their brand new state-of-the-art turf.

After falling behind 42-28 with eight minutes to play, the Hornets, continuing a trend throughout the game, stormed back over the final minutes.

The first touchdown of the stretch came on a 20-yard pass from Carter Dotson to MJ Conrad to make it 42-35 with 5:40 to play in the matchup.

The Hornets then came up with a big defensive stand, capitalizing on a negated touchdown call by forcing a punt shortly after.

On the ensuing offensive drive, Chelsea built off of the offensive confidence and quickly marched down the field with a big pass play that set up a rushing touchdown from Emerson Russell with 1:19 to play.

With 160-plus rushing yards for Russell to that point in the game, head coach Todd Cassity decided to capitalize on the hot hand. The Hornets ultimately went for two on a run that put it back in Russell’s hands, but the Tuscaloosa County defense was ready for it, stuffing the play and keeping Chelsea in a 42-41 deficit.With 1:19 to play, that became the final chance for the Hornets, who went for the win on their home field rather than playing for overtime.

It capped off a thrilling game between the two teams that went back and forth the entire night.

The Hornets fell behind 7-0 late in the first quarter on a Tuscaloosa County quarterback rushing touchdown, but they then responded with an 11-yard touchdown pass from Dotson to Jydarian McKinney to tie it with 1:47 left in the quarter.

Then, early in the second quarter, that connection hit for a 47-yard pass play that set up a touchdown run for Russell shortly after to give Chelsea a 14-7 advantage.

From there, missed tackles and a turnover became costly to end the half.

Tuscaloosa County evened the score shortly after at 14-14. Then, after a Chelsea turnover, the Wildcats were able to add one more touchdown with 36 seconds left in the house to give them a 21-14 advantage at the break.

That’s when Chelsea’s battle back started. It was an uphill climb, but they never stopped fighting.

The Hornets scored three minutes later to make it 28-21, but it took just two minutes for Tuscaloosa County to score again and make it a 14-point game again.

That became the trend as the two teams traded touchdowns again, leading to the 42-28 game with eight minutes to play.

That’s when Chelsea hit the gas pedal and fought back to within one before ultimately missing the two-point try.

Chelsea will travel to Oak Mountain next week for a rivalry and region battle with the Eagles.