Now 4-0, Evangel is on a shutout streak 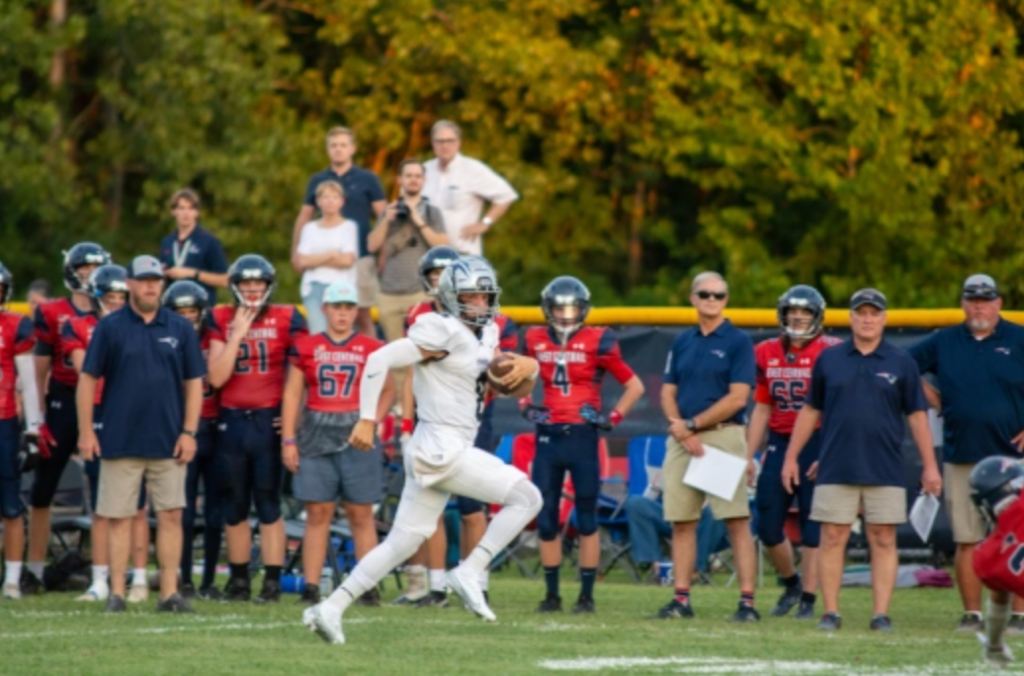 By CHRIS MEGGINSON| Special to the Reporter

CAMP HILL–Evangel Christian School rolled to another shutout in 8-man football on Sept. 2, defeating  Southern Prep Academy, 41-0. The Lightning has defeated its last three opponents, now making them 4-0 for the season.

“I know in 8-man football, three-straight shutouts is very impressive,” ECS head coach Tim Smith said. “Our defense plays hard and is really bought into what we’re doing this year, which is a little different than in the past. We make mistakes, but their speed makes up for it.”

The Lightning scored all of its points in the first half after taking a 27-0 lead in the opening quarter on touchdown runs of 38 and 60 yards by Hunter Atkins. Sandwiched between Atkins’ touchdowns was an 18-yard touchdown run from Judah Thompson. Eli Whitfield closed the quarter with a 31-yard strike to Kyle Jones. He was 5-of-8 passing for 57 yards.

With a hot clock in the second quarter, Atkins scored from 13 yards out for his third touchdown to finish with 149 yards on seven carries. Tyler Wilson was the second-leading rusher with 33 yards on four tries. The defense capped the night with a 35-yard pick-six by Hayden Black, the third pick-six in four weeks by the ECS defense.Reid Castleberry led the defensive front with five tackles and a sack, while Grady Watkins had three tackles, two for a loss. Jones also had a sack and forced fumble.

ECS (4-0) returns home next Friday to host the Tennessee Heat out of Nashville.