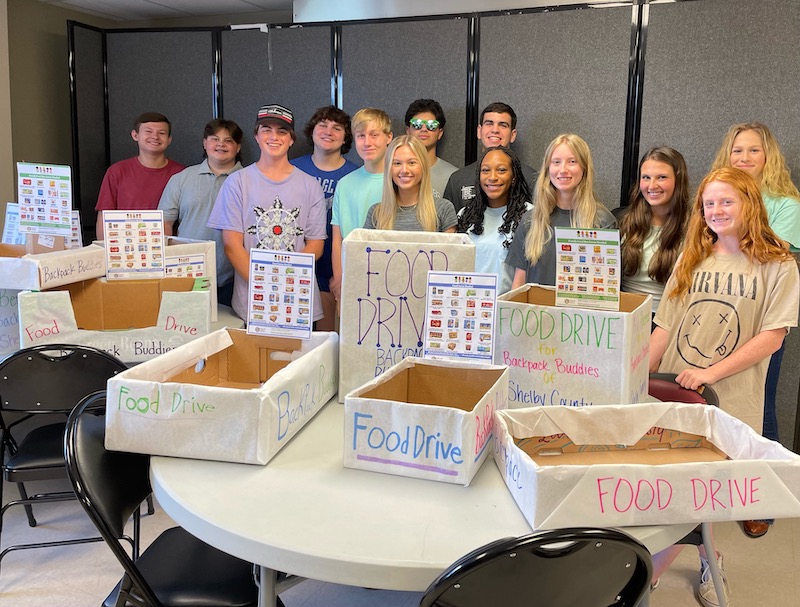 HELENA – Former Helena High School student Kaitlin Glawson has always had a passion for helping others. For the past three years, Glawson has made it part of her personal mission to fight food insecurity in the Shelby County area.

In April, Glawson won the title of Miss Teen Alabama United States, and she has taken the opportunity to use her platform to raise awareness of the issue. With Glawson’s encouragement, the city of Helena declared the month of September to be Food Insecurity Awareness Month, and Glawson is currently holding a food drive to help those affected by food insecurity.

“I decided to partner with Backpack Buddies because I’d been working with them for three years through the Helena Belles and I just love the organization,” she said. “I’ve been promoting the organization and raising money and bringing in food donations.”

Backpack Buddies is an organization that helps provide weekend meals for Shelby County children who may not be able to afford food outside their school lunches. The food drive will take place throughout the city of Helena during the month of September.

On Sunday, Aug. 28, Glawson worked with the Helena Teen Council to build boxes to place around the city for the food drive. People who are unable to go out and donate food can donate to Glawson’s GoFundMe for the drive instead. 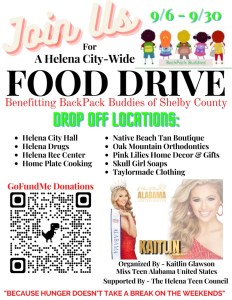 Glawson said she wants people to understand how pressing an issue food insecurity for children really is.

“I realize that if I’m hungry, I know that I can go to my pantry and get a snack, but there are children out there who don’t have that opportunity,” she said. “If they’re hungry, they won’t know where their next meal is coming, and that realization just really hit me hard.”

She continued that food insecurity for children affects them all the way into adulthood and primarily hits children in single parent households and in the foster care system. Glawson said weekender programs like Backpack Buddies are a vital way to give a voice to those who cannot advocate for themselves.

“Even though we live in Helena, there are still children in our school system who don’t know where their next meal is coming from, and it’s even worse in other counties that don’t have as much funding for their school systems,” she said.

Glawson said she’s hoping to get involved with other weekender programs throughout the state and even in surrounding states to spread awareness about food insecurity. She added she is grateful to have the official title of Miss Teen Alabama as it aids in her mission to help others.

“Having this title opens so many doors that somebody else can’t get into,” she said. “It gives your influence a step up to help causes like this. After I won this title, I felt myself being pulled in to help more in these organizations because I have an official platform to do so.”

The food drive is going until the end of September throughout the city of Helena. For more information, reach out to Kaitlin at kaitlin.glawson@gmail.com. To donate via Gofundme, visit Gofundme.com/f/Helena-al-food-drive-benefitting-backpack-buddies.