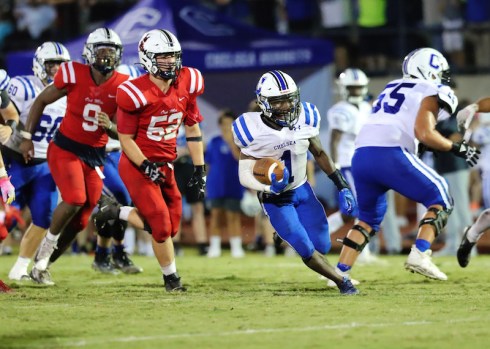 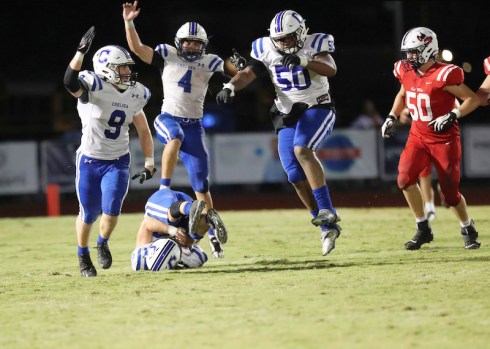 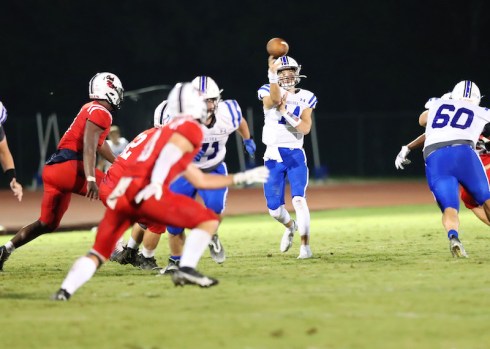 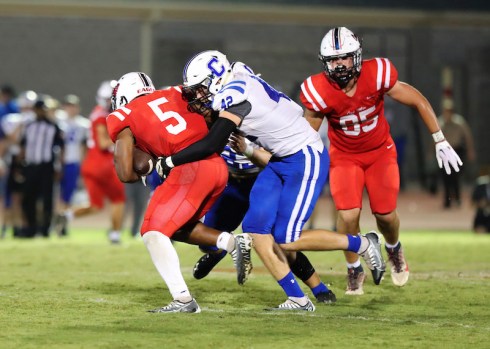 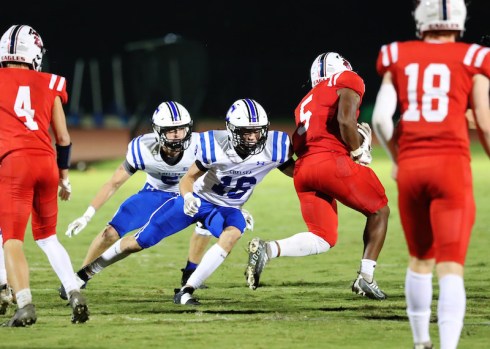 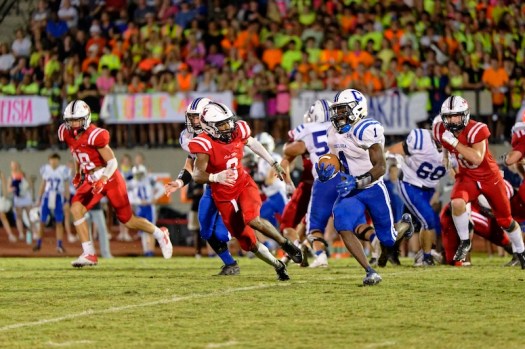 The Chelsea Hornets took down rival Oak mountain 21-7 on Sept. 8 to pick up their first win of the 2022 season and improve to 1-1 in region play. (For the Reporter/Barry Clemmons) 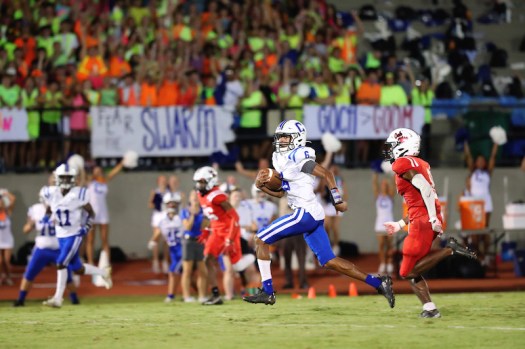 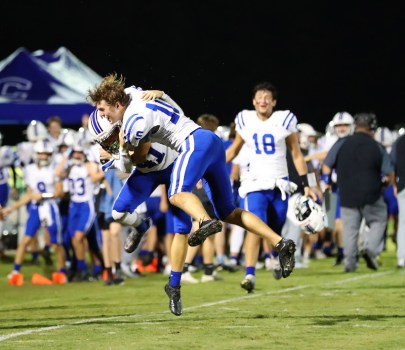 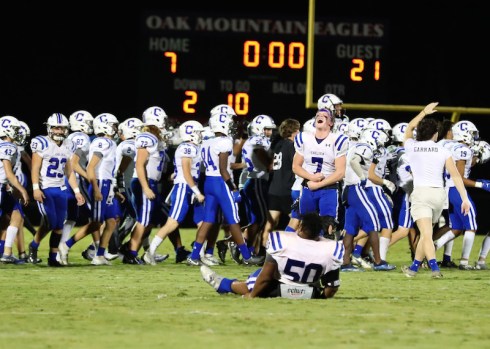 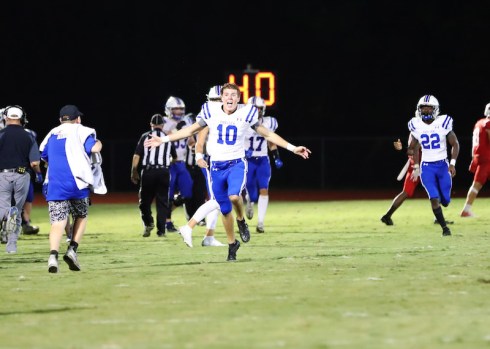 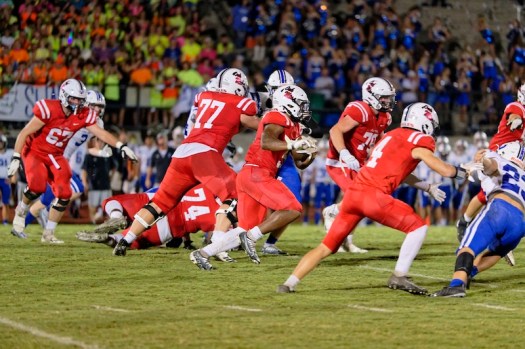 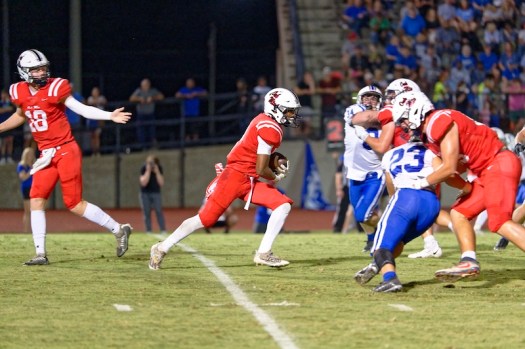 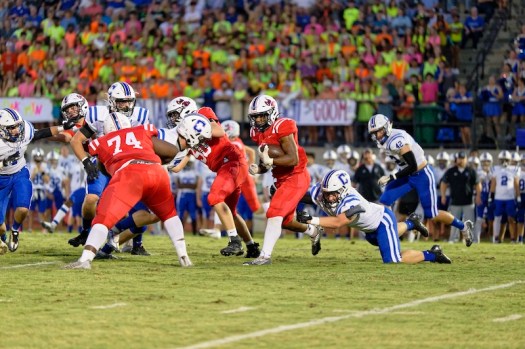 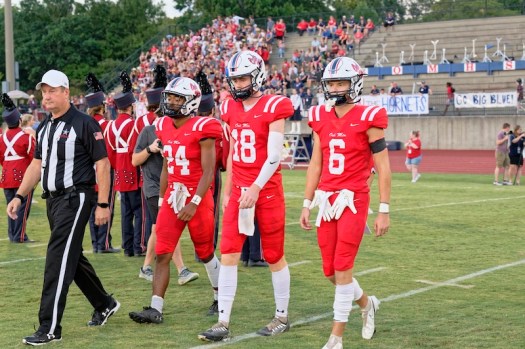 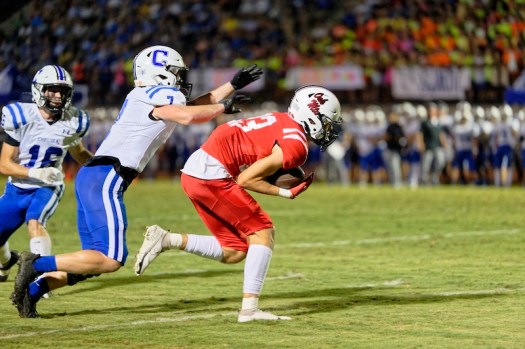 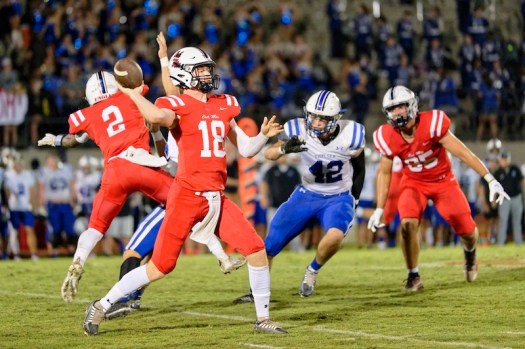 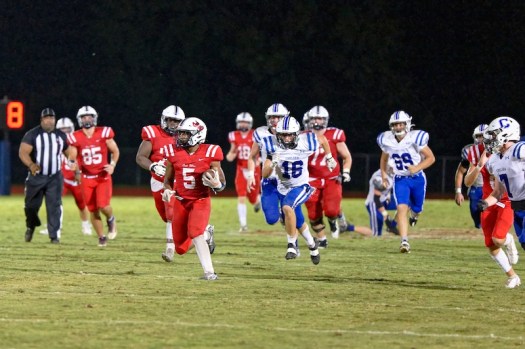 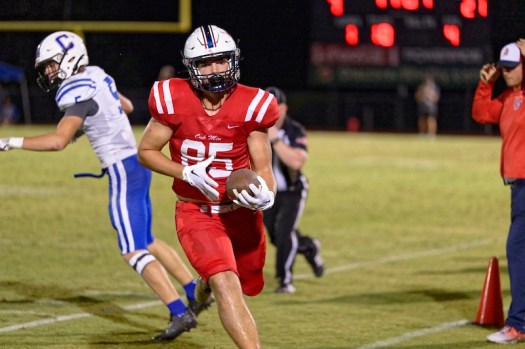 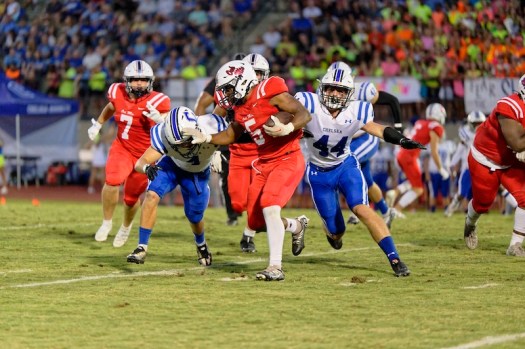 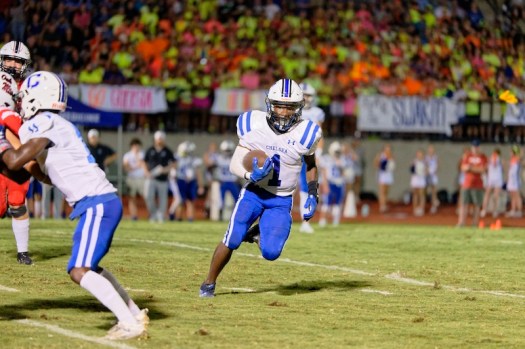 NORTH SHELBY – Following weeks of heartbreak, the taste of success was even sweeter for the Chelsea Hornets and first-year head coach Todd Cassity on Thursday night, Sept. 8.

Taking on rival Oak Mountain fresh off back-to-back losses by four points or less and three straight losses to start the season, the Hornets entered the game looking to make a statement.

Not only did they do it, they limited one of their biggest rivals to seven points in a 21-7 victory to pick up the team’s first win under Cassity and the first as a Class 7A in a challenging Region 3.

Behind three first-half touchdowns, Chelsea built a 21-0 lead at the half on the Eagles and relied on its defense the remainder of the way to pick up the 14-point victory.

The win gave Chelsea its first of the season, as the Hornets improved to 1-3 overall, but more importantly, they are now 1-1 in region play, while the Eagles fell to 2-2 on the season and 0-2 in the region.

It also marked a continued upward trend for Chelsea offense, while the defense bounced back after giving up 42 a week ago.

In their first two games of the season, the Hornets scored six points in losses of 28-6 and 10-6, but last week, they flipped the script with 41 in a region-opening 42-41 loss to Tuscaloosa County.

This week, however, not only did the offense build off of the momentum it gained a week ago, but the defense responded.

Chelsea racked up more than 400 yards of offense in the win, and that was largely due to another massive night from running back Emerson Russell.

After a strong game a week ago that featured more than 150 yards, Russell was right back at it for the Hornets in this one, setting the tone early.

Those short runs, however, only accounted for 7 of his 186 yards on 29 carries to lead the Hornets in the victory.

Sophomore quarterback Carter Dotson also had another big night, as he got in on the action late in the first half with an 11-yard touchdown pass to EJ Hudnall that made the score 21-0 going into the halftime break.

Looking to make adjustments and mount a comeback, Oak Mountain was able to make the game interesting in the third quarter when sophomore quarterback Will O’Dell hit Sawyer Smith for a 19-yard touchdown pass that brought the Eagles to within 14 points at 21-7 midway through the third quarter.

Chelsea’s defense, however, settled in after that, while a fake punt on special teams from Jack Seymour late in the game ultimately cemented the win for the Hornets. Seymour took the snap from Tyler Kirkland and bolted to his left with the Eagles coming all out for the block. Seymour ran directly by each of the oncoming defenders and sprinted up field before going down to allow the Hornets to kneel down and run out the final seconds.

Oak Mountain was led by running back Trey Vassell with 140 yards on 17 carries, while O’Dell finished with 117 yards and a touchdown on 8-of-24 passing.