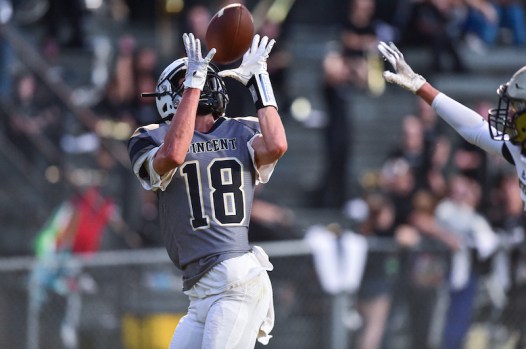 The Vincent Yellow Jackets continued their best start since 2001 on Thursday, Sept. 8 with a third consecutive shutout in a 53-0 region win against Fayetteville. (For the Reporter/Jeremy Raines) 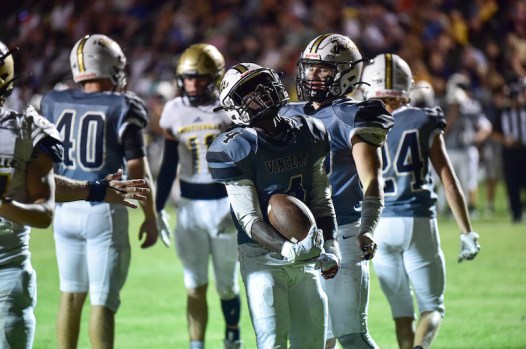 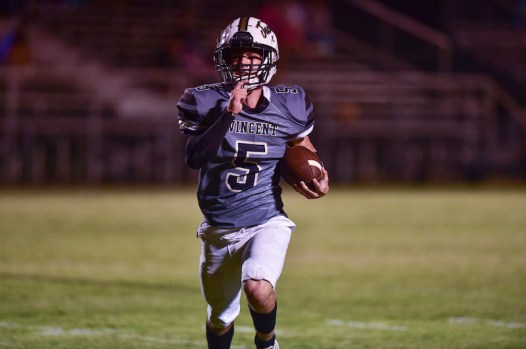 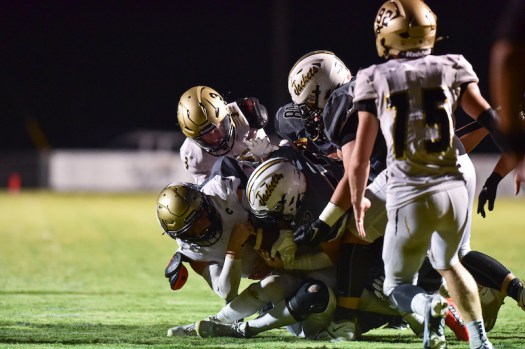 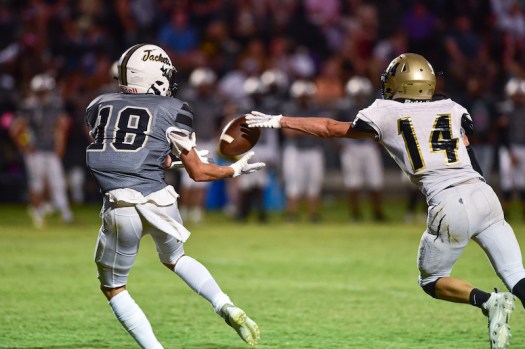 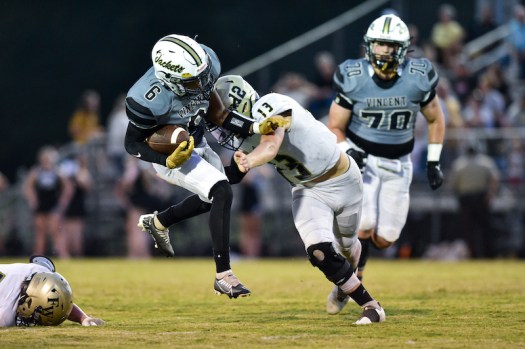 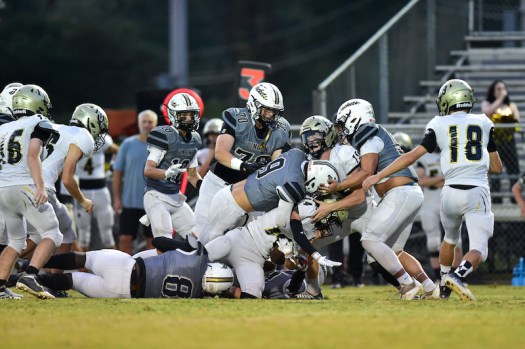 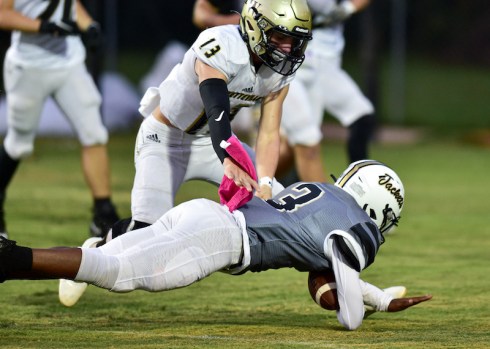 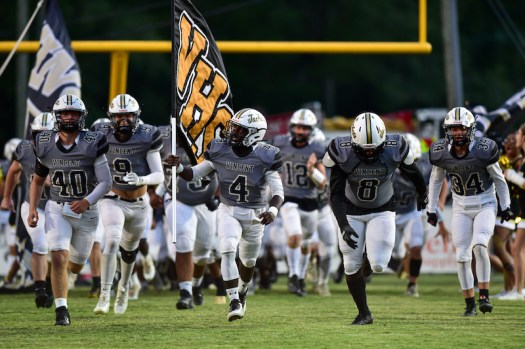 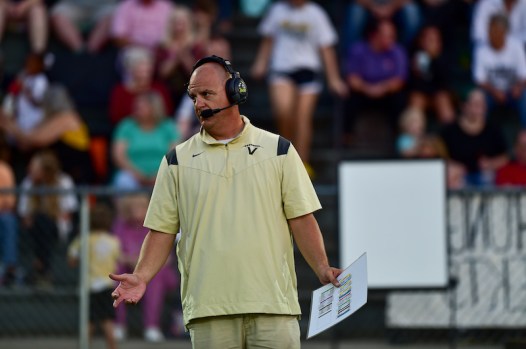 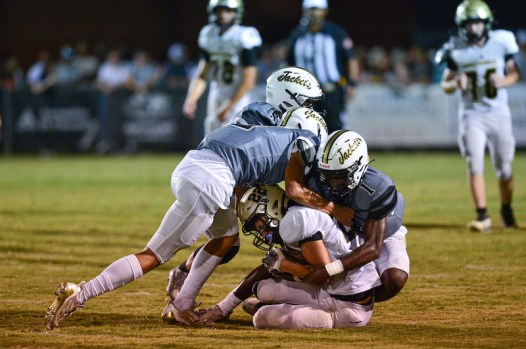 VINCENT ­– Vincent stayed perfect on the season with a 53-0 region win over Fayetteville on Thursday, Sept. 8.

The win improves the Yellow Jackets to 4-0 overall and 2-0 in Class 2A, Region 4 play, and sets up a showdown next week with B.B. Comer.

Vincent scored a touchdown on its first play from scrimmage, a 49-yard run by Keetlyn Pelmer, and never looked back.

Pelmer also ran in the 2-point conversion, and after a three-and-out for the Wolves, a five-yard drive concluded with a 19-yard pass from Blake Allums to Zac Carlisle.

This time, the 2-point conversion try was unsuccessful, and VHS led 14-0.

Allums and Carlisle connected again, this time on a 42-yard touchdown pass, to make it 20-0, and the point-after try was no good.

Still in the first quarter, RyKelus Robertson powered a four-play scoring drive with runs of 7, 42 and 8 yards, before Allums threw to Aiden Poe for the 5-yard touchdown pass.

Ty’Qun Goodman’s 2-point conversion was good for a 28-0 Vincent lead, which would be the score at the end of the first quarter.

In the second quarter, Allums found Mattson Davis for an 11-yard touchdown pass, but the Jackets missed the extra point to leave the lead at 34-0.

Then in another quick-strike, three-play drive, Allums passed to Tray Youngblood for a 4-yard touchdown and 40-0 lead.

Quenterrius Robertson found paydirt from six yards out to make it 46-0, and then Casen Fields wrapped up the scoring with a 15-yard touchdown run late in the first half of play.

The teams agreed to shortened quarters and a running clock in the second half.

Carlisle had 81 yards receiving with two touchdowns, and RyKelus Robertson was Vincent’s leading rusher with 87 yards on the ground.

Though Friday’s contest was not close, Vincent Coach Lucas Weatherford said that is not likely to be the case on Sept. 16 when B.B. Comer visits.

“We have to focus on going 1-0 next week, like I tell them every week,” Weatherford said. “This is a state title contender coming in in B.B. Comer. We’ve had some success, but we’re going to find out now if we’re ready for the big time. It will be a four-quarter battle.”