Farrington’s five touchdowns not enough as Calera falls to Homewood 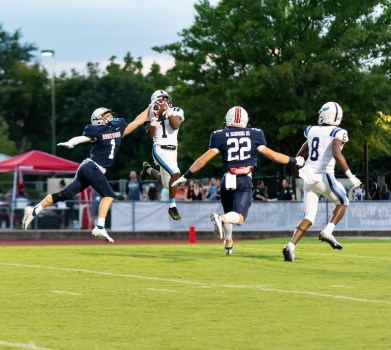 The Calera Eagles got five touchdowns and more than 300 yards from Braylyn Farrington against Homewood on Thursday, Sept. 8, but a slow start to the second half became costly in a 48-38 loss. (For the Reporter/Markee Canada) 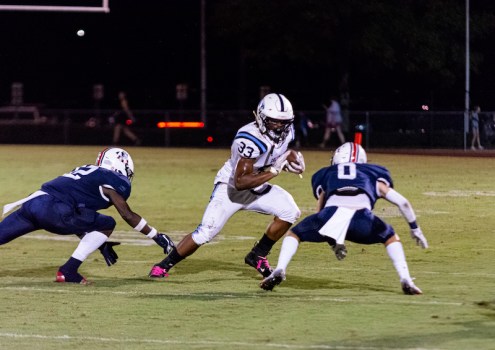 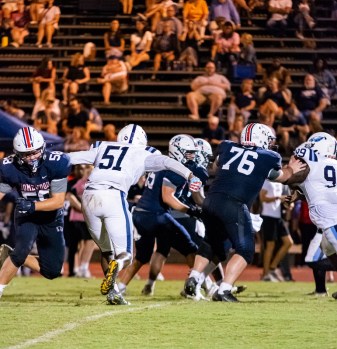 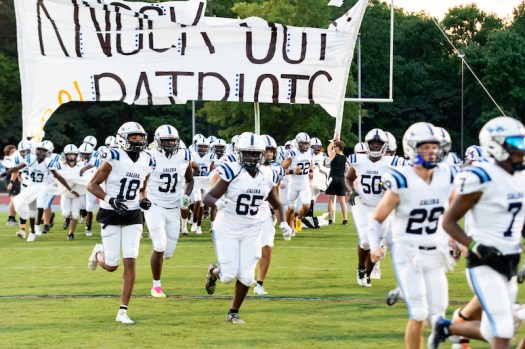 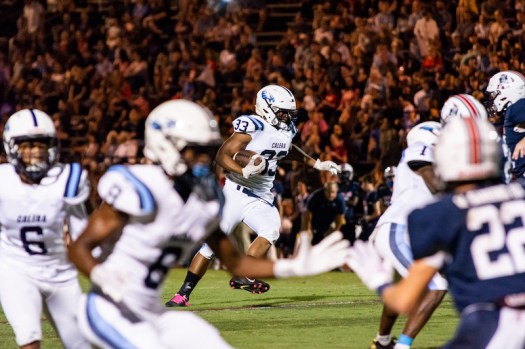 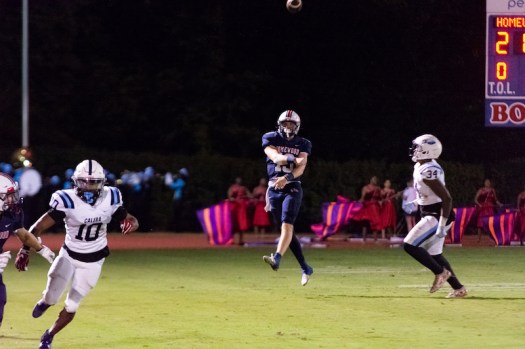 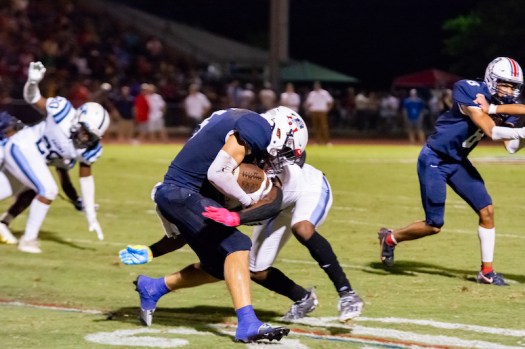 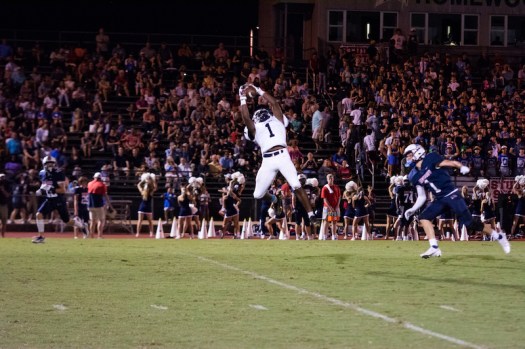 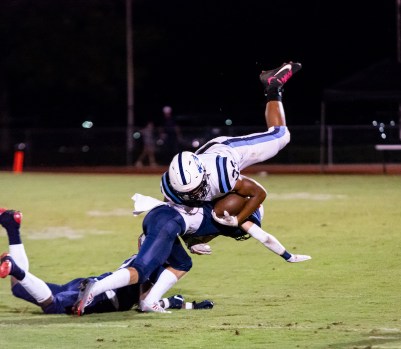 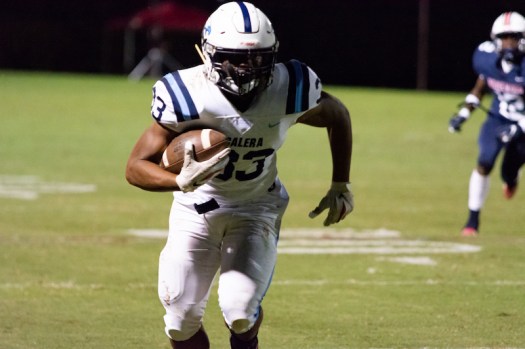 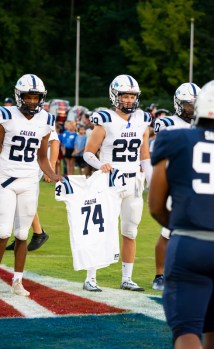 HOMEWOOD – It was a banner first half for the Calera Eagles’ offensive on Thursday, Sept. 8, but the Homewood Patriots used a strong start to the third quarter to take a region matchup between the two by a final score of 48-38.

“It’s tough,” Calera head coach Jason Hamlin said postgame. “I mean, we finally got what we wanted offensively, to step up and make some plays and move the football and get some points on the board, but defensively, we just struggled to slow them down or even stop them at times.”

The game looked like it would be a shootout in the first half, but the pace slowed in the second half as Homewood’s defense came up big and the offense found ways to score.

Calera came out firing as Braylyn Farrington caught a touchdown pass just 30 seconds into the game.

Homewood responded with a long drive that saw Woods Ray link up with Charlie Reeves up the middle that tied up the game.

After back-to-back punts, Farrington opened the second quarter with a rushing touchdown to give the Eagles back the lead.

Three plays later, Homewood’s Tripp Gann caught a ball in the middle of the field and ran it in 78 yards for the score.

After the Patriots tied it up, Preston Stokes launched two deep balls, and the second connected with Farrington for his third score of the half to put Calera up 21-14 early in the second quarter.

Ray then threw a 37-yard pass to Hunter Drake to set up his own touchdown run to tie the game at 21.

On the next drive, Stokes’ pass was tipped by an Eagles receiver and then caught by Farrington who took it from midfield to the house for his fourth score of the half.

The Patriots kicked a field goal before the end of the half after being set up on the 10 by Jackson Parris, which took the Eagles into halftime up 28-24.

Calera had back-to-back punts to open the second half, and both were short enough to give Homewood favorable field position. The Patriots took advantage and scored both times, the first on Reeves’ second score of the night to give Homewood the lead and the other on the first play of the drive by Parris.

Once the Patriots got in front, they never looked back, responding to a Calera field goal with a Calyb Colbert touchdown run.

Farrington gave the Eagles life again with a kickoff return for a touchdown, but another answer for Homewood became too much.

Calera got the ball back twice with less than five minutes left but came up empty both times and Homewood walked out of Waldrop Stadium with a 48-38 win.

Farrington ended the night with 341 all-purpose yards and five total touchdowns, with three receiving, one rushing and one kick return score.

After the game, Hamlin tipped his cap to Farrington, calling him a “dynamic playmaker” and Homewood’s offensive coordinator for neutralizing their best weapon, their defensive line, with quick passes. He mainly chalked up the loss to the Eagles’ slow start to the second half.

“We just came out flat,” Hamlin said. “We came in thinking they were just going to roll over, and they’re a second half team, they found a way to battle, they dug deep and fought for something and we gave them a little bit of a lead and it was kind of too little, too late.”

Overall, Hamlin is encouraged by the offense’s performance going into next week’s matchup with Chilton County as long as they finetune their weaknesses.