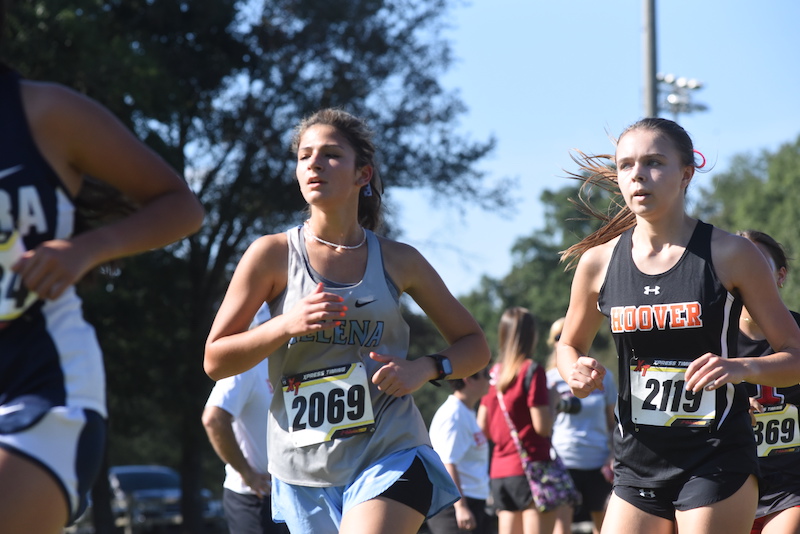 Senior, Cady McPhail from Chelsea placed 5th out of the 225 girls who placed Saturday morning, McPhail timed at 18:46:11. Freshman, Ty Cason, and sophomore, Juliette Edwards placed in the top 20 for the Hornets.

Although the girl’s team for Helena didn’t place overall in the invitational on Saturday, junior, Ashlynn Beery placed 53rd timing at 20:28:24.

Thompson and Spain Park participate in the Southern Showcase in Huntsville Alabama on Saturday, Sept. 17. While Oak Mountain hosts Calera and several other schools in their own invitational.