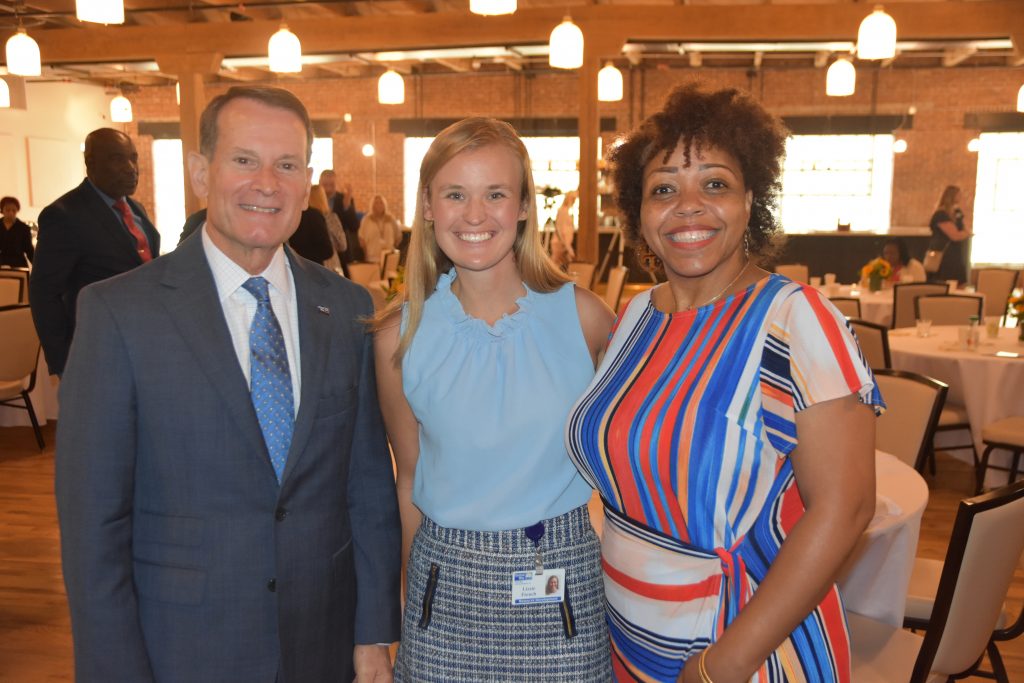 Connor, alongside his Pacesetter Campaign Team, assisted 53 area companies as they conducted their employee campaigns throughout the summer. A full list of contributors can be found here. Pledges for the campaign totaled  $10,647,653 – $147,653 more than the $10.5 million goal set in place by UWCA.

The Pacesetter Campaign sets the stage for the larger fall campaign when approximately 200 companies will hold their individual employee campaigns. The total campaign goal of $36.5 million for 2022 was announced at the fall campaign kickoff event on Sept. 1.

“It was an honor to serve as this year’s Pacesetter Campaign Chair for such a valuable organization,” said Connor. “At AmFirst, we believe in the importance of giving back to our community, so when I was approached with the opportunity to lead this campaign, I was happy to accept. AmFirst is a strong advocate for United Way and our employees reaffirm that commitment annually by surpassing our previous years’ giving.”

The funds raised by UWCA provide support for more than 80 area organizations, including the Boys and Girls Club of Central Alabama, Goodwill, Big Brothers Big Sisters, American Cancer Society and others. Financial support goes directly to these organizations, many of whom could not exist without the funding from United Way.

“As a community credit union, supporting organizations like United Way is part of who we are,” said Connor. “It’s in our DNA. We know for a fact that the agencies that United Way supports provide critical services to so many in our communities and that enhances the quality of life for all of us.”