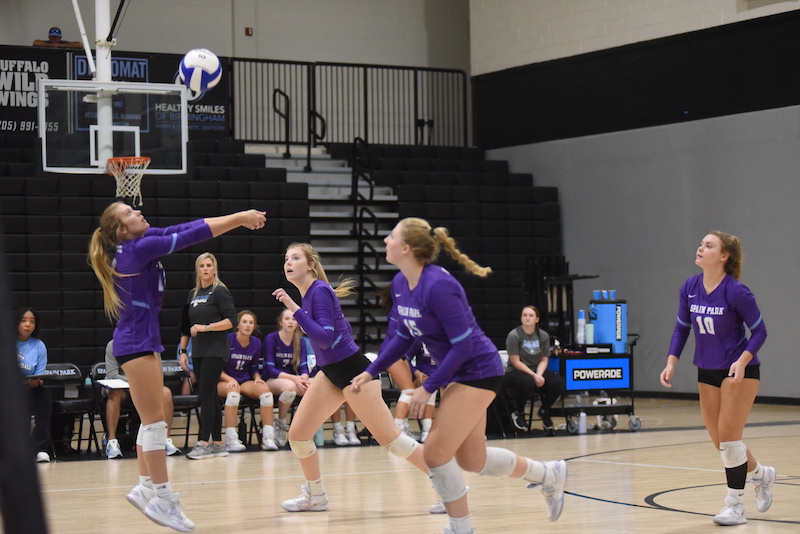 CHELSEA – Spain Park traveled to take on Chelsea Thursday, Sept. 9. The Jaguars took down the Hornets 3-1 in four close sets.

The Jaguars defeated the Hornets 25-21 in the first set. Despite Chelsea’s best efforts and the Hornets beating the Jaguars 27-25 in the second set, Spain Park defeated Chelsea 25-23 and 25-19 in the remaining sets of the match Thursday evening.

Sophomore Reagan Gilbert and Ingersoll led Spain Park with two blocks each, while Allison had the highest number of digs for the evening, totaling 22 throughout the match. Breazeale added 11 digs.

Thompson and Johnson both totaled 17 assists each, while Allison led Spain Park with 25 receptions throughout the evening and Fowler and Ingersoll both had 17 each.

The Hornets were also led by 13 digs from Sartin, while Dojonovic and Pohlmann each had big nights as well with 12 digs. Moore totaled 20 assists to pave the way in that category.

Chelsea takes on John Carrol at home on Tuesday, Sept. 13, while the Spain Park Jaguars hit the road to take on Oak Mountain Tuesday evening.