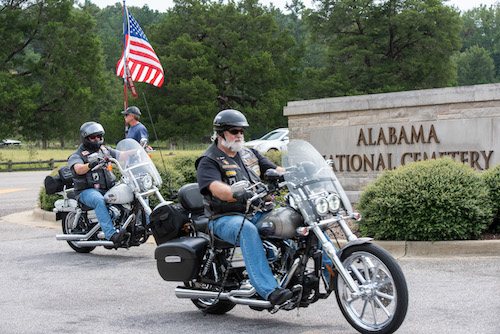 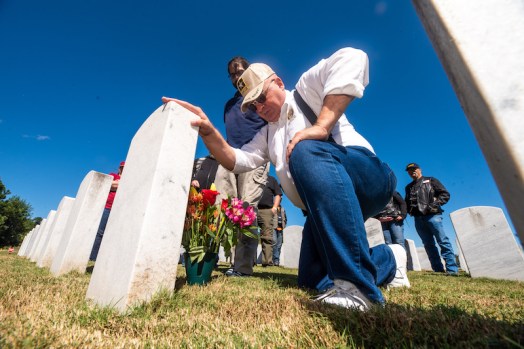 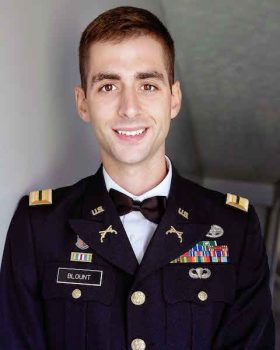 Matthew Blount was named Veteran of the Week and is remembered through an annual memorial ride. (File)

PELHAM – Matthew Blount served as a medic in the U.S. Army before he passed away from cancer in 2012. A memorial ride has occurred every year since his death to honor him as well as veterans all across the U.S.

The Matthew Blount Memorial Ride is set for Saturday, Sept. 17 at 9 a.m. at the Heart of Dixie Harley Davidson Center.

Barry Blount is the father of Matthew Blount and served as a command sergeant major for the Army Reserves and National Guard.

“After Matt’s death, I had to honor him,” Blount said. “At Matt’s death, he whispered to me ‘Dad, you need to take care of our soldiers.’ I had no earthly idea what that would entail.”

Blount said the memorial ride started out small and he is amazed by what it has grown into.

“Most of the original members came out of the First Baptist Church of Pelham,” Blount said. “We had 30 people. I needed 15 to start it and we are over 200 now. I had no earthly idea if any of this would take off.”

A stained-glass window is dedicated to Matthew Blount inside of the First Baptist Church of Pelham.

“It is a praying soldier,” Blount said. “Matt was a medic, and it shows a soldier kneeling at the cross with his medical bag. Matt said the biggest challenge in his life was knowing if the soldiers he plugged the bullet holes for were going to make it back to the hospital.”

Blount said he is incredibly grateful for the support he received from churches and the community during this time.

“A lot of people aren’t aware of how the church supported us and what they did,” Blount said. “I was so blessed to see that. The outpour of support came from the community. I can’t tell you enough what God has blessed us with. Shelby County has really made us successful.”

Blount said that the foundation is run solely on donations.

“Matthew graduated that year as fourth in the nation on the merit list,” Blount said. “He did all of that because he wanted to leave a legacy for his daughter.”

Matthew leaves behind one daughter in his passing, but made sure she is aware that he is always with her.

“To tell you what kind of man he was: He left videos for his daughter for milestones,” Blount said. “He had a heart bigger than he was. That is why he said ‘take care of the soldiers, Dad.’ He left a legacy.”

Matthew beat all odds in his cancer according to his dad.

“The doctors said he had 90 days left,” Blount said. “He lived two and a half years. He was promoted as second lieutenant three days before he passed away. That is how strong Matt was.”

Blount said there is no way he could have done the memorial ride by himself.

“It was a team effort and it was the community. It was the people who surrounded us and made us feel like Matt walked on water,” Blount said.

In addition to Blount serving in the military, all three of his sons, his brothers and his father have served.

“My father said, ‘The Blount’s have served their time.’ We are all Army,” Blount said. “I would ask my boys what their plans were, and they said ‘Dad, we want to stay in the military like you did.’ I retired as a command sargant major.”

Blount said Matthew documented the end of his life via blogs, and they are still available online. It can be found at: www.Matthewblount.wordpress.com

“If you ever wanted to see what was going on between Matthew’s ears, the blog is there,” Blount said.

All proceeds of the memorial ride will go to Reach Across America Foundation.

“I hate to say it,” Blount said. “The National Cemeteries grow every year. By Christmas time, we will make sure there is a wreath on every headstone.”

The ride will occur at 10 a.m. The ride will go through Pelham, Helena and Alabaster. The ride ends in the National Cemetery. Participants are welcome to meet after the ride at Helena’s Beef ‘O’ Brady’s.

More information can be found at Alpost555.com.