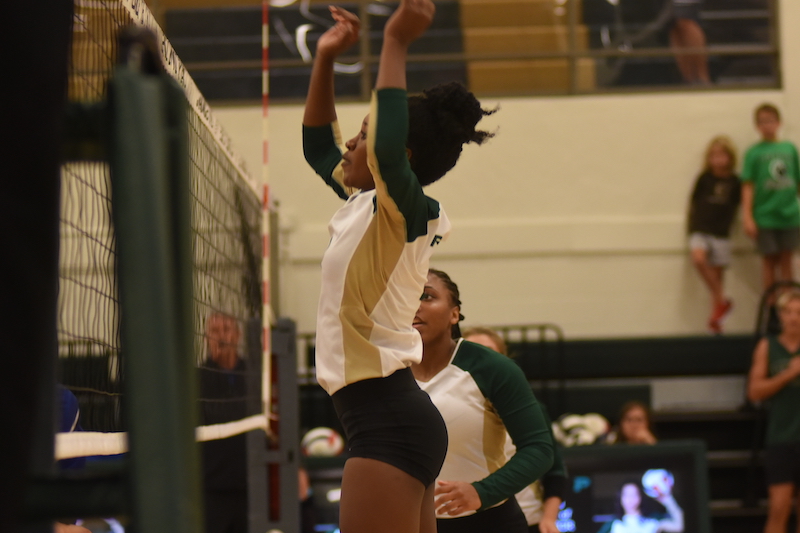 On Sept. 13 Pelham traveled to Helena where the Panthers beat the Huskies 3-1 (Reporter Photo/Lauren Sexton)

HELENA – Pelham traveled to Helena Tuesday, Sept. 13, to take on the Huskies in their latest county matchup. The Panthers beat the Huskies 3-1.

The Panthers were able to start the evening off strong by beating Helena 25-22 and 25-19 in the first two sets. Pelham had obtained a two-set lead over the Huskies before the start of the third set.

Helena had a big comeback during the third set of the match, winning 25-21. In their attempt to win the fourth and final set, Helena fell to Pelham 27-25.

In addition to leading the Panthers in kills for the evening, Smith led with 28 kills and Emma Studdard and Wynn followed with 20 and 17 kills.